Harriet Tubman made some 13 missions to rescue approximately 70 enslaved people, including family and friends, using the network of antislavery activists and safe houses known as the Underground Railroad believing as a free woman, her relatives and loved ones had to be free from the drudgery of slave work.

While her Underground Railroad work is well known, not many people are conversant with her private life and so we look at the woman born Araminta Ross in March 1822, who later became Harriet ‘Moses’ Tubman. She had the moniker ‘Moses’ for leading her people from captivity to freedom just as in the case of the Biblical Moses.

Unlike her free-born first husband, Harriet Tubman was born a slave and per the law even if she birthed, her offsprings will become slaves unless her slave owner granted her freedom. This might have been on Tubman’s mind when about 22 years old, married John Tubman in 1844 and staying as a couple for five years.

However, in 1849, the thirst for freedom had become so insatiable that she escaped slavery following the moon, and North Star as well as the river and journeying nearly 100 miles to the free state of Philadelphia. But soon enough, living behind her husband and relatives proved tough for her so she made the journey back to Maryland. When she returned her husband had already found another woman.

On reaching Philadelphia, Tubman submitted later: “I was a stranger in a strange land, [M]y father, my mother, my brothers, and sisters, and friends were [in Maryland]. But I was free, and they should be free.”

In Maryland, one group at a time rescued her relatives out of the state, and eventually guided dozens of other slaves to freedom. Her great distinction is that she “never lost a passenger,” sometimes threatening cowards overwhelm with fear and seeking to go back to their slave owners with harm as they could derail the escape and endanger the lives of the others.

Some accounts suggest she first met in the early 1840s on a plantation in Dorchester County, Maryland, when she still responded to the Amarinta “Minty” Ross name. John Tubman worked various temporary jobs as a free born. Little is known about their courtship but it does appear the two had different personality traits.

With one account suggesting while “Harriet was witty with an ebullient spirit and strong will. John Tubman, on the other hand, may have been brash, aloof, and even haughty at times.”

It does appear John Tubman found his wife’s visions as foolishness or was unsettled by them which might have been a source of friction. 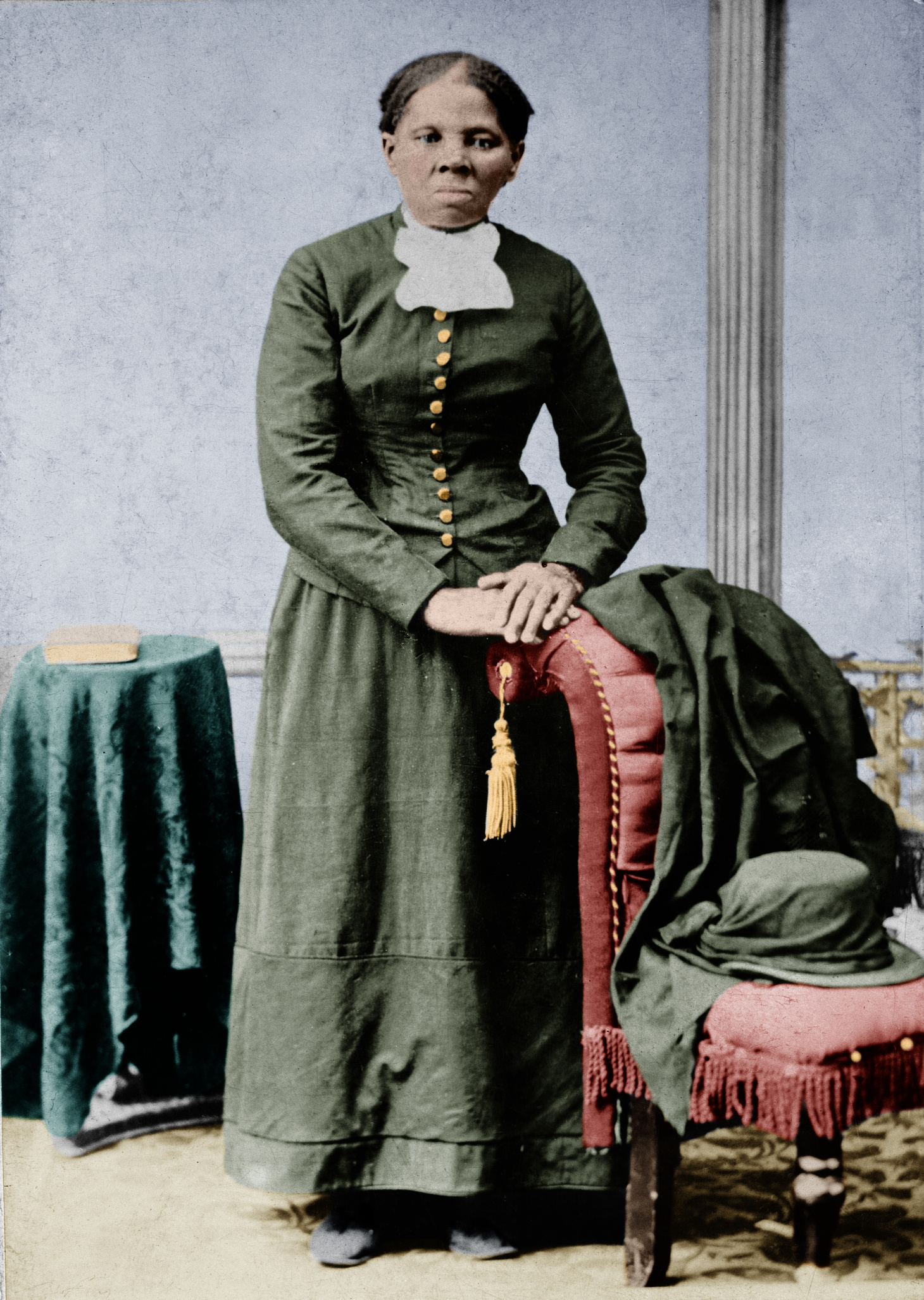 An older portrait of Harriet Tubman, who became one of the most prominent ‘conductors’ of the Underground Railroad via Library of Congress

Harriet had suffered from narcolepsy and severe headaches since she was 13, when an irate white slave owner threw a two-pound weight at her skull. Although the slave owner didn’t aim at her, she was hit. “The injury caused , which occurred throughout her life. After her injury, Tubman began experiencing strange visions and vivid dreams, which she ascribed to premonitions from God. These experiences, combined with her Methodist upbringing, led her to become devoutly religious.”

Another motivation for her burning to be free must have stemmed from when as a young girl, Harriet witnessed her sisters being sold off to other slave owners by their master, Edward Brodess.

But her defiance to be free came at no cheap cost. Her owners placed a $100 bounty on her head, yet she defied bounty hunters, menacing dogs thanks to her knowledge of Maryland’s wild areas and the abolitionists of the Underground Railroad helped her evade fugitive slave hunters including at least on one occasion, Frederick Douglass, who was a slave abolitionist.

Despite impressing it on her husband that they could live as a free couple by rescuing him, John wasn’t keen on escaping. Eventually, in 1851, despite the risks, Harriet returned to her former home to bring her husband up to Pennsylvania.

But by 1851, John Tubman had taken another wife, and refused to go up north with Harriet. Harriet felt betrayed but moved on. John was shot dead by a white man named Robert Vincent after a roadside quarrel in 1867. John was survived by a widow and four children. An all-white jury acquitted the shooter.

Harriet Tubman (left) with her friends and family, including her second husband, Nelson Davis (seated next to her) and their adoptive daughter, Gertie (standing behind him) via Wikimedia Commons.

Harriet Tubman married a second man Nelson Davis on March 18, 1869 with whom they adopted daughter, Gertie. Nelson died on October 14, 1888 of tuberculosis.

One of her last missions into Maryland was to and lead them north to St. Catharines, Ontario, where a community of former slaves (including Tubman’s brothers, other relatives, and many friends) had gathered.

The great Harriet Tubman died of pneumonia in 1913 at the age of 93 surrounded by family members whom she told “I go to prepare a place for you.”

Red and Blue Economies Are Heading in Sharply Different Directions

What happens when black Americans leave their segregated hometowns