Father of Kobe Bryant, retired professional basketball player, Joseph Washington “Jellybeans” Bryant had a successful career as an NBA player plying his trade for the Golden State Warriors, Philadelphia 76ers and San Diego Clippers.
As a coach, he handled teams in Italy, Japan and Thailand.  It was thanks to his time in Japan and his love for the Kobe beef that he named his son after the city.
Kobe Bryant was born on August 23, 1978, to Jellybeans and Pamela Cox Bryant, an American socialite. She married Joe aged 21. They produced two daughters – Sharia and Shaya – and Kobe.

Kobe Bryant goes up for a shot between the Boston Celtics’ Paul Pierce and Al Jefferson during an NBA basketball game in Los Angeles on Feb. 23, 2006.

Kobe had a strained relationship with his parents for two years over his choice of wife. Vanessa Cornejo Urbieta although an American is of Latina descent.

Bryant’s mother preferred he married an African-American woman. The sharp contrasting views made his parents skip Kobe’s wedding. The opposing parties mended their relationship only when the couple’s first daughter Natalia arrived. 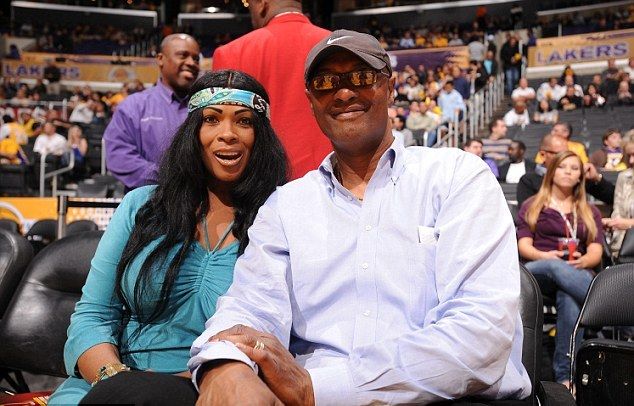 Kobe and Vanessa got married in 2001 having met in 1999. The pair have four daughters Bianka Bella, Capri Kobe, Natalia Diamante and Gianna Maria-Onore.

Kobe spoke Spanish even able to conduct interviews using the language, saying he learnt the language watching ‘telenovelas’ “With my wife, Vanessa, and with my mother-in-law as well.”Kobe learned how to speak Italian as a child thanks to his father playing seven seasons in Italy with clubs of the Italian A1 League and the Italian A2 League. Kobe becoming one of deadliest NBA stars to ever play was thanks to a series of decisions, his skill and grit as well as his dedication to the game, plus the numbers he garnered.

Bryant arrived in the NBA straight out of high school in 1996 as the first guard to skip college basketball straight for the pros. His success inspired others like James to opt for professional play rather than head to college before becoming pro.Bryant will spend 20 years with the Los Angeles Lakers ending his career at the team in 2016 instead of following the trend of playing for different teams.

Shaquille O’Neal: “There’s no words to express the pain Im going through with this tragedy of loosing my neice Gigi & my brother @kobebryant I love u and u will be missed. My condolences goes out to the Bryant family and the families of the other passengers on board. IM SICK RIGHT NOW!”

“After winning three straight championships with Shaquille O’Neal from 2000-2002, the Lakers suffered some down years in the mid-aughts following O’Neal’s 2004 trade to the Miami Heat. Then Bryant willed the Lakers to a renaissance, winning back-to-back titles in 2009 and 2010. He was the MVP of both series: those championships, without Shaq, validated his all-time greatness. Those were his own.

“His singular performances thrilled his followers. In January of 2006 Bryant scored 81 points in an LA victory over the Toronto Raptors; only Wilt Chamberlain, who went for 100 points in a game in 1962, scored more in a single game. Bryant’s final game, in 2016, set a new standard for last hurrahs: Bryant scored 60 points, on 50 shots, in a Laker win over the Utah Jazz. For the Mamba, this basketball ending was all too fitting.”

From his April 13 joining of the Lakers jersey, donning the number 8 jersey and later the 24 jersey, till he retired, “Kobe Bean Bryant became an 18-time All-Star, 12-time member of the All-Defensive team, and 5-time NBA champion. He will go down as the second-best shooting guard in NBA history—behind His Airness – and one of the Top 20 players to ever set foot on the hardwood.”

Then there is his two NBA Finals MVP awards, two scoring titles, a regular season MVP, a pair of Olympic gold medals, and spot as the fourth leading scorer in NBA history, with 36,643 points. He’s up there with Michael Jordan and LeBron James.

Bryant’s last ever Tweet, sent at 10:39 Eastern Time on Saturday, was a shoutout to James: “Much respect my brother,” only to exit this earthly plane on Sunday.

What made the “Black Mamba” so lethal was his ruthlessness. “He’d rip an opponent’s heart out with a devastating dunk, or an artful fadeaway jump shot, scold less talented teammates, all while craving the ball in big situations.”

“Bryant also won the Academy Award for Best Animated Short Film this year as the executive producer of ‘Dear Basketball.’ Dear Basketball was based on a letter Bryant wrote for the Players’ Tribune upon deciding to retire from the NBA following the 2015-16 season.”

He had great plans to refashion himself away from basketball but it was not to be.

On Sunday, January 26, Bryant and eight others including his 13-year-old daughter Gigi embarked on a helicopter ride from John Wayne Airport in Orange County, Calif. at 9:08 a.m. The helicopter crashed as dense fog covered the area. According to the AP, the helicopter climbed to about 2,000 feet was flying at about 160 knots (184 m.p.h.) when it crashed.

“Bryant, 41, and his 13-year-old daughter Gianna Maria Onore Bryant had been expected at the Mamba Sports Academy in Thousand Oaks for a basketball game scheduled for Sunday. Gianna was expected to play in the gameand Bryant was expected to coach, according to Lady Mavericks team director Evelyn Morales,” the AP reported.

The dead, according to reports, included “Gianna’s basketball teammate Alyssa Altobelli, her mother, Keri, and her father, John, a baseball coach. Also killed in the crash were Christina Mauser, a school basketball assistant coach; Payton Chester, another teammate of Gianna’s, and Payton’s mother Sarah. The helicopter pilot, named in local reports as Ara Zobayan, was also killed.”

Within hours of his death, Bryant’s death became one of the most-searched topics on Weibo, China’s Twitter-like platform, where he had nine million followers, compared with 15 million worldwide on Twitter. People also in Japan deeply felt his passing given he was named after a town there and his philanthropic deeds.

Despite her husband’s fame, Vanessa leads a rather private life despite her 1.9 million followers on Instagram, private account. For one who’s been with Kobe since she was 17, this loss is particularly profound not to talk of the death also of her daughter Gigi, who was to continue Kobe’s legacy. 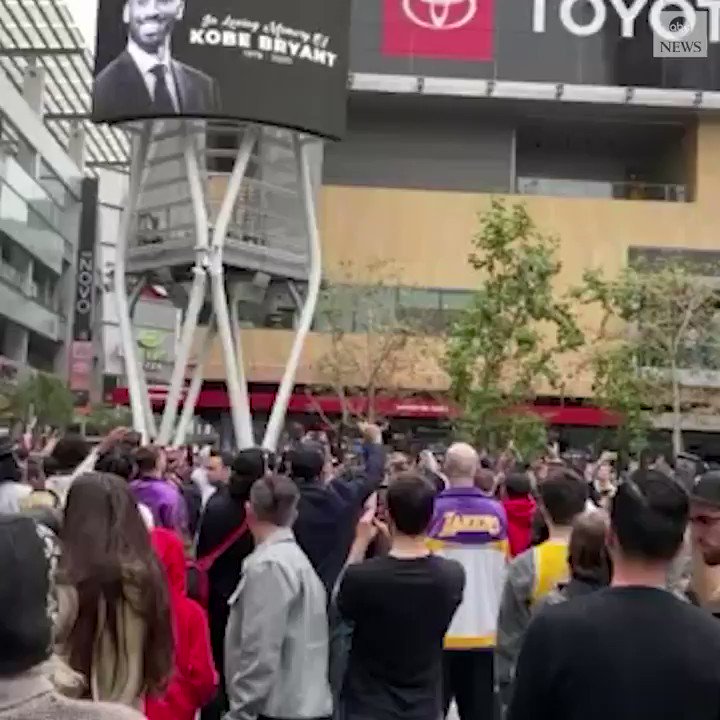 Despite Bryant’s formidable performance on the court, in 2004, a serious threat faced his marriage when he was reported to have sexually assaulted a 19-year-old hotel worker where he had lodged in Colorado. Bryant would claim the sex was consensual but while the lady said she consented too kissing, she asked the basketball star to stop when he began groping her and forced himself on her.

The woman would refuse to testify in the criminal case with both parties agreeing to a civil suit settlement in March 2005. Bryant will also issue a public apology for his action.

His wife, Vanessa would file for divorce in 2011 citing “irreconcilable differences” as the reason for the split, but in 2013, the couple announced that they had called off their divorce, and they remained married up until his death.

The Kobe Bean Bryant journey has ended at 41. “The fourth all-time leading scorer was a wondrous athlete to behold—an overwhelming force of nature and peerless solo act in the clutch, worshipped by a generation of fans and fellow players. And so, of course, those who knew him can’t keep it together” for good reason.

Rwanda agrees to take in 500 African migrants trapped in Libya