Millions adore Rep. John Lewis (D-Ga.) for his selfless and lifelong dedication to civil and equal rights. Some idolize Lewis like a rock star, while most revere him as an icon.

It is why presidents, politicians, members of Congress, and everyday people have taken time this week to pay tribute to the 79-year-old, 17-term congressman, who announced that he’s battling Stage 4 pancreatic cancer.

“If there’s one thing I love about Rep. John Lewis, it’s his incomparable will to fight,” former President Barack Obama wrote on his official Twitter account.

“I know he’s got a lot more of that left in him. Praying for you, my friend,” Obama stated.

“John Lewis is a giant – an icon of the civil rights movement, a leader in Congress and one of the kindest people I know,” Rep. Omar tweeted. “I’m praying for a speedy and full recovery. We need you making good trouble in the halls of Congress,” she wrote.

Lewis is an “American hero and one of the bravest people I know,” Gillum stated. “It was the honor of my life to get into good trouble with him on the campaign trail.”

Dr. Charles Steele, Jr., the president of the Southern Christian Leadership Conference, said the group is praying that Lewis remains strong, vigilant, and relentless in his battle.

“There is no civil rights warrior more dedicated to the cause than John Lewis,” Steele stated. “I know he will wage this battle head-on.”

Members of the National Newspaper Publishers Association (NNPA), the trade association of black-owned newspapers across the country, also offered their support for Lewis. 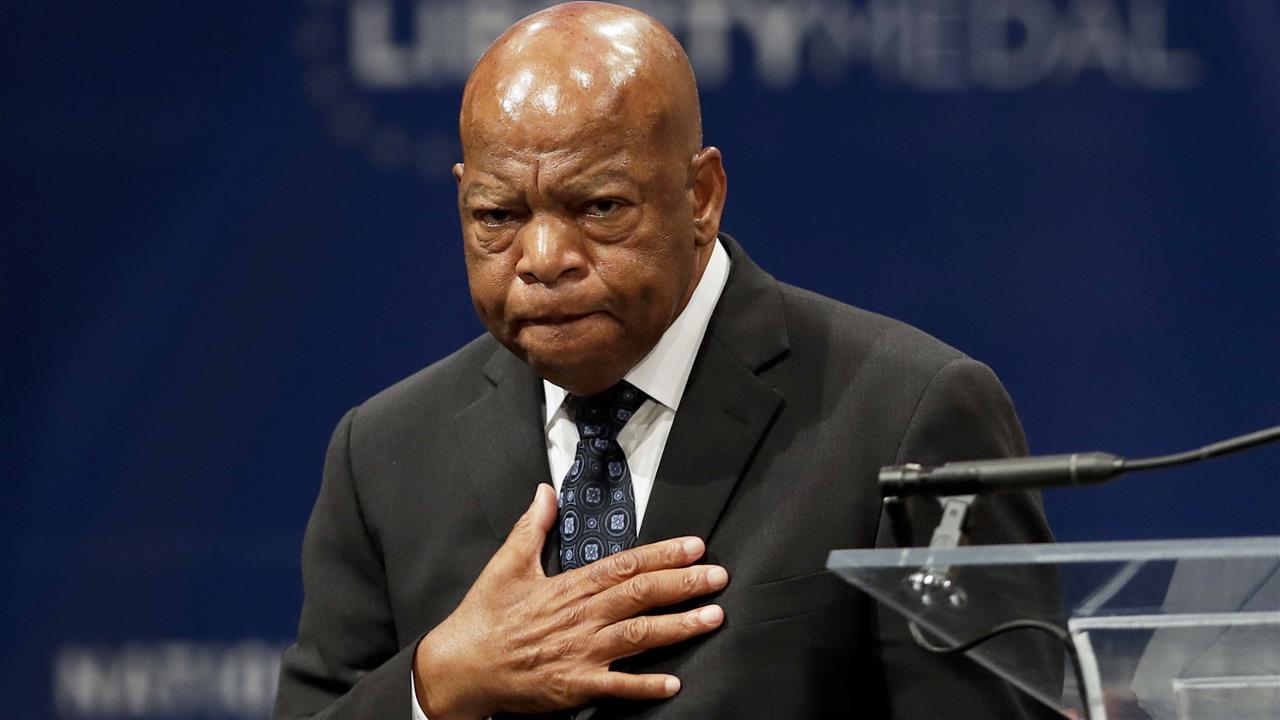 “Rep. John Lewis is a profound leader, humanitarian and civil rights icon who has made his mark on American history and has fought for the rights of all people, especially African Americans in this country,” stated NNPA Chair and Houston Forward Times Publisher Karen Carter Richards.

“I am extremely confident and prayerful that Rep. Lewis will fight this battle of being diagnosed with Stage 4 pancreatic cancer in the same way he has fought and been an example of strength for others his entire life. Praying for a speedy recovery,” Richards stated.

NNPA President and CEO, Dr. Benjamin F. Chavis, Jr., called Lewis a fearless voice and advocate for freedom, justice, and equality both in the halls of the U.S. Congress and in the streets of America.

“John Lewis epitomizes what it means to be a courageous freedom fighter for more than six decades in America and throughout the world,” Chavis stated.

“The Black Press of America salutes the tireless sacrifices and triumphant ideals that the Honorable John Lewis represents today as we go into 2020,” he added.

“The re-enactment of the full Voting Rights Act should be named The John Lewis 2020 Voting Act that he has worked so diligently to see fulfilled for Black Americans and all others who cry out for equality,” Chavis concluded.

Lewis said he’s not looking to give up his work.

“I have decided to do what I know to do and do what I have always done: I am going to fight it and keep fighting for the Beloved Community,” Lewis wrote in a statement.

“We still have many bridges to cross,” he stated.

Born in Troy, Alabama, on February 21, 1940, Lewis and his family were poverty-stricken, but it didn’t stop him from rising among the ranks of America’s most prominent leaders.

He became involved in the Civil Rights Movement while still a student at the American Baptist Theological Seminary in Nashville, Tenn., where he joined the Student Nonviolent Coordinating Committee (SNCC).

Just shy of his 20th birthday in 1960, Lewis was the man behind the successful sit-in movement at segregated lunch counters in Nashville. In 1961, he volunteered to become a member of the Freedom Riders and put his life on the line several times while fighting for equality.

As chairman of the SNCC, a position he served from 1963 to 1965, Lewis earned recognition as one of the “Big Six” of the Civil Rights Movement along with Rev. Dr. Martin Luther King Jr., A. Phillip Randolph, Whitney Young, James Farmer, and Roy Wilkins.

The group met with President John F. Kennedy to discuss the planning of the “March on Washington.”

In 1964, he helped coordinate and organized the successful “Mississippi Freedom Summer.” 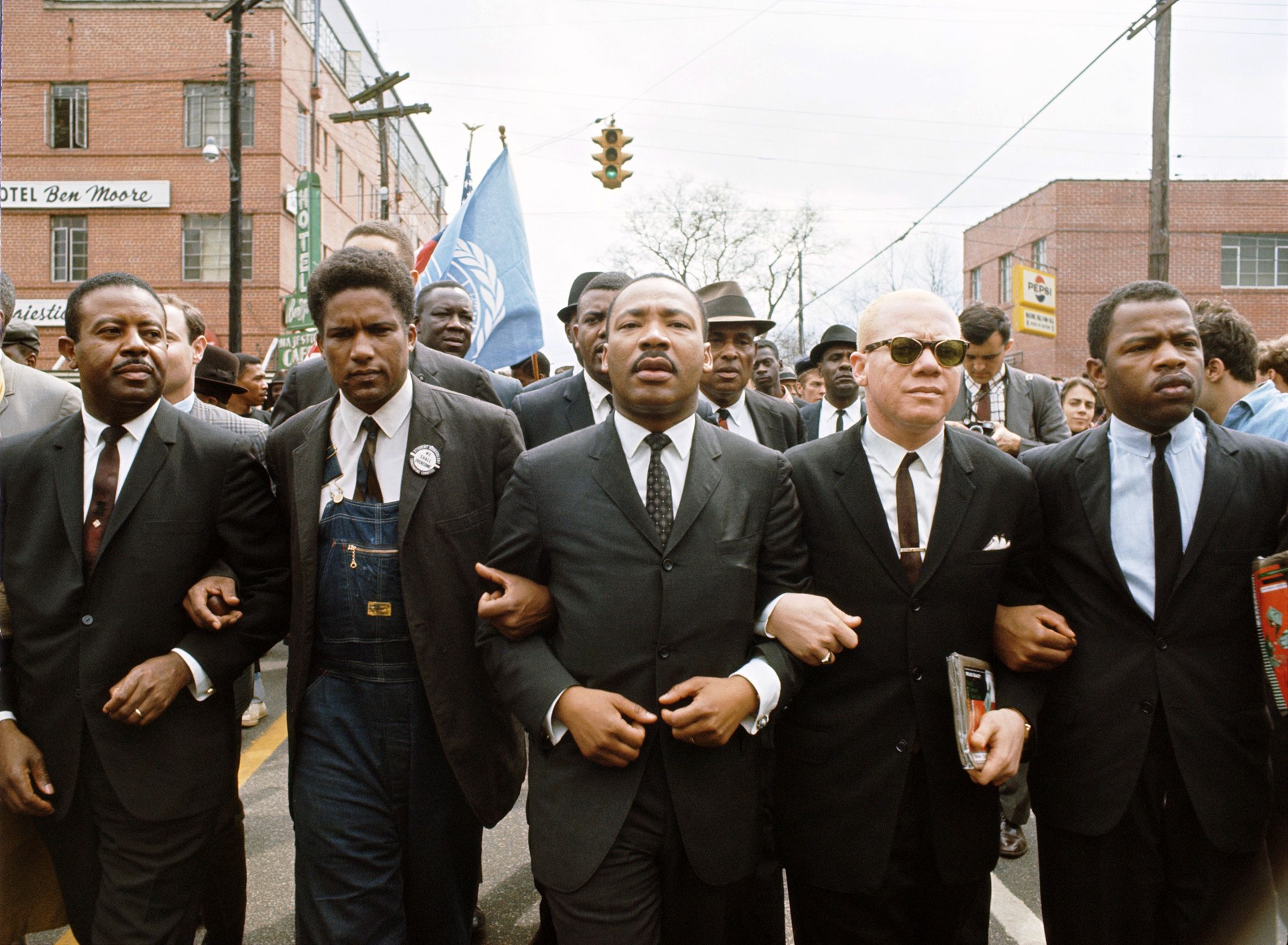 In 1965, Lewis and fellow activist Hosea Williams led what was planned as a peaceful 54-mile march through Alabama from Selma to Montgomery. The march, a protest of the discriminatory practices and Jim Crow laws that prevented African Americans from voting, would be remembered in history as “Bloody Sunday,” one of the most dramatic and violent incidents of the American Civil Rights Movement.

The publicity surrounding “Bloody Sunday” and the subsequent march from Selma to Montgomery, Alabama, led President Lyndon Johnson to push for the Voting Rights Act, passed by Congress on August 6, 1965, according to Lewis’ biography on The HistoryMakers.

Lewis was elected to his first governmental office in 1981, serving as an Atlanta City Council member until 1986. He was then elected to represent Georgia’s 5th Congressional District.

“John Lewis has spent his life bravely out front and center, challenging racism, entrenched systems and evil policies that support power and privilege for some as it oppresses others,” stated NNPA Treasurer and New Journal & Guide Publisher Brenda Andrews.

“He has helped change the laws and heart of the Jim Crow nation into which he was born, making us all a better people. My prayers for his recovery are with him as he confronts this very personal battle,” Andrews stated. 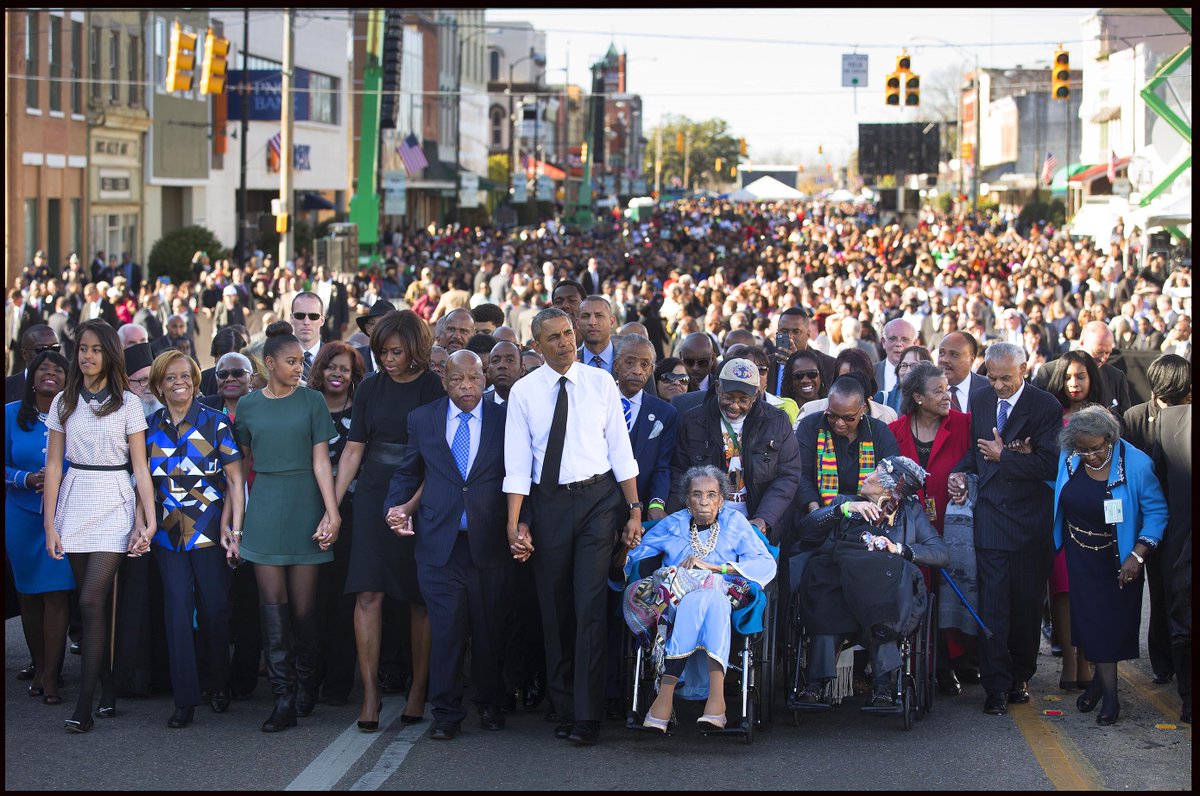 Bobby Henry, the publisher of the Westside Gazette Newspaper in Ft. Lauderdale, Fla., recalled his first meeting with Lewis, which occurred more than 20 years ago.

“I met him with [former Florida Democratic] Congressman Alcee Hastings, and Rep. Lewis presented me with his autographed book, ‘Walking with the Wind,’” Henry recalled.

“I asked him about his preaching to his chickens, which he wrote about in his book, and he responded with laughter and said, ‘they were the only ones who would sit still and listen to me.’ I would imagine that Congressman Lewis would approach his illness as he did in a story from his childhood where he and his family were home during a violent windstorm,” Henry stated.

“The winds were pulling the house up from the ground, and they marched from one corner of the house to the other to hold the house down to keep it from being blown away. With the same courage, I’m sure Rep. Lewis will approach his situation.”

Is Malcolm X An Unsung Hero?

In Bahamas, a Blind Father Wades to Safety, His Disabled Son …