American race relations have once again been the focus of the world’s attention after violent riots in the aftermath of yet another killing of a black man by a white policeman. The majority of people of all races who watched the nearly nine minute video clip showing the killing of George Floyd by a white police officer were indignant at the callousness and brutality of it all.

Most people were outraged but none more so than black people around the world who collectively identify with the experiences and effects of racism. However, the outrage by Africans in particular begs an examination of the extent to which they are connected with African Americans (black Americans).

In her book ‘Becoming’ Michelle Obama is careful, albeit subtly, to make a distinction between herself as an African American and her husband’s African relatives during her first visit to Kenya. Her prejudices are revealed through a distinct unconscious snobbish tone. She is decidedly grateful and relieved about not being “that African” and is comforted by the knowledge that she can and will return home to America.

They found that black intra-racial cohesion is absent between Africans and African Americans as the cultural differences and the negative perceptions they have of each other are unbridgeable because, apart from skin colour, they share almost nothing else. There is no sense of connectedness to each other as only 21% of African Americans reported feeling connected and related in some way to black Africans.

Africans view African-Americans as being too focused on race issues while they focus more on getting ahead and taking advantage of the many social and financial upliftment opportunities America provides that are unavailable in their countries of origin. In different surveys African immigrants think that African Americans should get over their slavery heritage and just get on with life.

African immigrants seem unable to fully relate to the struggles of African Americans whose ancestors went as involuntary immigrants followed by years of harsh racial segregation laws and practices that shape the present African American identity.

African Americans say Africans take advantage of the equal opportunities which they fought for yet are uninvolved in their struggles and regard themselves as harder working and smarter than African Americans.

African immigrants tend to enter America with more financial resources enabled by personal savings or family money and scholarships which accord them latitude to concentrate on upward mobility. They have few opportunities and motivations for integrating with African Americans and so are largely shielded from their problems.

African-Americans feel that first and second generation Africans look down on them because they cannot identify with their historical and present struggles and are unsympathetic. Africans disdain them for what they see as deliberate squandering of opportunities which are available to them.

In some surveys Africans hold the same negative stereotypes about African Americans as white Americans and look down on some aspects of the black American way their way of life, like their reliance on charity, assisted housing programmes, food stamps and generally lower social status.

Many African immigrants report being strongly cautioned by their families against turning into black Americans. Dating and marrying African Americans is particularly frowned upon. Such negative views fuel the hostility and suspicions between the two groups. Africans are generally regarded by African Americans as backward and inferior to them yet pompous for nothing.

In the 70’s there were only 80 000 African immigrants but now they are 2,1 million making up 5% of all US immigrants. They report that they do not identify with African Americans and that cohesion is almost zero. They have different cultures and different views and experiences about the white establishment. African immigrants enter white American opportunity spaces with less historical hang ups so they are reportedly becoming more financially and socially successful per capita. 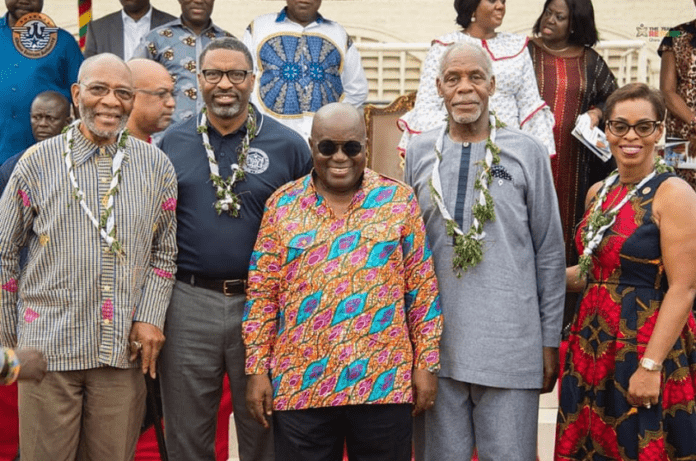 Though they are fewer, they have a higher average educational level than other foreign-born Black immigrant groups. 35% of African immigrants aged at least 25 have earned a college degree compared with the overall US population of 30% and almost double that of US-born black people at 19%. African immigrants comprise 41% of Black undergraduates at Ivy League Schools.

Many African migrants to America are often not prepared for the hostility and contemptuousness they encounter at the hands of some African Americans. They routinely face discrimination and bullying in colleges, schools and the workplace about their complexions, accents and general negative stereotypes about their countries of origin.

African Americans, being generally less educated and travelled than white Americans, tend to be more ignorant about Geography and African history and reportedly ask the most ignorant but sincere questions about Africa, like hunting lions with spears as a common pastime and riding zebras to school.

Following the success of the acclaimed film Black Panther, more Black Americans than white Americans reported thinking that Wakanda is an actual place or country in Africa. Someone said it is ‘somewhere near the border between Zimbabwe and Kenya’! 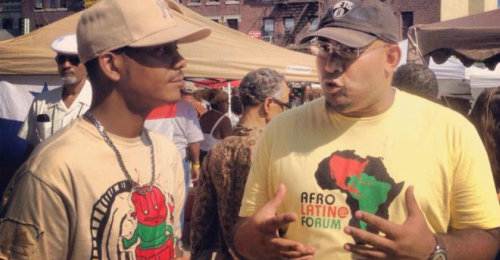 Only a minority of African immigrants reports feeling solidarity and personal involvement with African American struggles over police brutality, higher imprisonment rates, workplace discrimination etc. Many schools and colleges have separate organisations for African students which are distinct from Black Student Union clubs which focus exclusively on African American interests.

In the broader society Africans living in the US are more comfortable amongst themselves and live distinct lives from African Americans. On the whole, while Africans fully support and understand the Black Lives Matter Movement, it means different things to them than it does to African Americans.