Many African economies are proving their resilience in the face of the humanitarian and economic crisis brought on by Covid-19.

The World Bank expects the global economy to contract by 5.2% in 2020 – the worst recession in decades despite the extraordinary interventions by authorities to mitigate the impact of national lockdowns.

The World Bank also warned of ‘lasting scars’ due to lower investment, an erosion of human capital through lost work and schooling, and the fragmentation of global trade and supply linkages.

The pandemic is undoubtedly a major and unexpected blow to Africa’s near-term growth and development prospects. However, it is proving just how resilient many of the continent’s economies have become in recent years thanks in part to diversification and better regional integration.

Standard Bank expects East Africa’s economy to grow by 2.2% this year, thanks in part to the regional powerhouse of Kenya. While that would be a marked slowdown from the 6.2% growth rate achieved in 2019, the fact that the region is expected to grow in the face of a deep global recession highlights the progress these economies have made.

Further, the region’s growth comes despite major disruptions to some of its biggest industries, including tourism, horticulture, and foreign remittances; combined with the largest locust invasion and severe floods.

Horticultural exports have fallen sharply amid the breakdown in global supply chains, the once-flourishing tourism sector is not expected to recover any time soon, and foreign remittances have been impacted by loss of employment abroad.

As expected, we are seeing increases in non-performing loans, and we expect that the hospitality and horticulture industries will take a long time to fully recover.

But East African economies are benefiting from their relatively strong intra-regional links, their diversified economies, and speedy interventions by central banks in the early days of the crisis – policy interest rates were cut and steps were taken to improve liquidity.

At the same time, Ethiopia is expected to maintain its growth streak, albeit at lower rates, as the government implements far-reaching reforms and opens up sectors, including the telecommunications industry, to foreign investors. The country of more than 100 million people stands to benefit from a surge in foreign direct investment in the years ahead.

Elsewhere in Africa, new growth opportunities are emerging despite the crisis, and other countries are displaying their resilience.

While Botswana’s economy is expected to sharply contract in 2020, the Southern African nation is well placed to weather the storm thanks to prudent fiscal management. The Economist has ranked Botswana top in a report on the financial strength of the world’s emerging economies in the context of Covid-19. The rankings take into account public debt as percentage of GDP, foreign debt, borrowing costs and reserve cover.

Meanwhile, Mozambique is expected to escape a recession as its fledgling natural gas sector gets off the ground. 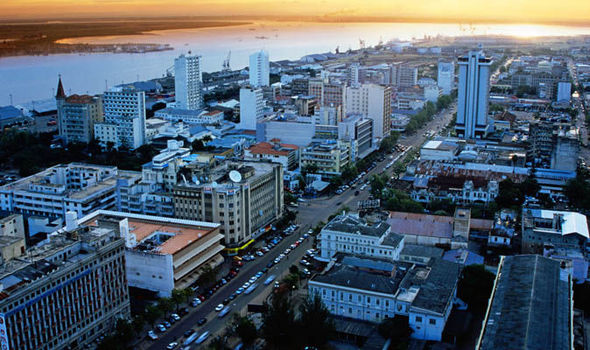 In fact, it is possible the country’s GDP could double over the next five or six years amid a wave of liquefied natural gas (LNG) investments. Standard Bank estimates that the country’s natural gas sector will attract total investment commitments worth $125bn (R2.1 trillion) by 2025.

Of course, prospects are varied across the continent. Many African countries find themselves in far more difficult positions as government revenues plunge and spending requirements soar. In that regard, several governments are seeking debt relief from creditors to help them through the crisis, and authorities in some states are having to take urgent action to avoid defaulting on their debts, knowing that defaults on eurobonds and other debt instruments would weigh on investor sentiment and growth for years to come.

Nevertheless, all African states stand to benefit from the implementation of the African Continental Free Trade Area (AfCFTA), which is expected to come into effect in early 2021 following a delay due to Covid-19.

The launch of the trading bloc should significantly boost intra-African trade and growth, and make the continent more resilient against future shocks.

Standard Bank remains optimistic about Africa’s long-term prospects, and its Africa Regions business continues to grow in importance to the group. In 2019, Africa Regions accounted for 31% of group earnings, versus 11% in 2015, and that proportion is likely to grow further in the years ahead.

While the Covid-19 crisis is taking its toll on all economies – in both developed and developing markets – Africa remains a continent of immense opportunity and we believe it will continue to contribute meaningfully to global growth in the years and decades ahead.

The US Military Is All Over Africa Despite Not Being at...