Chelsea had pulled onto the shoulder of a highway and alighted from his vehicle one Monday night in August 2013 to inspect why the car was giving trouble. A drunk driver soon slammed into his car sending it into flames. Chelsea, a sales manager for a rubber-stamp business, was rushed to a hospital with third-degree burns covering almost half his body.

Face transplants require a lot of skill to pull off. Little wonder then that since the first one was done in France in 2005, fewer than 50 have been completed worldwide.

But Chelsea is a man of choice. He reportedly when he reckoned the man’s face had skin that was much fairer than his. The African-American submitted he couldn’t bear becoming “a totally different looking person.”

Having rejected the first face, Chelsea had to wait for over 12 months to get a second call – the one that would land him in a bed at Boston’s Brigham and Women’s Hospital, receiving a new face that was a near perfect skin-color match, and that made him both the first African-American to undergo a face transplant and, at 68, the oldest recipient ever.

“Morning by morning, new versions [of me] unfold,” Chelsea said on the day he was discharged from the hospital in August, nearly a month after surgery. “[But] I feel like myself.”

Chelsea with his daughter Ebony at home in California in February 2019, months before his transplant surgery
John Francis Peters for TIME

After the accident, he was transferred to the University of California Irvine Medical Center where he spent four months drifting in and out of consciousness as doctors fought to save his life. He had 18 surgeries in that time—mostly skin grafting for his burns, but also abdominal operations to treat serious gastrointestinal complications that had developed as his body struggled to stay alive. Blood pressure medications shunted blood flow to his heart and away from his extremities, leading to tissue death in his lips, nose and fingers. One of his surgeons, Dr. Victor Joe, called him “one of the sickest patients we’ve had.”

When he left , he had his life but had lost his lips, the end of his nose, several fingertips and two-thirds of his intestines. His face was severely scarred, and his hands were covered in cadaver skin that matched Chelsea’s skin tone but never quite mimicked its texture.

He called his new skin “snakeskin,” that is skin from three different people. Although an organ donor himself before the accident, he was soon to realise how tough getting new skin was.

The reasons are not far-fetched. Widespread mistrust of the medical system has made many African Americans weary of tissue donation, contributing to donor shortages. In turn, only 17% of black patients awaiting an organ transplant got one in 2015, compared with about 30% of white patients.

Negligence and prejudice from those in authority against Blacks have all contributed to Black Americans losing their lives at higher rates than whites of so many things—like heart disease, cancer diabetes and HIV/AIDS all contributing to shortages of donated organs and transplantation from the Black pool.

The mistrust of Blacks of the health system is also grounded in history. In the 1800s, enslaved Blacks were commonly drafted as unwilling, unanesthetized subjects for medical experiments, and their deceased bodies were frequently dissected.

Chelsea consults with Dr. Bohdan Pomahac, the lead surgeon who performed his transplant, at Brigham and Women’s in October 2019
John Francis Peters for TIME

There’s the Tuskegee syphilis experiment of 1932 on Blacks claiming some 400 lives. Earlier on slave masters compelled enslaved children to lie on the ground as they put their feet on them in hopes of their melanin extracting their diseases from them to the children.

Again in almost all city hospitals in America, experiments have been conducted on Black people often illegally.

Then there is the Henrietta Lacks case of 1951. She had her fast-replicating, cancerous cervical tissue taken without consent. Although she died from cervical cancer, doctors harvested some of her cell clandestinely when they realised some of her cells were immune to certain cancers. The cells eventually became a lucrative cornerstone of medical research where tons of millions of dollars were made without her family’s knowledge.

The many medical experiments done to Black people in prisons where they are used as experimenting subjects or guinea pigs have all made many with African ancestry to lose appetite for putting themselves up for organ donation should they expire not to touch on kidnappings and murder of Black people for their body parts .

Chelsea had hoped to maintain his face – disfigured or not – not keen on a partial or full facial transplant and took it in his stride when people saw him in public and were astonished.

“Do you see the way they look at me? It’s cute. They’re curious,” Chelsea said to an associate one time in November 2018, adding, “I don’t blame them, it’s scary. It’s like I’m wearing a Halloween mask.”

Chelsea’s initial reluctance to having a new face has some merit as organ-transplant patients need to take immune-system suppression drugs for the rest of their lives to keep their bodies from rejecting their donor organs. There’s also the constant doctor’s appointments and medications and heavy cost.

Chelsea’s surgery was performed for free, thanks to a grant Brigham and Women’s received from the Department of Defense to test a less cumbersome post-transplant immune-suppression regimen but his family still had to raise $75,000 through GoFundMe to pay some travel and caretaker expenses associated with the surgery. An estimated cost would have been $1.5 million out of pocket. 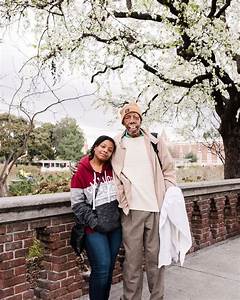 “I’m more excited than nervous,” Chelsea says on the day of his face-transplant surgery at Brigham and Women’s Hospital in Boston in July 2019
J. Kiely Jr.—Lightchaser Photography

Dr. Damon Tweedy, an associate professor of psychiatry at the Duke University School of Medicine says the financial burden of becoming a living donor and recovering from an invasive surgery, which often requires time off from work, discourages lower-income patients—who tend to be disproportionately of color—from participating in transplants.

Chelsea’s face came from whose brother was approached by the Gift of Life Donor Program about donating Adrian’s internal organs—and his face.

Adrian had died suddenly and James, 51, who looked favorably on organ donation having served in the Air Force, agreed. According to James, Adrian, a talented athlete and guitarist who was generous towards people would approve so upon calls to his five other siblings the donation was approved although James and his folks didn’t anticipate their brother’s would become the first African-American face ever to be transplanted.

Haiti – FLASH : Discovery of a large stock of fuels for the black market