Ghana is hoping to tap into the current mood of reflection & resistance to strengthen its pitch targeting people of African descent in the diaspora.

As a series of protests and events to mark the life of George Floyd began in Minneapolis earlier this month, a memorial was being held 10,000 kilometers away in Ghana’s capital, Accra.

Attended by government representatives and a small socially-distanced group of African Americans living in Ghana, the memorial was held in solidarity with the Black Lives Matter movement and Floyd, who died on May 25 after a white police officer knelt on his neck for nearly nine minutes during an arrest.

Ghana has long courted the descendants of enslaved Africans to “return home” as tourists or to permanently resettle. Leading African American icons including Martin Luther King Jr, Maya Angelou, Muhammad Ali, and Malcolm X have either visited or lived in the country since independence in 1957. 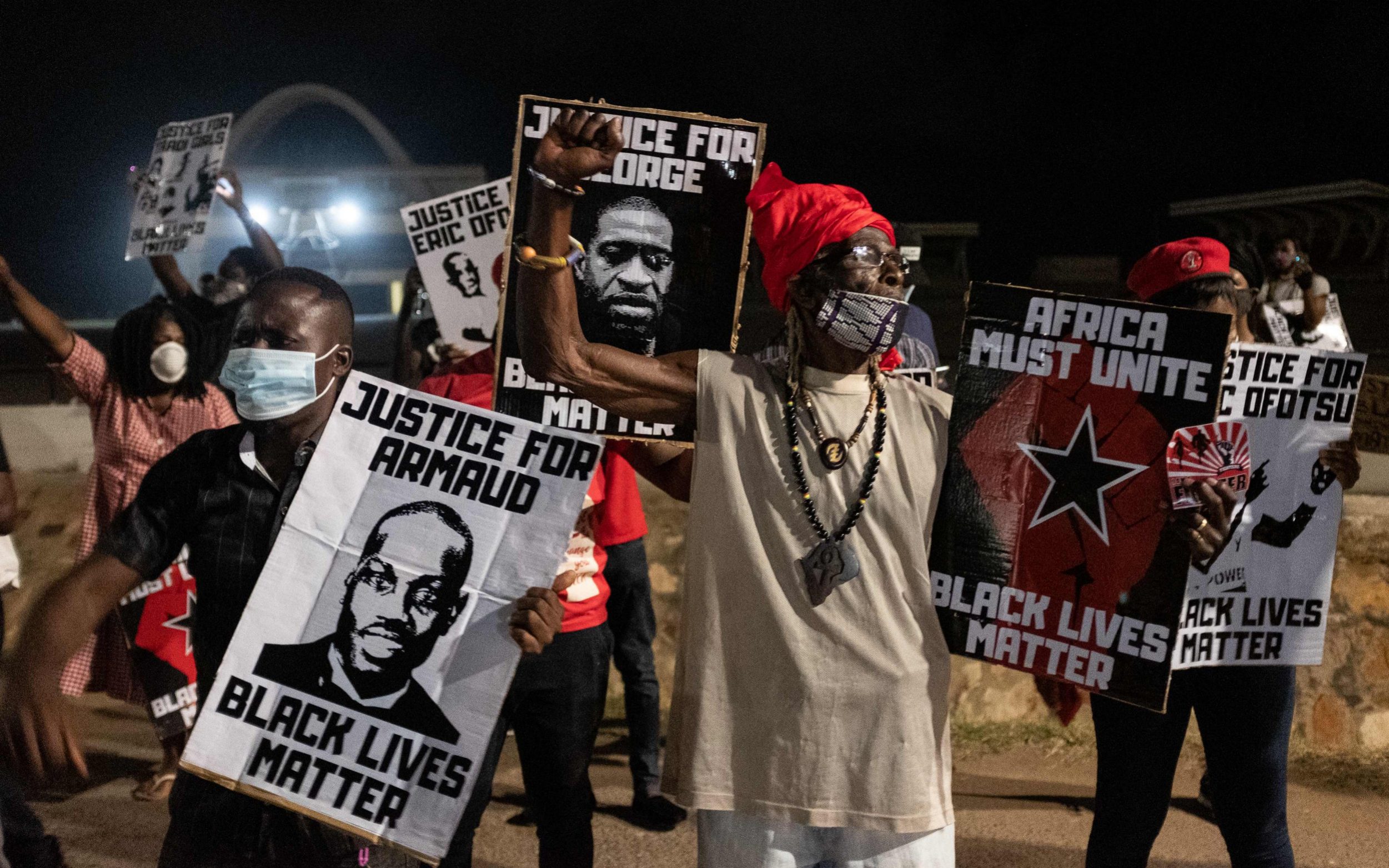 With large-scale protests across the United States and Europe taking place, many hope the organic groundswell of anger with racial injustice would be a tipping point in race relations. Ghana’s government, meanwhile, is hoping to tap into the current mood of reflection and resistance to strengthen its pitch targeting people of African descent in the diaspora.

At the memorial and wreath-laying ceremony for Floyd, the minister of tourism, Barbara Oteng-Gyasi, re-echoed the government’s message to African Americans to “Come home.”

“We continue to open our arms and invite all our brothers and sisters home. Ghana is your home. Africa is your home. We have our arms wide open, ready to welcome you home,” she said. “Please take advantage. Come home, build a life in Ghana. 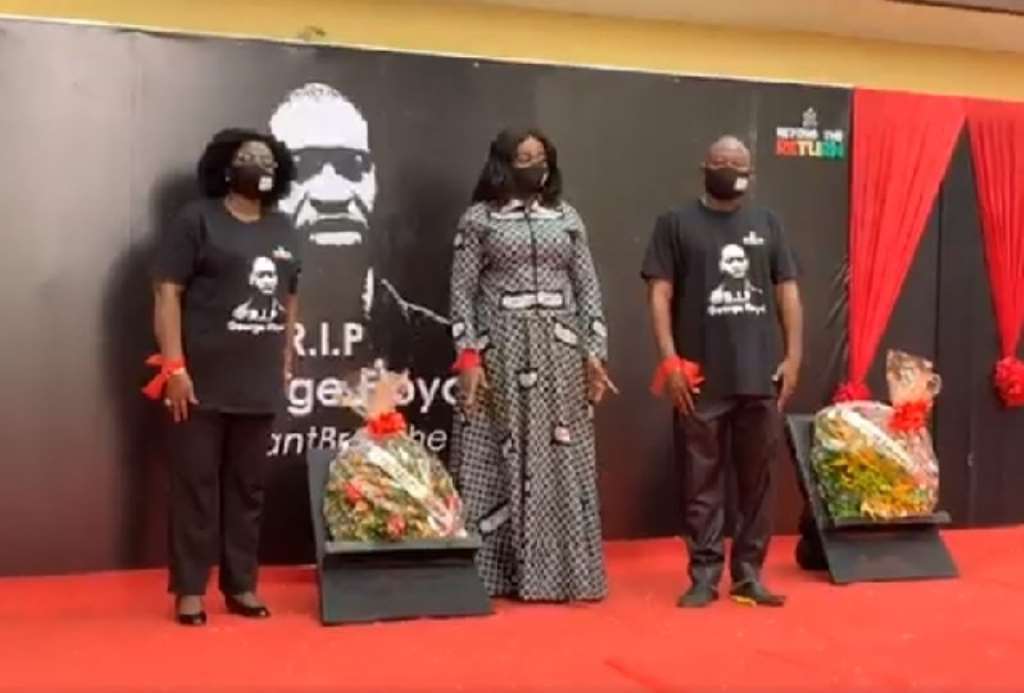 You have a choice and Africa is waiting for you,” she added at the event held at a center dedicated to another prominent African American, the pan-African sociologist W.E.B Du Bois, who lived his later years in Ghana and is buried at the center.

Even before the memorial, Ghana’s president, Nana Akufo-Addo, had condemned Floyd’s killing and called for justice. “We stand with our kith and kin in America in these difficult and trying times, and we hope that the unfortunate, tragic death of George Floyd will inspire a lasting change in how America confronts head on the problems of hate and racism,” he said in a statement.

The overtures by the government have been noticed by Floyd’s family who, during his globally televised funeral in Houston, thanked Ghana for unveiling a plaque in his honor at the Du Bois Center. “The family is deeply moved by the generous act of the Ghanaian government to solidify George Floyd’s legacy,” an announcer said after a standing ovation.

The government declared 2019 as the “Year of Return,” to commemorate 400 years since the anchoring of an English ship in Jamestown, Virginia carrying a small group of enslaved Africans. The Congressional Black Caucus, rapper Ludacris, television presenter Steve Harvey, and the prime minister of Barbados, Mia Mottley, were some of the high profile visitors that traveled to the country last year as part of the Year of Return’s activities. 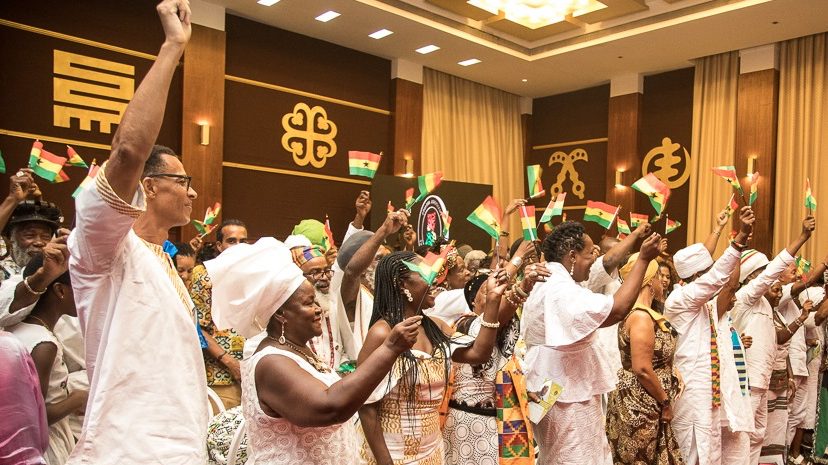 Last November, Akufo-Addo hosted a naturalization ceremony at the presidential palace, where over 100 African Americans and Afro-Carribeans, who have lived in the country for some time, became citizens. The granting of citizenship gives an added force to the country’s Right of Abode law which was passed in 2001. That law gives anybody of African ancestry in the Americas the right to stay in Ghana indefinitely.

Hoping to ride on the success and international spotlight it gained, the government declared 2020 as “Beyond The Return,” to promote Ghana as a destination of trade and investment for the African diaspora. It is a move that has been set back by travel restrictions imposed as part of coronavirus pandemic control measures.

However, critics have accused the government of hypocrisy as a day after the memorial, a vigil organized by citizens in solidarity with Floyd and other victims of police brutality was broken up by armed police and soldiers. Ernesto Yeboah, the vigil’s lead organizer, was arrested and faces a hefty fine or jail time.

Angela Davis: ‘Racism is embedded in the fabric of this country’

The eunuchs of the Ottoman Empire, the black castrated slaves tasked...