At 75, soul legend Patti LaBelle declares she is looking for a husband

Patti LaBelle born Patricia Louise Holte, the American singer, actress, and entrepreneur began her career in the early 1960s as a lead singer and frontwoman of the vocal group, Patti LaBelle and the Bluebelles.

The group would split in 1976 but LaBelle, resolute as always, forged a successful solo career, churning hits such as “You Are My Friend”, “If Only You Knew”, “New Attitude” and “Stir It Up”. 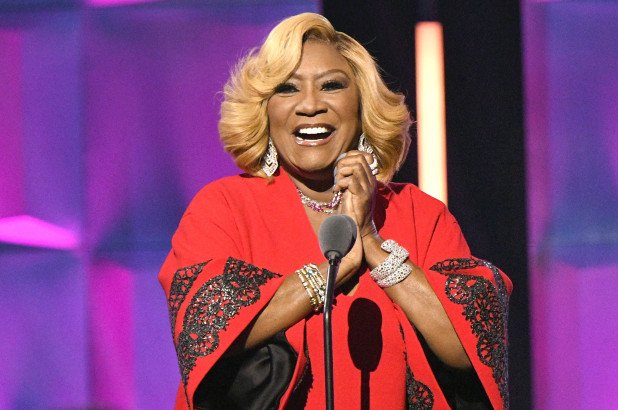 LaBelle via Getty Images for Billboard

Having sold more than 50 million records worldwide spanning five decades, it’s only befitting that the lady, born on May 24, 1944, is a Grammy Hall of Fame, Hollywood Walk of Fame, and the Apollo Theater Hall of Fame inductee.

On the love front, she was engaged to Otis Williams, a founding member of The Temptations before marrying longtime friend, Armstead Edwards in 1969. The two separated in the late 1990s and divorced in 2003. The union produced son, Zuri Kye Edwards.

But at 75, the celebrated singer looks forward to being claimed by a worthy man.

, LaBelle told The Post “I still have time to find a husband. I don’t want a boyfriend. I want a husband.”

Admitting that life has treated her kind, the lady, also acclaimed for her successful product line, Patti’s Good Life, said: “I have a wonderful life. My life is so good that a lot of men admire me and they try to look at me like that and I say, ‘Bye Felicia, Bye.’”

Showing that she already has her eyes on her big day should she land a man, she said: “When it happens, it will be a Zang [Toi] dress and he’ll wear a Zang [Toi] tux — whoever he is,” she said of the notable designer who has dressed her for more than 15 years.

For those who reckon she is too old to get married, LaBelle has something to set their minds at ease.

“Never stop trying, I’m 75 and it seems like the older I get, the better things that happen to me and the younger I feel.”

The truth about Alabama’s history

USA Today's 1619 Series Is Racist, Radical, and Not Responsible