But it rang hollow for Denita Jones, a Dallas-area call center worker. For many black, essential workers like her, the message is about reopening the economy, but the real meaning is more subtle.

African Americans in Texas are dying of Covid-19 at a rate more than one-third higher than their share of the population. Yet across the country, the protesters who became the faces of the race to reopen have been mostly white. 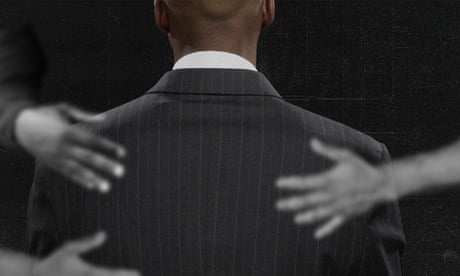 In Michigan, for example, a mostly white militia stormed the state’s capitol dressed in tactical gear, armed with guns. Confederate symbols and swastikas were mixed in with the American flags and signs. Mostly absent were the black Americans who make up just 14% of the state’s population, but are up 32% of coronavirus cases.

Experts have warned lifting stay-at-home orders could have dire consequences on public health, with social advocates warning that it could result in the sacrifice of many for the benefit of few.

Many critics argue that’s the point: the meaning behind the message. As it has been the case throughout much of American history, those most likely to be negatively impacted are African American.

Protesters demonstrate at the state capitol in Harrisburg, Pennsylvania. Across the country, the protesters who became the faces of the race to reopen have been mostly white.

According to the Penn Wharton Budget Model, even if US states reopen with social distancing rules in place, an additional 233,000 deaths could result from the outbreak.

Black Americans face greater risk. Across the country African American populations are concentrated in major cities, where coronavirus cases have so far been highest.

Majority black counties already account for more than half of all coronavirus cases in the US and nearly 60% of deaths. African Americans are also disproportionately on the frontlines of life during the pandemic.

An Associated Press analysis of the country’s 100 largest cities found more than 60% of warehouse and delivery workers are people of color.

Janitors are also among the most financially vulnerable, with more than a quarter living below the poverty line and more than 75% of them are people of color. After 16 years on the job, Terry Eddy lost her only source of income when the paint company she worked for in Cleveland opted for non-union contractors to cut costs.

“That job paid my bills, provided for me and my child, because she can’t provide for herself,” she said. “If I don’t have any money, I don’t have a way to live. I’d be out on the streets.”

“The choice of governments to circumvent science to advance this cause of reopening falls on the backs of people of color, the poor and immigrants. It is more than reckless,” said Dr Chandra Ford, a UCLA professor and the director of the Center for Racism, Social Justice and Health. “You can’t run a business when you aren’t breathing”.

We have a governmental policy of violence that is producing unnecessary deaths among poor people and people of color. Reverend Dr William Barber

While the coronavirus had already disproportionately affected black Americans because of the prevalence of underlying health issues such as obesity, high blood pressure and diabetes, the pandemic has also exposed existing racial inequities in the US healthcare and labor system.

Black people are twice as likely to lack health insurance compared with their white counterparts, and more likely to live in medically underserved areas where they face health facility closures and caps on public health plans.

“We have a governmental policy of violence that is producing unnecessary deaths among poor people and people of color,” said the Rev Dr William Barber of the Poor People’s Campaign, a social advocacy group. “It is a form of policy mass murder.”

For many, it’s no coincidence, then, that a shift in tone from keeping all Americans safe to reopening businesses at all costs occurred after data confirmed blacks and Latinos are primarily contracting the virus.

“The lives of disproportionately black and brown workers are being sacrificed to fuel the engine of a faltering economy, by a president who disdains them,” the Atlantic’s Adam Sewer wrote.

A history of sacrifice

From slavery and experimental medical treatments, to redlining and predatory lending scandals, black history in the US has long entailed laboring, both voluntarily and not, for the benefit of an American society that excluded them.

That history continues well into today’s global health crisis. Despite research indicating the virus made its way to the US via European tourists, testing guidelines that required recent foreign travel meant those considered eligible skewed wealthy and white.

“What we know now is that Covid-19 had been circulating in our communities for much longer than we realized,” Dr Uché Blackstock said of her black and brown communities in New York City’s Brooklyn and Queens boroughs. Testing at the time was concentrated to the richer, whiter Manhattan.

The Centers for Diseases Control and Prevention (CDC) have since advised health professionals to be on the lookout for medical bias.

Dr Mary Bassett, the director of the François-Xavier Bagnoud Center of Health and Human Rights at Harvard, rejected selectively opening communities considered less Covid susceptible, noting that fuels biases that result in unequal treatment for black Americans during a pandemic.

“The idea of racial susceptibility to diseases is longstanding in the US, but is simply inaccurate,” she said, adding the risk of exposure is defined by how people’s lives work, not where they live.

Because the virus doesn’t discriminate, the former health commissioner for New York City warned without substantial improvements to testing, contact tracing and treatments, the US simply isn’t ready to reopen anywhere.

Jones was only called back to work at the Dallas call center this month, after a lengthy furlough. Her colleagues have diverse political views, and some stayed home, others didn’t. At work, there were no temperature checks and masks were optional.

Before heading home, she has to call her two asthmatic children so they can isolate in their bedrooms while she disinfects her skin and clothes. There’s no other choice. If Jones didn’t work, she would be not be eligible for unemployment benefits.

“This is not fair to me, my family or any essential worker who has to return,” she said. “It’s frightening that I have to come in to this type of environment. But it was either feed my family or not return.”

Even relief isn’t equitable. A survey found black businesses were less likely to be approved for aid from the federal government’s Paycheck Protection Program. Experts warn that could worsen the financial wealth gap between whites and blacks.

“When white America catches a cold, black America catches pneumonia,” Steven Brown of the Urban Institute told CNN Business. “It’s going to be a lot harder for people to dig out once things get stable again.

”A survey by Pew Research found that last month, 44% of African Americans said that they or someone in their household experienced a job or wage loss due to the coronavirus outbreak, compared to 38% of white adults.

As nearly three-quarters report not having emergency funds to cover expenses, more than 45% of black Americans said they “cannot pay some bills ”.

In meat packing plants, which have become coronavirus hotspots, more than 50% of workers are people of color. The Trump administration had ordered the facilities to stay open.

Meanwhile, Republican governors, including Greg Abbott of Texas, continue to relax restrictions even as data shows an uptick in the number of confirmed cases.

“It’s disheartening to know my country thinks that I’m expendable,” Jones said. “But I have a governor shouting from high that we must reopen”.

As the Trump administration escalates reopening efforts, workers have organized walkouts and strikes. The social justice organizations Black Lives Matter and Barber’s Poor People’s Campaign are leading digital movements of their own.

He contends that divisions have made the pandemic less personal. According to YouGov, a London-based research and analytics group, black Americans are twice as likely as white people to know someone who died from Covid-19.

“Too many folk seem to see this pandemic as other people’s problem. Those people are the issue,” he said.

Americans of all races overwhelmingly support stay-at-home orders. But responses are largely skewed along party lines. The divide is expected to grow as anti-lockdown protests continue.

While the message of reopening states for the sake of the country is loud, Barber added that, for poor Americans, people of color and immigrants, the real meaning is deadly.

“We were already a nation of power players too comfortable with people dying from poverty, ineptitude and greed,” he said. “That is a moral movement that impacts every poor person, from black folk in the Delta to white folk in Appalachia.”