GM CEO Mary Barra wrote a May 31 letter to employees at the automaker. “There comes a time when we are compelled to stop diagnosing what is wrong and start advocating for what is right.

“Effective by the end of this quarter, I am commissioning an Inclusion Advisory Board of both internal and external leaders, which I will chair,” Barra wrote, setting a goal of making GM “the most inclusive company in the world.”

Lyft co-founders Logan Green and John Zimmer said in a Tuesday letter to customers that Floyd’s killing had brought the nation to “an inflection point” and pledged to provide “$500,000 in ride credit to national civil rights organizations,” including National Urban League and the NAACP.

Tim Cook, the CEO of Apple, wrote a May 31 letter to the company’s employees decrying the “discrimination and trauma” that minorities in America continue to endure.

“Today, Apple is making donations to a number of groups, including the Equal Justice Initiative, a nonprofit committed to challenging racial injustice, ending mass incarceration, and protecting the human rights of the most vulnerable people in American society,” Cook wrote, adding that Apple would match, two-for-one, all employee donations.

After Facebook CEO Mark Zuckerberg initially refused to condemn or flag President Trump’s inflammatory statement that “once the looting starts, the shooting starts,” he announced Sunday the company would donate $10 million to groups recommended by company employees and its “civil rights advisers.”

“I know that $10 million can’t fix this. It needs sustained, long-term effort,” Zuckerberg wrote on his platform, saying his private foundation would continue to invest “$40 million annually for several years in organizations working to overcome racial injustice.”

Verizon, the parent company of Yahoo News, announced Monday that it was donating $10 million to civil rights organizations, including the NAACP and the National Urban League.

Google CEO Sundar Pichai announced Friday that the company was launching a fundraising campaign for organizations supporting social justice and would match employee contributions up to $10,000. YouTube, which is owned by Google, announced it would donate $1 million “in support of efforts to address social injustice.”

Other corporate giants denounced racism, but have not yet committed to specific action other than plans to further discuss racial injustice.

McDonald’s CEO Chris Kempczinski said in a letter to the company’s employees that he would convene a town hall meeting.

“I’d like to hear from you on the ways we can continue to open our doors more fully while driving change beyond our Golden Arches,” Kempczinski said in his letter.

Amazon CEO Jeff Bezos directed his employees to read an essay by African-American writer Shenequa Golding that he posted on Instagram and that he said illuminated “the pain and emotional trauma caused by the racism and violence we are witnessing.” 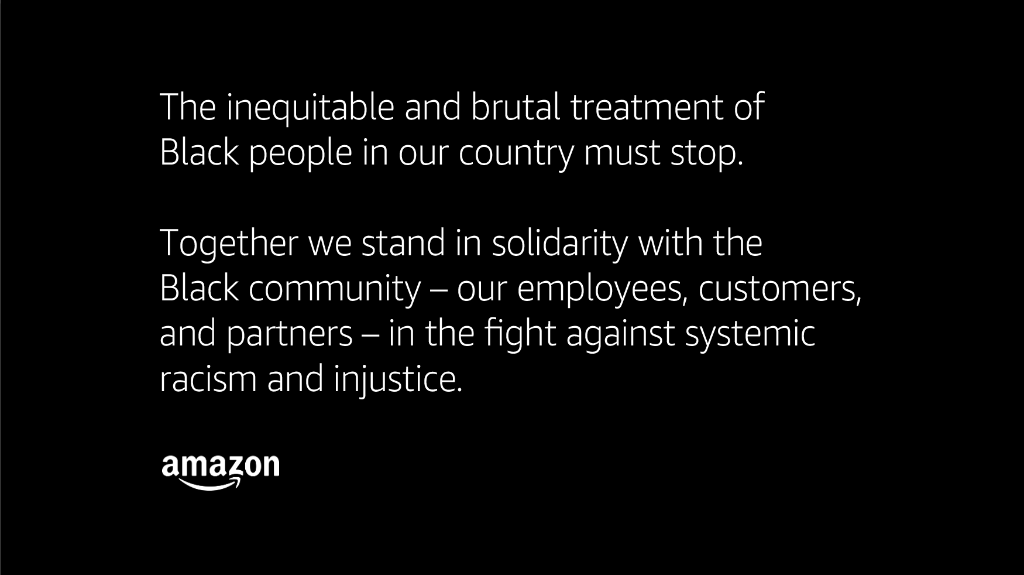 In response to Amazon’s tweet, the American Civil Liberties Union posted one of its own.

Starbucks CEO Kevin Johnson said that its leadership team was meeting to discuss “the path forward.”

Saying that America “cannot turn a blind eye” to racism, Ford Motor CEO Jim Hackett sent a letter Monday to the company’s employees saying Ford would initiate internal dialogues “to understand how people are feeling and discuss how we can get better together.”

NFL commissioner Roger Goodell said in a statement Saturday that the killings of Floyd, Breonna Taylor and Ahmaud Arbery show that there is “an urgent need for action.” Goodell did not specify what that action was, nor how the NFL, which effectively blacklisted quarterback Colin Kaepernick over his silent protests regarding police brutality during the national anthem, would help. 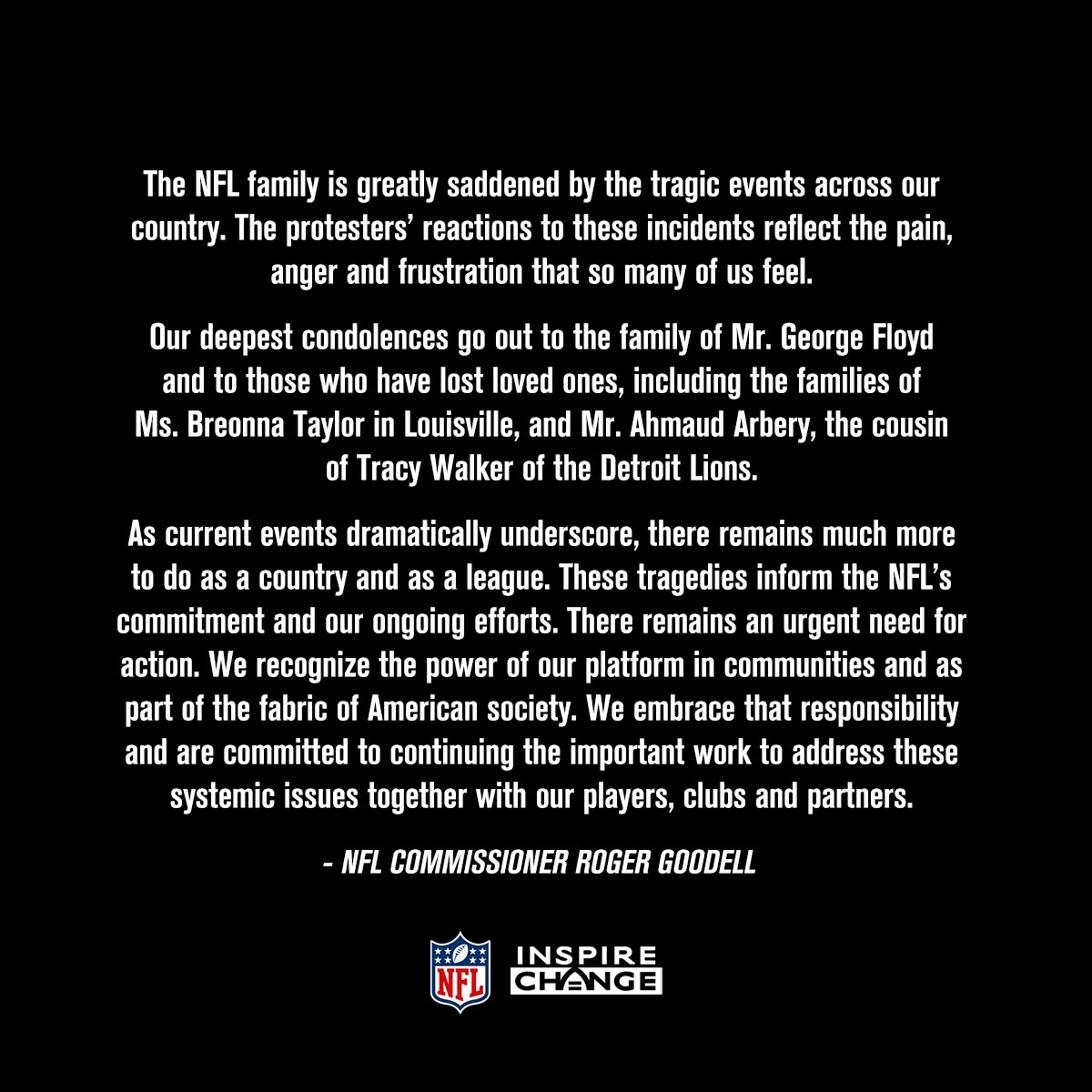 How 20,000 Blacks died through starvation and overwork in the ‘Devil’s...