At a will reading, every relative of the deceased present expects the lawyer to mention their name when the property is being distributed.

For the family of Lord Glenconner it came as a surprise when the lawyer allocated all his estates to his black manservant Kent Adonai.

Colin Tennant became 3rd Baron Glenconner when his father passed on in 1983, his wife Lady Anne Glenconner was the Lady-In-Waiting for Princess Margaret.

In a recent article by the , Lady Anne recounts how her devastated family was when after her husband’s passing in 2010, the family found out he had willed his entire estate to his manservant.

Known for having an eye for the exotic, Colin bought and transformed Mustique in 1958 for £45,000 and with his love for real estate he reinvented the place into a getaway island for the famous.

He set his eyes on St Lucia and invested in an undeveloped 480-acre estate. After he spontaneously bought an exotic elephant from a Dublin Zoo to St Lucia. Colin needed a caretaker for his new pet.

At 18, Kent met Colin in 1982 while helping his father load banana boats, they got wind of a ship that had exotic animals including an elephant.

Kent stood out from the many young boys who expressed an interest in caring for the elephant and Colin took a liking to him. 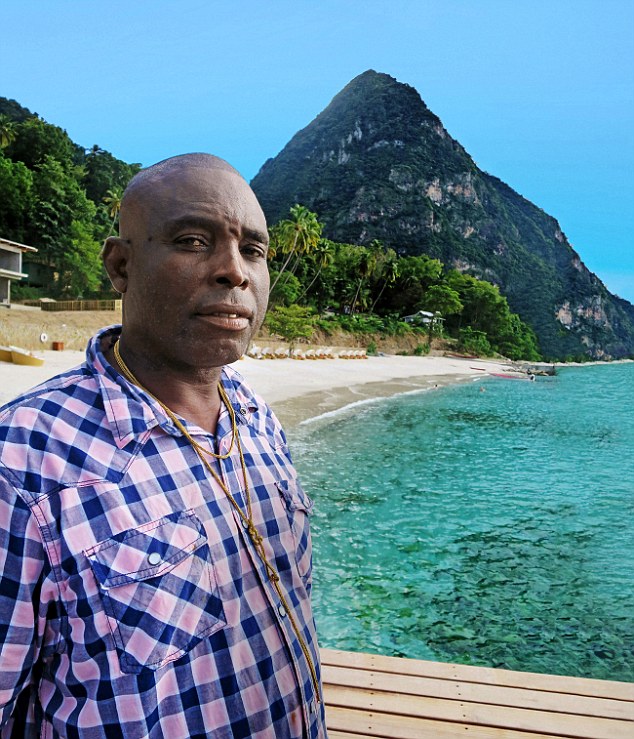 “When we got to Soufrière, the elephant didn’t want to come out of its box. I helped to encourage her out. I think that’s why Mr Tennant said he wanted me to look after her. To this day, many people here still know me as ‘marrie l’elefant’, (the elephant husband in patois), not Kent.”

Spanning three decades Kent became Colin’s go-to person for everything, especially since his wife, Lady Anne, had to dedicate her time to care for their almost-brain dead son, Christopher, who was 19 at the time of the accident in 1987.

He was his “elephant keeper, estate manager, driver and factotum for the aristocrat, whose family fortune was the product of an ancestor inventing industrial bleach.”

Lord Glenconner got prostate cancer in 2010 and hid his diagnosis from people except close relatives and Kent.  As a businessman he felt if his cancer went public, it will just be bad for business.

Describing the day Colin died to the Telegraph, Kent said, “I tried to pump his chest and bring him back to life as I held him, but it was no good,” he said emotionally. He drove his master to the hospital, but he was dead on arrival from the heart attack he suffered earlier.

In the wake of his master’s death Kent Adonai’s . A poor boy who grew up in “a shanty town, is now the proud owner of a vast estate on the island of St Lucia worth millions of pounds.”

Lord Glenconner made a new will seven months before his death with a lawyer from Soufrière. At the will reading the lawyer read, ‘I hereby leave everything to Kent Adonai, and I trust he will carry out my wishes towards the family.’

Clueless as to what his “wishes” were and his family’s obvious disappointment with the turn of events, the family contested the will in court in St Lucia.

told The Sunday Telegraph: “We are not angry; we are surprised. There’s no rift. We feel Colin [Lord Glenconner] was very ill, that he changed his will, but was not well enough. He had cancer very badly and I don’t think he remembered making the will. The will wasn’t Kent’s fault.”

For seven years, the legal battle to rightfully claim what they thought was theirs raged on. His family believed he was not of sound mind when he amended his will because to them the rightful heir to his estate was his grandson Cody Tennant.

Kent ended up with a huge amount of money and land worth £22 million and Cody got about half of his estate.

“I was with him every day. We would talk for hours; I drove him everywhere. He was a wonderful man. He taught me so much about the world, about history and culture. Every day, I miss him terribly,” said Mr Adonai to the