Amber Guyger, a former Dallas police officer who killed her unarmed black neighbor after stepping into his apartment and mistaking it for her own, has been sentenced to 10 years in state prison by the same jury that convicted her of murder. 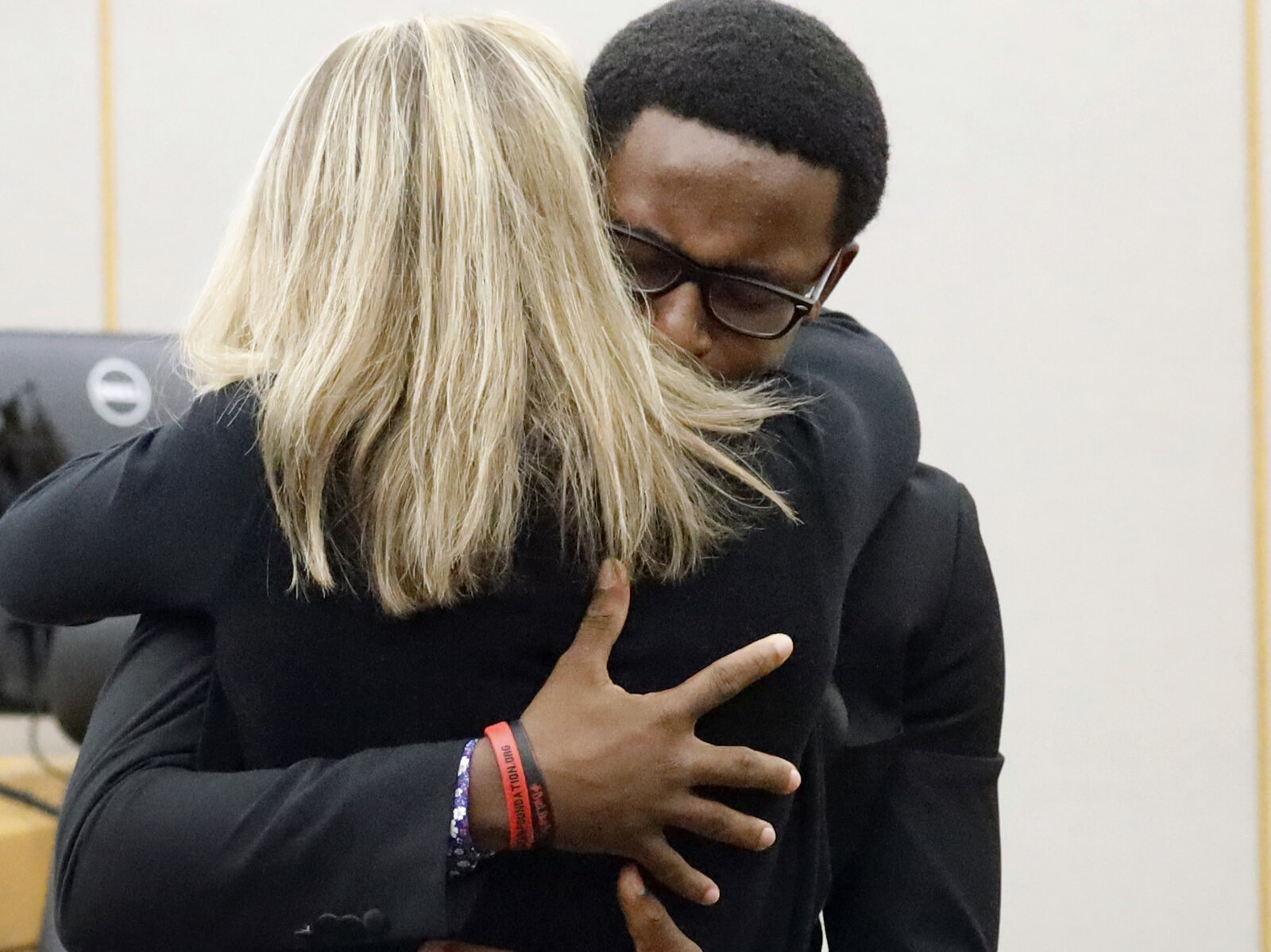 Guyger, who is white, fatally shot 26-year-old Botham Jean, an accountant from the Caribbean island of St. Lucia, who was watching television and eating a bowl of ice cream last year when Guyger fired two shots, striking him once in the chest.

She could have faced life in prison, but prosecutors asked for a prison sentence of 28 years, a higher penalty than what the jury imposed.

After the punishment was announced, the courtroom scene took a surprising turn.

“I love you as a person, and I don’t wish anything bad on you,” Brandt Jean said before making an unusual request. “I don’t know if this is possible, but can I give her a hug please?”  The judge shocked the courtroom by agreeing, and the two embraced in a dramatic and emotional spectacle, as sobs rang out.

Even the judge herself went to the defense table and spoke with Guyger for a few minutes, giving her a Bible and a hug. 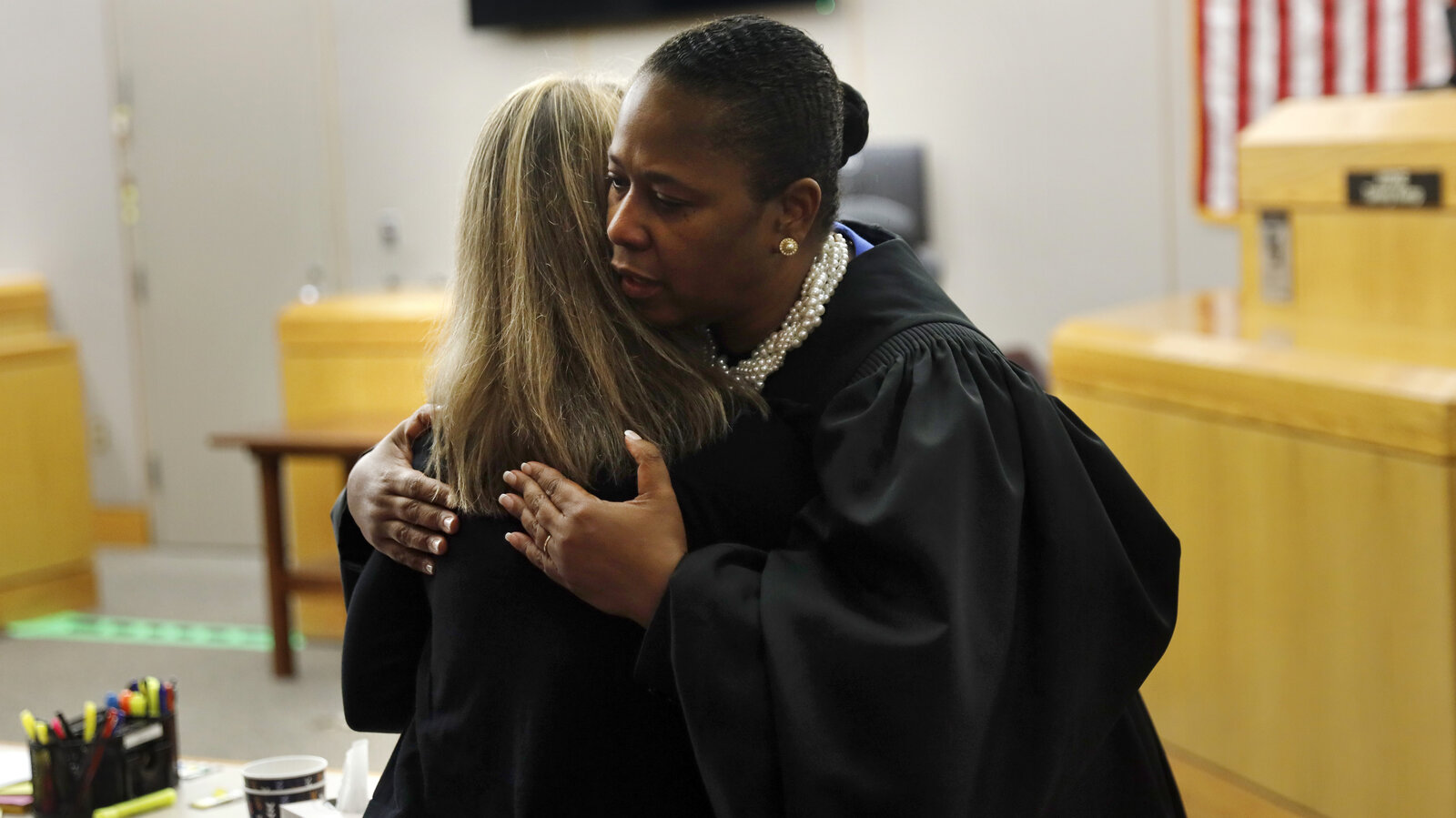 Judge Tammy Kemp gives former Dallas police officer Amber Guyger a hug after sentencing her to 10 years in prison.  Outraged by the sentence, some supporters of Botham Jean outside the courthouse chanted, “No justice, no peace.” Others criticized what they saw as a “slap in the face” to Jean’s family.

The punishment phase of Guyger’s murder trial was conducted immediately after the jury delivered the unanimous guilty verdict on Tuesday.  Allison Jean, Botham Jean’s mother, testified that her son, the middle child, was “the glue” that united her three children. He excelled at math, was a dedicated Christian and loved rugby and choir singing. Friends and family called him “Bo.” He was killed a few days before his 27th birthday.

Between sobs, Bertrum Jean, Botham Jean’s father, told jurors on Wednesday that the killing of his son has left his family shattered.  “It hurts me every day,” Bertrum Jean said. “How could we have lost Botham, such a sweet boy? He tried his best to live a good, honest life. He loved God. He loved everyone. How could this happen to him? Hindsight, what could we have done? My family is brokenhearted.”

When Allisa Findley, Botham Jean’s sister, took the stand and watched a video of Jean’s singing at church, prosecutors asked what hearing her brother’s voice elicited in her.

“That I want my brother back,” Findley said. “If I could just continue our last conversation and just not hang up the phone.” 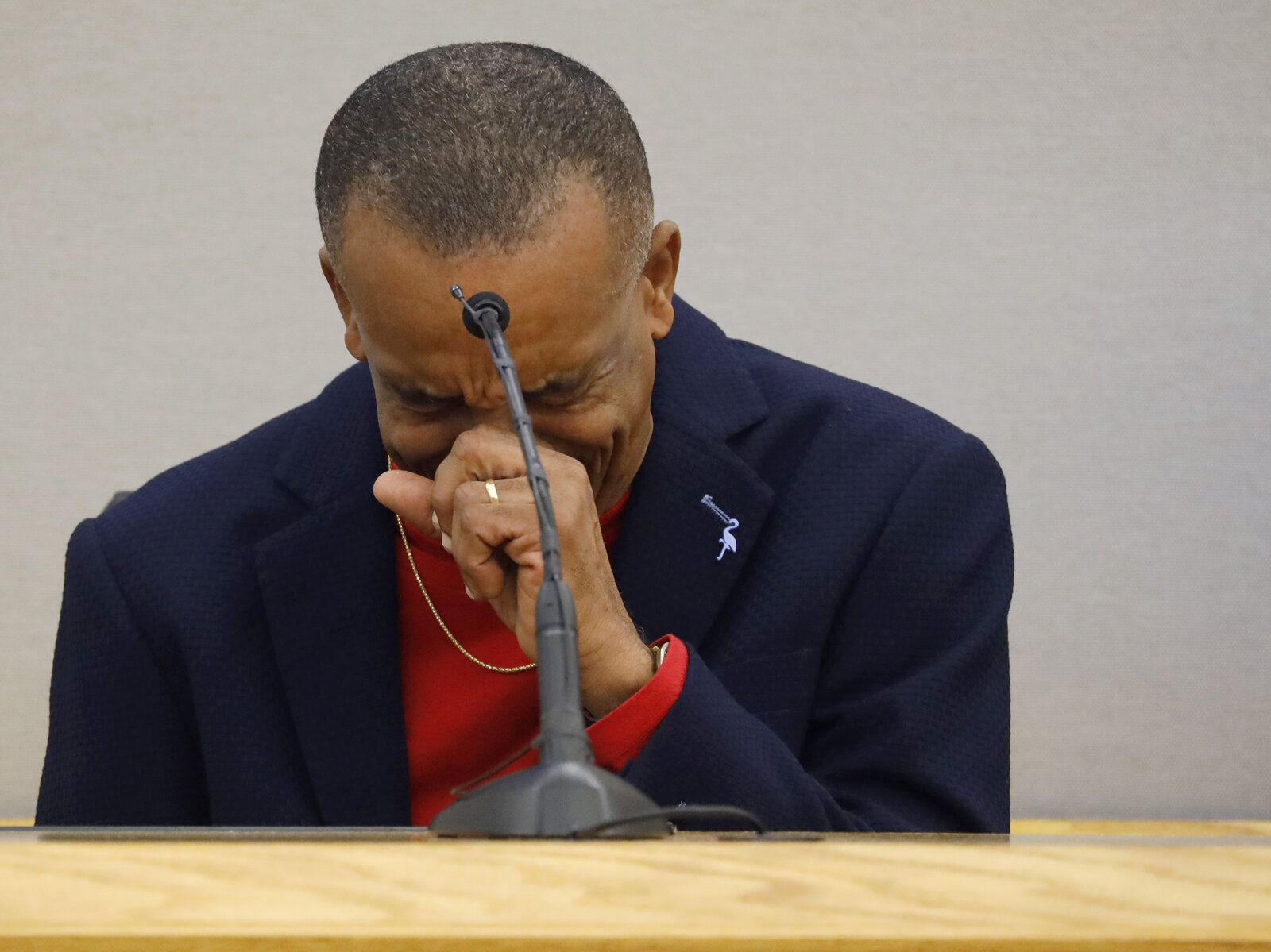 Bertrum Jean, father of Botham Jean, breaks down on the witness stand while talking about his son during the punishment phase of the trial of former Dallas police officer Amber Guyger.

Her younger brother has not been the same since Jean died. “It’s like the light behind his eyes is off,” Findley said.

Guyger testified in the trial that after parking her pickup truck on the fourth floor, one level above her apartment, she approached what she says she thought was her own unit. She noticed the door was ajar and drew her service weapon.

When she opened the door and saw Jean, she told the jury, she shot to kill, fearing for her life after seeing the silhouette of a man she mistook for an intruder. Prosecutors have underscored the various cues Guyger missed on her way to Jean’s apartment, including a bright red doormat that sat outside Jean’s apartment.

Prosecutors have said that Guyger’s police training should have guided her to seek cover and call for backup if she thought she was in danger, but her legal team said a series of “innocent mistakes” led to an “awful and tragic” outcome.

During the punishment phase, prosecutors showed the jury a series of incendiary text messages Guyger had sent, disparaging marchers at a Martin Luther King Jr. Day parade while she was working the event as a police officer. “Just push them…or spray with your pepper spray in that general area,” she texted.

The prosecution also displayed to the jury posts that Guyger made on the social media platform Pinterest, including one she saved featuring a Navy SEAL sniper with the words: “Kill first, die last. One shot, one kill. No luck, all skill”

In another social media post made by Guyger, she discussed owning a gun with an image that contained the message: “I wear all black to remind you not to mess with me, because I’m already dressed for your funeral.” 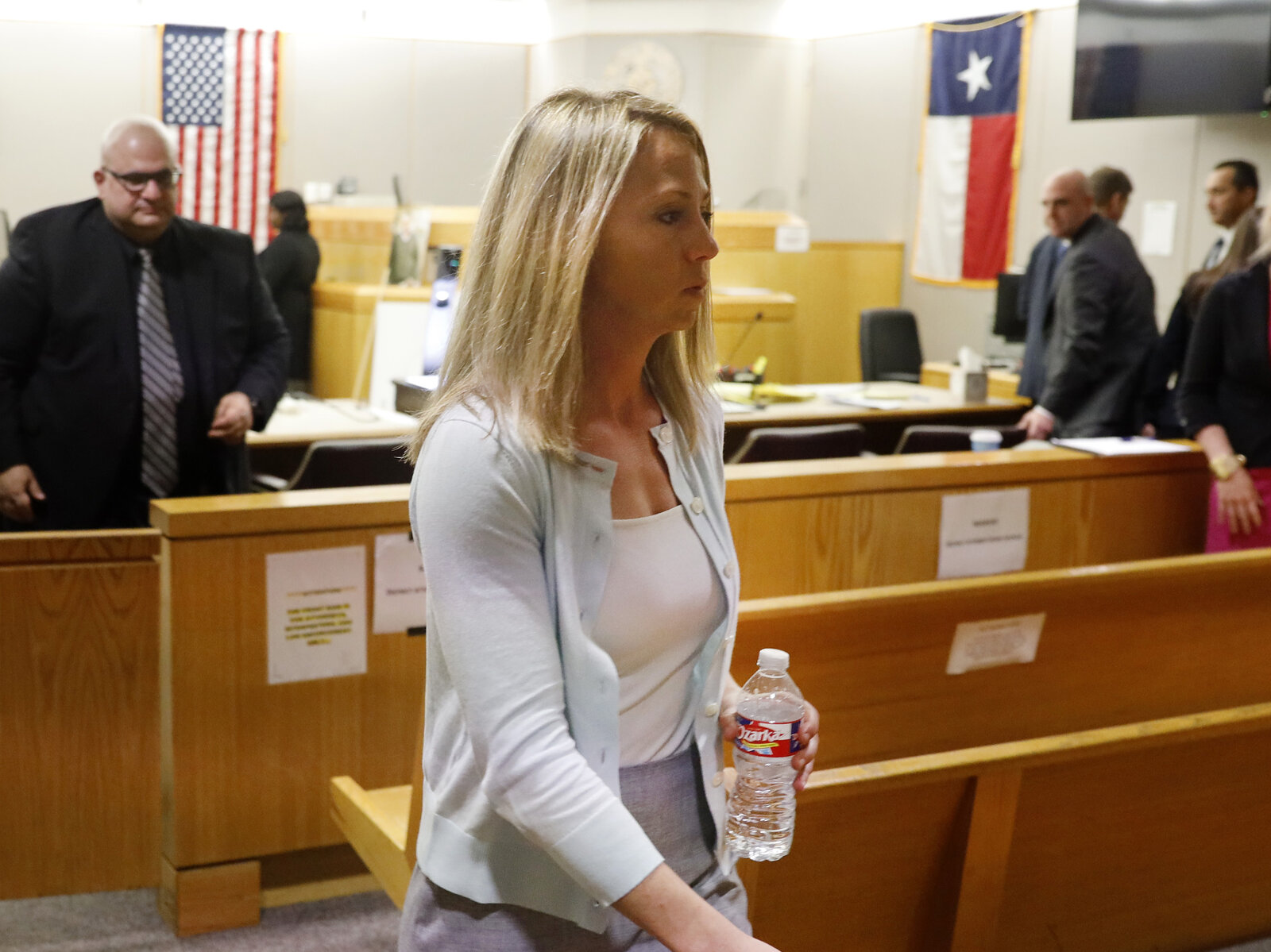 Former Dallas police officer Amber Guyger leaves a Dallas courtroom earlier this week. On Wednesday, a jury sentenced her to 10 years in state prison after jurors convicted her of murder in the shooting of Botham Jean, who lived in Guyger’s apartment building one floor above her.

A trove of phone records was also introduced in the trial showing that, after coming off a long day of work, Guyger had been conversing by text and phone with someone with whom she was having an affair. Those exchanges demonstrated, prosecutors said, that she was so preoccupied that she walked to the wrong apartment.

The guilty verdict was announced after just five hours of deliberations. Tim Power, a former prosecutor and judge in the Dallas area, told NPR that the panel did not find Guyger’s self-defense argument persuasive.

“The jurors had to believe that what she did was reasonable, and the actions of the jurors were pretty clear with their message and the speed at which it was delivered,” he said. “They believed the zone of reasonableness had been violated and that she was way outside that zone.”

The APA apologizes for our contributions to the structural racism in our nation…These appalling past actions, as well as their...