Ezra 9:8 says, But now, for a brief moment, the Lord our God has been gracious in leaving us a remnant and giving us a firm place in his sanctuary, and so our God gives light to our eyes and a little relief in our bondage.”

Written in 440 B.C., the book of Ezra is thought to be authored and compiled by the same hand that wrote Nehemiah; and, 1 and 2 Chronicles.

Ezra was not only a priest (descended from the original high priests); he was also a teacher, which means an instructor and interpreter of God’s law which had been given to Moses.

Ezra communicated directly with the king of Babylon; King Artaxerxes.  And, based on his access to the king; it is thought that Ezra was the Jewish representative when the king held court.

God speaking to Abraham:  Genesis 15:13 says, “The Lord said to him, know for certain that your descendants will be strangers in a country not their own, and they will be enslaved and mistreated for four hundred years.”

Generations passed, and we see the Israelites, who are the descendants of Abraham enslaved in Egypt as had been prophesied to Abraham centuries earlier.

About 400 years after their enslavement, Moses is called by God to go to Egypt and tell Pharaoh to free the Israelites.

Exodus 12:31,32 says, “During the night Pharaoh summoned Moses and Aaron and said, Up! Leave my people, you and the Israelites! Go, worship the Lord as you have requested. Take your flocks and herds, as you have said and go. And also bless me.”

After a canvas of all the information available; it’s very possible that the meeting between Pharaoh and Moses took place in or about 1446 B.C.

Joshua 1:1 says, After the death of Moses the servant of the Lord, the Lord said to Joshua son of Nun, Mose’s aide: Moses my servant is dead. Now then, you and all these people, get ready to cross the Jordan River into the land I am about to give them, to the Israelites.”

And so, after about 400 or more years enslaved in Egypt, and 40 years in the desert, Israel finally enters the land God had promised them.

Israel settled in the new land, and as the centuries went by, sin began to reign among the people and their leaders. They began to practice the ways of their new neighbors; practices that were an abomination to God.

The Israelites built the legendary cities of Judah and Jerusalem.  But as the cities became more and more of an abomination in God’s sight, they incurred God’s judgement. The cities were destroyed and the people taken captive.

Nebuchadnezzar’s lays siege to Jerusalem and Judea, and after some time the cities fell. The people were taken captive and displaced to Babylon where they were enslaved.  The Babylonian exile and captivity lasted 70 years.

Ezra 7:6 says, “Ezra came up from Babylon. He was a teacher well versed in the Law of Moses, which the Lord, the God of Israel, had given. The king granted him everything he asked, for the hand of the Lord his God was on him.”

And so the text we have chosen is set in the context of “God inspired prayer.” 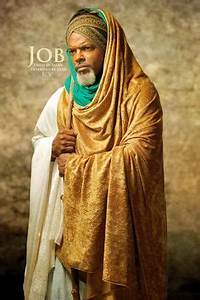 Job 14:1-6 says, “Man who is born of woman is of few days and full of trouble. He comes forth like a flower and fades away; He flees like a shadow and does not continue. And, do You open Your eyes on such a one, and bring me to judgement with Yourself? Who can bring a clean thing out of unclean? No one! Since his days are determined, the number of his months is with You; You have appointed his limits, so that he cannot pass. Look away from him that he may rest, till like a hired man he finishes his day.

Job touches on the human environment; whether good or bad, human beings live. Job seems to be saying, “My life is a torturous and tormented existence, but it is mine, so leave me alone!

Our humanity is the womb of meaning, purpose and righteousness; it is in life and living that we meet our end.  And, the end of life is our vindication for having lived.

God reconciles human beings to himself.  He does not quit, give up, get tired or become negligent.  Again and again, He says, “I am your God and you are my people.

The imago Dei is our humanity; it is the imago Dei who responds in obedience to the divine word.  The divine word lives in us, and is our expectation of eternal life, as our earthly life comes to an end.

At Home With God

Going back to the text; “The Lord our God has been gracious in leaving us a remnant giving us a firm place in his sanctuary.”

God moved the heart of the king of Persia, Cyrus, to set the captives free, and allow them to return to Jerusalem with resources to rebuild the temple.

And so, it was by the grace of God that Ezra, along with a group of exiles survived enslavement, and returned to Judea to rebuild the temple in Jerusalem.

As Ezra’s prays to God, he acknowledges the presence of grace in having set the Jewish captives free, and giving them “a firm place in His sanctuary.”

Where the text says “firm place”, the Hebrew translation is, “a peg in His holy place.”  A peg is like a nail in the wall, or a bracket to hang pictures on. Israel is allowed into the temple where they are welcome.

Ezra’s prayer acknowledges that God intends to grant Israel the right to exist in His house.  It is God’s house, and His people, often referred to as His family can dwell in His house.

Ezra says, “and so our God gives light to our eyes and a little relief in our bondage.”

“Relief in bondage,” carries the idea of psychological, physical and spiritual freedom. Israelites were enslaved, oppressed and dying in Babylon. Thoughts and ideas about slavery, and submission to the masters of this world flooded their minds.

God’s judgement against Israel was a death sentence that only God could overturn. Ezra’s prayer is an acknowledgement that God has decided to overturn their sentence.

In our text the word “relief” can also be translated “revive.”

Ezra, acknowledges that God has again visited the people of Israel with salvation. God’s  grace and power moves the heart of the pagan king instructing him to send the Israelites   back to Jerusalem after years of oppression and slavery.

Ezra knows the history of Israel; the prophets and their prophecies. He knows that God is their deliverer, and that God has a plan for Israel.

Though Ezra is mindful of Israel’s place in God’s plan, he humbly asked God to forgive the sins of the people and their leaders.

God has preserved a remnant of Israel as they suffered the horrors of enslavement. Ezra prayer acknowledges that God will grant people relief from the consequences of disobedience and rebellion.

It also acknowledges that God will grant relief from slavery and oppression.

And so, the text says, “little relief.”

The text implies that. “little relief,” in a sense is a new beginning.

We are suffering from various diseases; we are sick mentally, physically, and spiritually. Disease and sickness are killing us.  God in Christ is present to preserve, heal and deliver us from all sickness and disease. Jesus healed every kind of disease and sickness while walking among human beings. The life of Jesus demonstrated what faith in the Father can do. Just say, Lord rise up in me and take over my life, in Jesus name. Amen

Some of us are tired, weary, troubled, lost and feeling like there is no hope. The word of God is our hope; it contains the promises of God. God promises to deliver us from the troubles of life. We receive his promises by faith. Just say, Lord forgive my sins, help me, lead me; for I surrender all to you O Lord. Amen 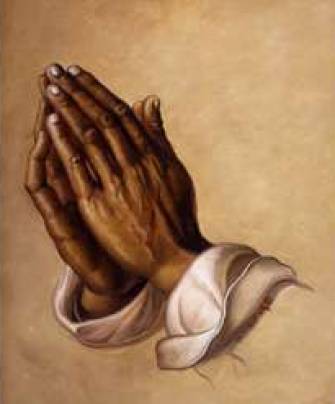 Lord, you asked Ezekiel, “Son of man, can these bones live? Ezekiel prophesied as commanded and there was a noise, a rattling sound, and the bones came together, bone to bone.  As he looked, tendons and flesh appeared on them and skin covered them.

Ezekiel prophesied again, “This is what the Sovereign Lord says,” Come, breath, from the four winds and breathe into these slain, that they may live. And breath entered them; they came to life and stood up on their feet—a vast army.

Lord, we need a second, third, and fourth chance at life and living.  Sin and death follow us everywhere we go. There is no escape!  But you O God, are our hope, our strength, our encouragement, and Savior.  We fall, but we get up, because it is Your will, that life will have the that victory, over sin and death.

Like Ezekiel, in obedience to Your word, we confess our faith in Your only begotten Son Jesus Christ. Yes, we confess with our mouths, Jesus is Lord, and believe in our hearts that God raised him from the dead, and we will be saved. In Jesus name. Amen

Isaiah 38:4 says, “Then the word of the Lord came to Isaiah: Go and tell Hezekiah, This is what the...

Scripture: Isaiah 49:24 says, “Can plunder be taken from warriors, or captives rescued from the fierce?” The Prophet The word...

Liberation, violence and the complex legacy of Robert Mugabe

Anger as Felicity Huffman;14 days in jail over admission scandal while black mom got 5-yr sentence in 2012