Dominican Foreign Minister Miguel Vargas Maldonado announced on Tuesday the temporary closure of the Dominican border with Haiti because of social unrest in Haiti following the scarcity of fuel that has lasted for several weeks and after the announcement of the Haitian Government to increase soon the price of diesel https://www.haitilibre.com/en/news-28778-haiti-flash-upcoming-increase-of-diesel-price.html what risk of provoked riots as in July 2018. 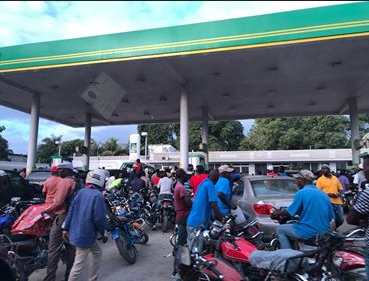 He explained that this decision had been taken by the Ministry of Defense in order to preserve national security. Noting that despite the instability and violence in Haiti, the diplomatic delegation and personnel deployed in Haiti are not in danger.

Recall that the Minister of Defense, Rubén Darío Paulino Sem to fight against the smuggling of fuel used to supply the black market in Haiti, after militarizing the Dominican petrol stations in Dajabón, multiplied the seizures of fuel sent Monday reinforcements at the border on Tuesday.

iciHaiti – Religion: The crisis in the country would be the work of an evil spirit…