Anthony Merriweather has filed a lawsuit against his employer Oakley, a multi-billion dollar retailer of sunglasses, after his manager at a retail location in downtown San Diego made controversial remarks about his hair and skin color.

Nationwide — Anthony Merriweather, an African American man from San Diego is suing the sunglasses company Oakley for harassment and discrimination. He says that his general manager told him that his hair color needed to be closer to his skin color.

Anthony works at an Oakley retail location in downtown San Diego, and says that he was told to go home because his hair color violated the company’s dress code. 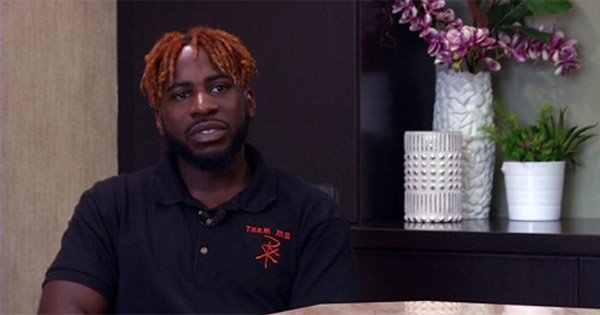 He says he videotaped the entire conversation, and a 10-page transcription of their tense discussion is included in the civil suit. In the conversation, his boss can be heard saying, “It’s not a natural hair color” and “it has to be close to your skin color.”

The transcript also reveals that she said that the dress code violation “has nothing to do with his dreadlocks and is all about the color of his hair.”

Anthony says that he once had shorter hair, but decided to wear a longer hair style and color it orange as a tribute to his cousin who died from sickle cell disease 8 years ago.

“Having my hair orange, orange is my favorite color, so when I go out there you see my hair orange, you get to ask me why and I get to tell you about my cousin,” he told NBC 7 San Diego.

The company could be in big trouble because the newly approved California’s Crown Act ensures protection against discrimination in the workplace based on natural hairstyles.

His lawsuit claims that he suffered harm, embarrassment, and severe emotional distress as a result of this incident.

DNA birthright journey for African Americans to launch in Ghana