According to , a new from the Graduate School of Education at Rutgers University in New Jersey has found that Historically Black Colleges and Universities are doing a terrific job fostering the upward mobility of their students, especially considering a significant share of their students that come from lower-income backgrounds.

The study also found that HBCUs are furthering upward mobility of their student population, which is drawn from the lower economic rungs, than the general college-going population at predominately White institutions. 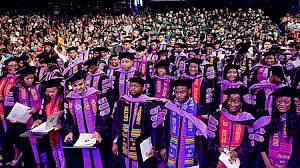 The report also identified HBCUs that are doing a particularly good job of having their graduates move up the ladder of economic success. For instance, 16.7 percent of the student body at Xavier University of Louisiana is low-income and almost one-third of these students move into the top fifth of income earners.

Producer from Africa Brings The Next 400 Show to Hollywood

Here Are Some Of The Lives We Lost During Recent Protests