Racism and white supremacy are not institutions of the past they are continues to this day.

Who would have thought the 400th anniversary of slavery in America was worth celebrating? But then “celebrating” may not be the right word for what is turning into a reexamination of America’s original sin.

A number of conservatives have responded with indignation to this approach. Most prominent is former professional historian and former House Speaker Newt Gingrich, who is apparently fed up with the focus on mistreatment of Africans.

“Certainly if you’re an African American, slavery is at the center of what you see as the American experience. But for most Americans, most of the time, there were a lot of other things going on,” he explained. Instead of emphasizing the critical role played by race-based slavery, Gingrich argues that we should focus on the “several hundred thousand white Americans who died in the Civil War in order to free the slaves.” 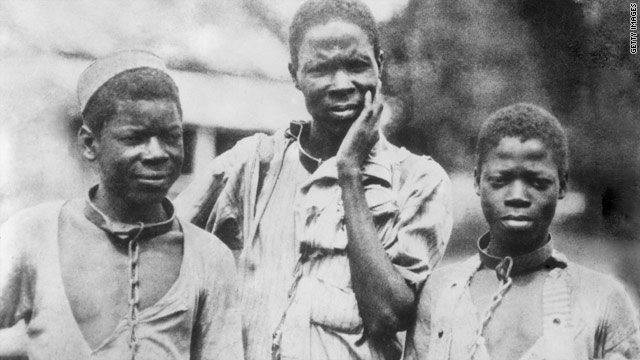 Gingrich’s argument is nonsensical. Whatever one’s race, “there were a lot of other things going on” at any period in history. One does not have to be Black to see the importance of slavery to the American story. Nor does the fact that a lot of other things were “going on” make slavery inconsequential or somehow benign.

But then, despite comparing himself to scholar-president Woodrow Wilson, Gingrich is not a deep thinker. As historian Jonathan Zimmerman has pointed out, “to Gingrich, history is politics by any other means.”

Also, Gingrich’s understanding of the Civil War is flawed. The goal of the war was not primarily to free Black slaves but to block Southern secession and the expansion of slavery into the Western territories. But even if one accepts Gingrich’s framing, the logical focus would not just be on the selfless whites who died supposedly freeing slaves but on the millions of whites whose treason made the war necessary. Their rebellion against the U.S. government initiated the bloodiest conflict in American history, causing  in an ultimately futile effort to preserve and expand a cruel and immoral institution.

One can argue over how different America might have been had the country never embraced white supremacy and race-based slavery, but one cannot argue, in any intellectually honest way, that this history has not fundamentally shaped who we are today. The nation’s first naturalization act — passed in 1790 — restricted eligibility to “.”

That restriction stood until after the Civil War. Racial restrictions on immigration were not  until the latter part of the the 20th century. Although Black Americans won the right to citizenship in , the right to equality was not granted until a century later. And even then, most blacks were not allowed to exercise that supposed right.

To erase racial exclusion and suppression from America’s history is to erase most of American history.

Gingrich, for all his anti-intellectual bluster, surely understands that. But he simply finds it easier to celebrate the greatness in our history rather than focus on moral failings —especially if acknowledgement of those failings bolsters an argument to make amends.

Don’t Pretend The Past Doesn’t Matter

Over the course of my career, I have produced several books and hundreds of articles that attempt to explain America’s racial complexity. As a consequence, I have received thousands of nasty messages from white readers who insist that whites are not responsible for the mess minorities have made of their lives. I am very familiar with the way Gingrich frames things and with the tendency of so many thinkers, particularly on the right, to dismiss the pernicious effect of race — both historically and today.

I am also aware that in the past few years, we have hit new lows in political rhetoric. Our current atmosphere is not one that encourages deep reflection or fosters the ability to digest a complex history. Still, I can’t help feeling that in an age where , we have a responsibility to understand just what they are connecting to in our collective history.

We certainly can disagree about how much and in what ways the sins of our historical past influence the present. What we cannot do, with any integrity, is pretend that the past does not matter — or that it no longer influences who we are.

The woman at the center of the heinous murder of Emmett Till, a Black Chicago teen who was lynched and...