How the world forgot the Black 14, Wyoming’s football players kicked off team for seeking to protest racism in 1969

It was intended to be an elusive gesture to protest the injustices in their backyard – but it was crushed even before it gained currency. In the fall of 1969, fourteen members of the Wyoming Cowboys football team – the Black 14 – intended to wear black armbands in their upcoming game against Brigham Young University (BYU) Cougars.

The move was to call attention to certain practices by the Church of Latter-day Saints, commonly known as Mormons, which was then accused of demeaning people solely on the basis of skin color.

According to the church, black people may join it but cannot ascend to its higher offices (Priesthood). Basically, black people cannot pass the sacraments as the 12 and 13-year-olds do.

They can also not prepare the sacraments as the 14 and 15-year-olds do nor can they bless the sacrament or perform as the 16, 17 and 18-year-olds boys do.

In each case, the reason is the same – he is black and is, therefore, under the case of Cain, according to LDS Holy writ.

With BYU being an appendage of the Church, the fourteen, a group of black members of the Wyoming Cowboys football team, had an idea of wearing the black armband to highlight the Church’s brazen demeaning policy targeted at blacks. 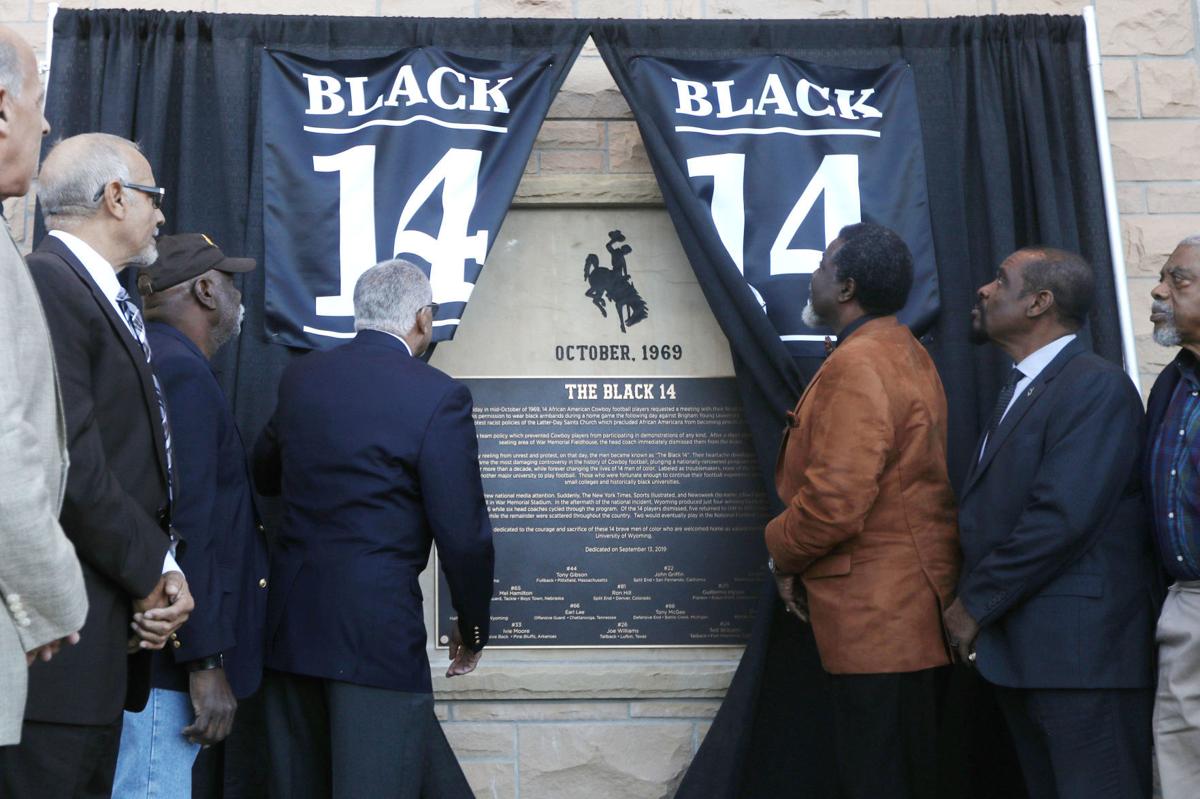 But Coach Eaton wouldn’t take none of that, firing them outrightly from the team.

“We wanted to wear armbands to say your … beliefs have no place on the gridiron, that was it,” said . “It was a monologue, not a dialogue,” Hysaw said. “We never got to ask the question and we never got the state what we wanted.”

The Cowboys went ahead with the 14 to beat BYU in Laramie on Oct. 18, 1969, 40-7. They, however, dropped four of their final five games to finish 6-4, and Wyoming’s football fortunes soon after nose-dived.

After Wyoming went 1-9 in 1970, Coach Eaton was reassigned within the department and left the university in 1972. 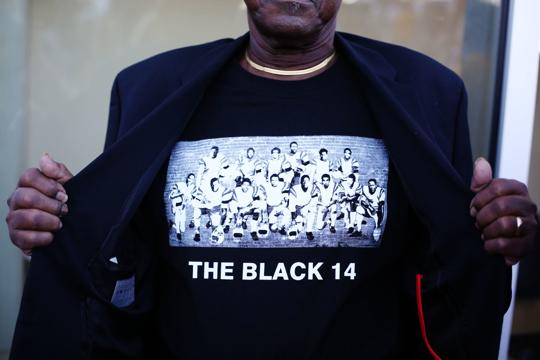 by the players against the state and university was initially thrown out at trial by district judge Ewing T. Kerr. But the 10th District Court of Appeals reversed the decision in May 1971, and after a trial, Kerr ruled for the state in October of that year.

After 50 years, the University of Wyoming is apologizing for stifling the Black fourteen’s rights to protest what they viewed to be unfair and discriminatory treatment against blacks by LDS.

A commemorative week in honor of the 14 players, dubbed the “Black 14,” was held this year, marking the 50th anniversary of the incident.

The week was attended by eight of the 11 living players and at dinner, the university’s athletic director Tom Burman read from an official apology letter from the school. 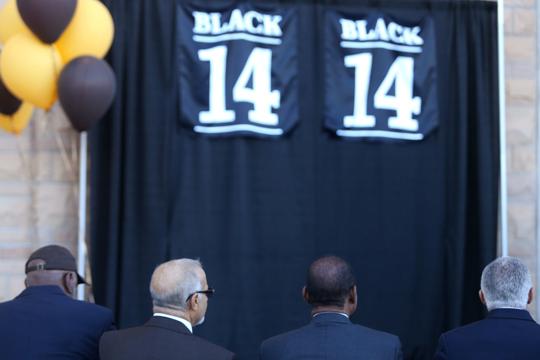 extolled the former students for their actions and observed that they were “deprived” of their college experiences because of events that weren’t their fault.

“To have your collegiate careers derailed as both students and athletes is a tragedy,” it said.

It concludes with the following: “Please accept this sincere apology from the University of Wyoming for the unfair way you were treated and for the hardships that treatment created for you. We want to welcome you home as valued members of this institution, and hope you accept our old Wyoming saying, ‘Once a Cowboy, always a Cowboy.’”

, a senior associate athletic director at Wyoming, helped organized the event. According to him, “Honestly, (the commemoration and apology) should’ve been done 20 years ago, or longer.”

“I can only imagine that was something they wanted to hear, and they hadn’t heard that for 50 years from the school.” Lionel Grimes, a member of the Black 14, described the apology as “mind-boggling.”

“I never thought I’d see that happen at the University of Wyoming.” “That’s all I ever wanted was an apology,” Tony Gibson, another member, said. “That’s it.”

Allison Davis; the black scholar who proved that your academic grades depend on your economic class

He Is Our God