Jaelene Hinkle chose not to play for the U.S. women’s national team last year because her religious beliefs prevented her from wearing a jersey that commemorated LGBTQ Pride Month.

Hinkle revealed the reason for her decision last June. ‘I just felt so convicted in my spirit that it wasn’t my job to wear this jersey,’ she said.

Jaelene Hinkle (right) revealed she decided not to play for the U.S. women’s national team last year because her Christian faith prevented her from wearing a jersey that commemorated LGBTQ Pride Month. 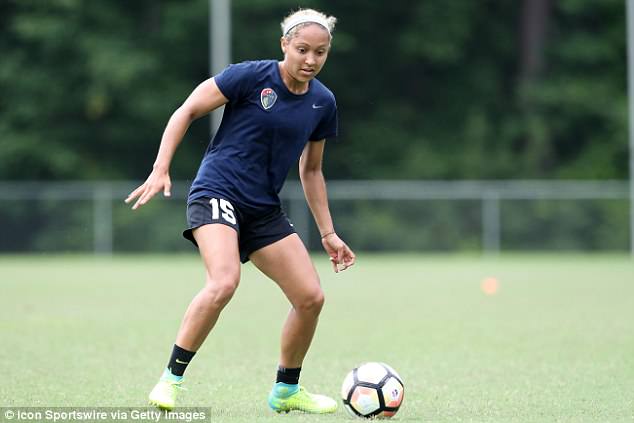 Jaelene Hinkle of the North Carolina Courage during a training session on June 22, 2017, at WakeMed Soccer Park Field 7 in Cary, North Carolina

‘I gave myself three days to just seek and pray and determine what He was asking of me to do in the situation,’ she continued. ‘I’m essentially giving up the one dream little girls dream about their entire life, and I’m saying no to. It was very disappointing.’

‘I knew in my spirit I was doing the right thing. I knew I was being obedient. But just because you’re obedient doesn’t make it easy.’

Hinkle has not been called up to the national team since. 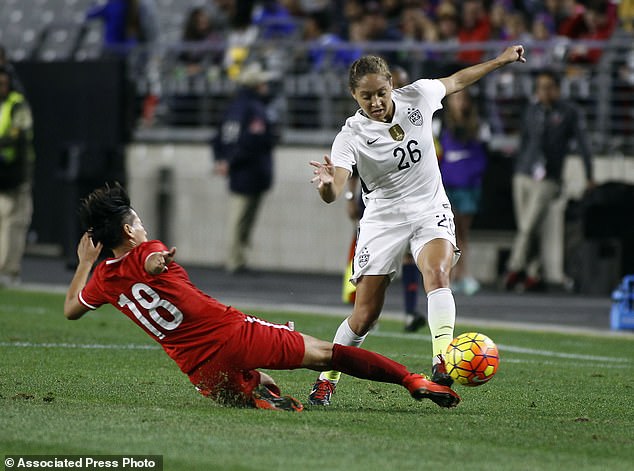 The USWNT has featured several women from the LGBTQ community over the years, including Abby Wambach, whose 184 international goals ranks first all-time among all U.S. men’s and women’s soccer players.

Hinkle’s views were not exactly a secret.

When gay marriage was legalized nationally in 2015, Hinkle took to Twitter to condemn the decision: ‘This world is falling farther and farther away from God… All that can be done by believers is to continue to pray.’

She wrote a longer entry on Instagram, where she posted a picture of a cross.

‘I believe with every fiber in my body that what was written 2,000 years ago in the Bible is undoubtedly true,’ read one part of her passage. ‘It’s not a fictional book. It’s not a pick and choose what you want to believe. You either believe it, or you don’t. This world may change, but Christ and His Word NEVER will.

‘My heart is that as Christians we don’t begin to throw a tantrum over what has been brought into law today, but we become that much more loving. That through our love, the lost, rejected, and abandoned find Christ.

The rainbow was a convent made between God and all his creation that never again would the world be flooded as it was when He destroyed the world during Noah’s time. It’s a constant reminder that no matter how corrupt this world becomes, He will never leave us or forsake us. Thank you Lord for your amazing grace, even during times of trial and confusion.’

A defender, Hinkle plays for the North Carolina Courage of the National Women’s Soccer League. The Courage visited the Portland Thorns on Wednesday night, and there were boos heard when she was announced in the starting lineup. Some waved rainbow Pride flags.

The 25-year-old Hinkle, who played soccer at Texas Tech, didn’t comment after the match.

‘She is high on her faith, and in my honest option that’s absolutely incredible,’ teammate Jessica McDonald said. ‘If she’s for God, then that’s fine, that’s great if that’s what keeps her going in her life and keeps positivity in her life, then let that be.’

‘She’s got a good heart, and she battled through the game. It’s not an easy thing for her,’ Riley said. ‘I give her a lot of credit to be perfectly honest. Whatever her beliefs are, whatever she believes in, that’s her. It doesn’t affect the team. It doesn’t seem to affect anybody on the team.’

The Courage, who lead the NWSL standings, beat the Thorns 4-1. 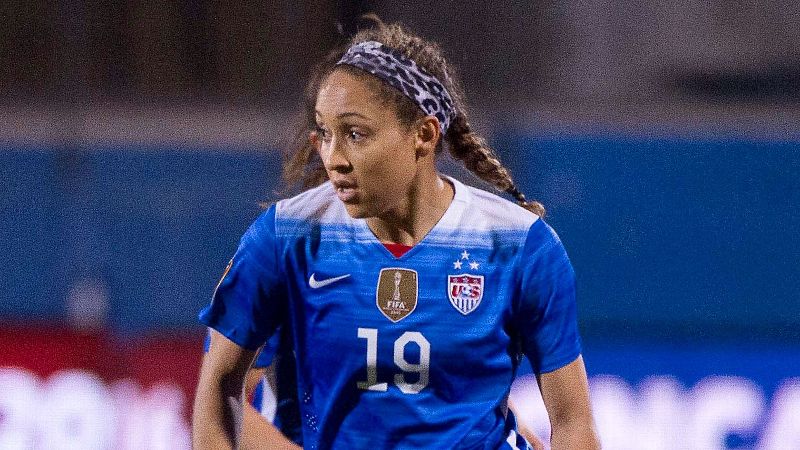 The USWNT has featured several women from the LGBTQ community over the years, including Abby Wambach, whose 184 international goals ranks first all-time among all U.S. men’s and women’s soccer players. Wambach finished her career with two golds and one World Cup title

The disturbing account of a black baby thrown into boiling water...