However, apart from the story of how Ndi Igbo came into being, the Igbos also shares some similar practices with the biblical Jews.

But upon factual analysis, one is forced to rethink the possibility of this claim.

Known to be third largest of the three major ethnic groups in Nigeria, the typical Igbo communities are found in the southeastern part of Nigeria.

And according to oral tradition and many writers of Igbo history, Eri is to the Igbos, what Oduduwa is to the Yoruba. 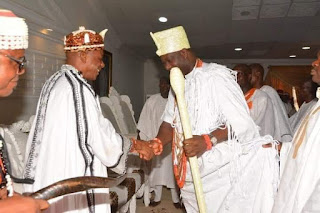 He was said to have migrated from Egypt with a group of companions just before the exodus of the Israelites from Egypt thousands of years ago.

Eri and his group were said to have traveled by water and finally arrived at the confluence of Ezu and Omambala Rivers, located in present-day Aguleri, Anambra State. 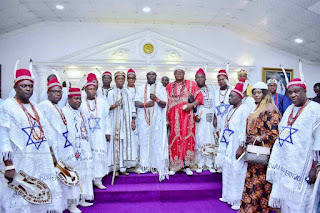 We were not told how long their voyage took to get to their promised land, what we were told is that Eri and his group was divinely instructed to make the confluence of Ezu and Omambala Rivers their final destination.

They would move into the hinterland and make a settlement in the present-day Aguleri. It was here that Eri lived and died.

Meanwhile, amongst Eri’s children was Agulu, the eldest son who took over from his father after his demise.

It was him who appended the name of his father, Eri, to his name and founded Agulu-Eri (Aguleri) by calling the settlement where his father Eri died and he (Agulu) lived AGULERI. 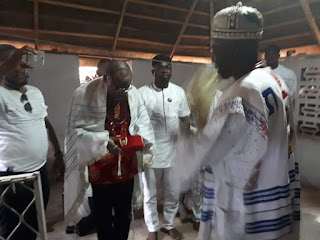 However, apart from the story of how they came into being, the Igbos also shares some similar practices with the biblical Jews. And among the Igbos, these traditional practices predate the coming of the Christian missionaries.

Examples of shared traditional practices between the Jews and the Igbos include circumcising male children eight days after birth, refraining from eating “unclean” or tabooed foods, mourning the dead for seven days and celebrating the New Moon. 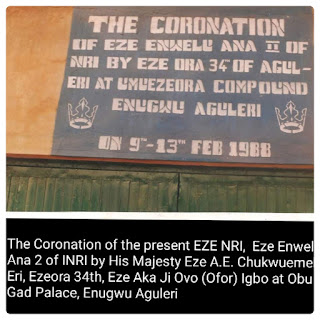 Supporting this belief is Daniel Lis, a foremost researcher on Jewish Identification among the Igbo from the University of Basel, Switzerland.

He affirms that there has been a clear continuity of Jewish identity among the Igbo. “It’s not just something that happened yesterday,” he said.

In addition to the shared practices between the Jews and the Igbos, there is a striking evidence that forces one to see a link between the Igbos and the ancient civilization of Egypt: It is the Ancient Igbo Pyramids, which is also known as the Nsude Pyramids. 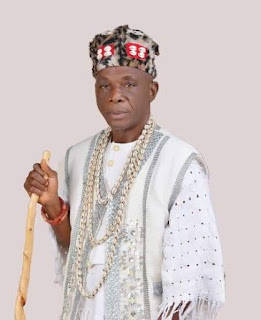 The Ancient Igbo Pyramids or Nsude Pyramids is a testimony of ancient civilization among the Igbos.

Nobody knows when it was built, but archeologists have said that the pyramids have lasted centuries and are believed to have been built at the same time the first or second wave of Egyptian pyramids were built by the Nubians.

With similar features to that of the Stepped Pyramid of Djoser at Saqqara, Egypt, one is forced to contemplate on the mystery behind their resemblance.

And without exaggeration, it can be suggested that the knowledge of one must have led to the building of the other.

Be that as it may, it should be stated here for the purpose of clarity that the word Ndi Igbo/ Ndigbo mean the “Ancient People.” And according to them, the British called us IBO or (Heebos): A word synonymous to Hebrew.

There are other interesting arguments, with regard to the topic of this article, that has been presented by concerned Igbo scholars.

Notable among them is the claim that the following Igbo words/phrases were used in the bible.
1. Jee na isi isi (Genesis)
Known to be the first book in the bible, some Igbo scholars believe that the word is a corrupted version of the Igbo phrase “jee na isi isi” which when translated in English means “go to the very first“.

2. Detere nu umu (Deuteronomy)
Known to be the fifth book in the Bible, the word “Deuteronomy” is from Latin Deuteronomium, from Greek Deuteronomion and originally from Igbo phrase “detere nu umu”.

3. Asaa bu taa (Sabbath)
According to the biblical story of creation, God rested on the seventh day. Sabbath is a day set aside for rest and worship. The word is said to be the same with the Igbo phrase “asaa bu taa” which means “today is seventh.”
4. Chere ubim (Cherubim)
Described in the Bible as a winged angel and represented in ancient Middle Eastern art as a lion or bull with eagles’ wings and a human face, Cherubim is regarded in Christian angelology as an angel of the second highest order of the nine-fold celestial hierarchy.

However, the name is believed to be a distorted version of the Igbo phrase “chere ubim” which means “guard my home.” And of course, angels are guardians.

5. Nta lite kuo ume (Talitha cumi)
According to the book of Mark 5:41, Jesus was storied to have raised from death the daughter of Jairus. And “Talitha cumi” were the words he used.

“Talitha cumi” or “Talitha kum” or “Talitha koum” is an Aramaic phrase and believed to be an Igbo phrase “nta lite kuo ume” which means “little child wake up and start breathing”.
More pictures after cut….. 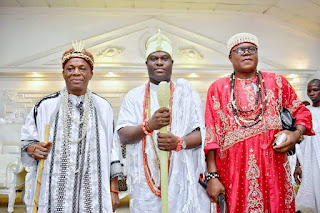 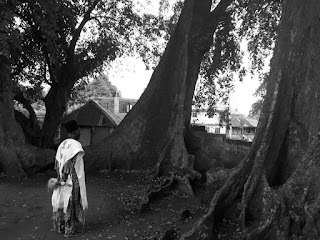 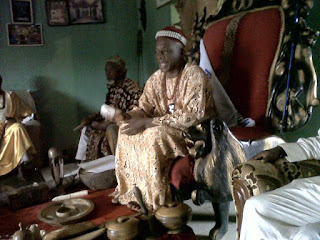 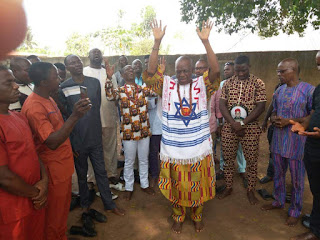