Imagine what it would feel like if the person you loved most was killed or raped. Then, someone thought it would be a great idea to erect a huge statue in your neighborhood to honor them—no, not your loved one, but the monster who hurt them beyond repair.

I’m sorry to be so graphic and blunt, but that is how many people feel each time they pass a public square or park with a statue of their ancestors’ slave master, a murderer, or a white supremacist.

I am the sixth great-grandson of President Thomas Jefferson, who was a slave owner. I am a descendant through his relationship with his slave, Sally Hemings. Despite my connection to Jefferson, he falls under the above description.

There are many statues of him that should come down. He was, after all, a participant in the institution of slavery—perhaps the most notorious one among the Founding Fathers, not least because of the jarring contrast between what he practiced and what he preached.

Long after slavery ended, a lot of statues of “powerful” white men were put up or retained, not least so as to remind people of color of their “degraded” place in society. This was done to keep them in their “place” and to mentally manipulate them.

Of course, the false idol is praised by many of their counterparts who fought for and funded the statue because they were all living that same lifestyle and attempting to reach the same “success” at the expense of others. For these reasons, and more, I think all the statues of people that are offensive or spiteful to a whole group of people, or statues that honor people that, by today’s standards, would be breaking the law, should be removed from public areas.

Public statues and monuments like the ones of Thomas Jefferson, Robert E. Lee, and Christopher Columbus (who, it cannot be stressed enough, did not discover anything new to the indigenous people) are for many people symbols of hate, racism and slavery; and when we honor and celebrate them in public arenas, we inadvertently give them and their actions validity and power. We must no longer give power and permission to people to hate.

Now, I don’t think we should erase questionable statues from the face of the earth or rewrite history. But as a tax-paying citizen, I just do not want to contribute to the upkeep of the statues or look at these oppressors when I’m going about my daily life. 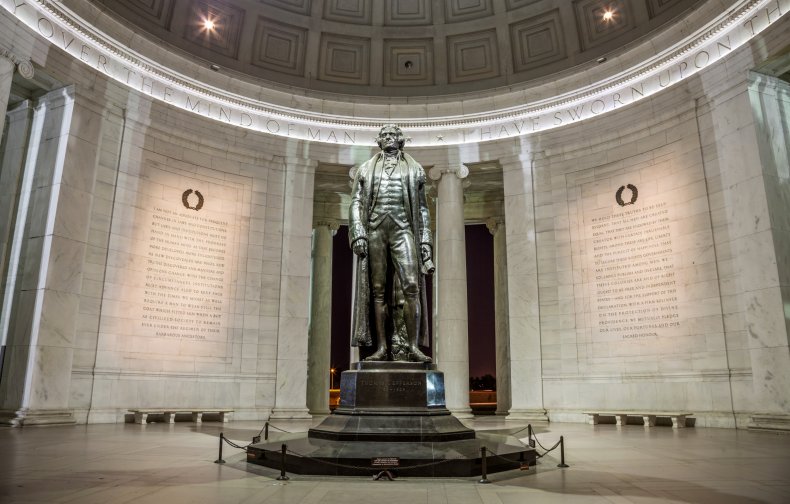 The time of selectively preserving and glorifying some bits of our history, while letting less flattering ones gather dust, is ending. This is the time for change, reconciliation and healing, and the place for statues of tarnished historical figures are museums or other educational environments that will allow the whole story to be told.

A statue alone only provides content, but a museum setting would allow it to have context. It is imperative that we remember our history, that we don’t erase our complicated past, but preserve and learn from it while understanding where those figures fit into the fabric of our country. In the sentiment of Thomas Jefferson, we have to grow and change with our times.

The first monuments that need to be removed from public spaces, without further discussion, are Confederate monument. Confederate statues were erected to honor post-Civil War white supremacists who are known exclusively for selecting the Confederacy over the Union and fighting a war to defend and extend the evil institution of slavery. They represent hate, not patriotism, because they went against the U.S. and do not represent what the U.S. stands for now. 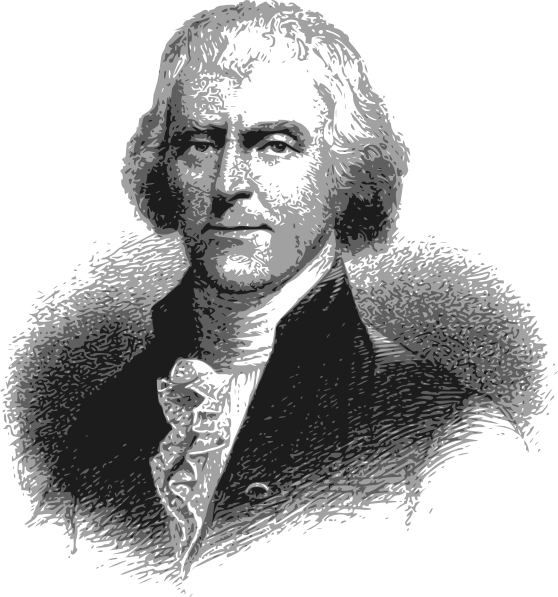 There are no public monuments of Hitler in Germany, so why should any Americans be subjected to the celebration of Confederate statues and images of hate and enslavement? And it’s not that anyone in Germany doesn’t know who Hitler was. They just remember him as he deserves to be remembered—among other things, as not the kind of man you glorify through statues, monuments and street names.

Now I know many people, even some of my family members, will say Jefferson was not as bad as a leader of the Confederate Army. After all, he wrote the Declaration of Independence, created the Virginia Statute for Religious Freedom, made the Louisiana Purchase and participated in the founding of the Library of Congress and the University of Virginia. I respect him for those things… but on the other hand, ask yourself if you can look past the fact that he owned more than 600 people against their will, knew it was wrong, but never let them go.

Can you look past that and praise him as an idol on a pedestal just because he wrote a document that he thought did not apply to you or your family in the first place? He has a place in our history, to be sure; but this place needs to be occupied by the real Thomas Jefferson, not the character he projected through his more inspirational writings.

Would removing statues and renaming military bases create a slippery slope toward getting rid of every statue and historical building’s name? It seems unlikely—there are just too many. But that’s a chance I’m willing to take if it will make people feel more equal, instead of feeling degraded each time they pass a statue or building that looks down on them, figuratively and literally, insinuating they don’t belong. Such monuments are like bullies—non-verbal but still imposing, constantly present.

This is our country’s opportunity to do much more against white supremacists, hate and systemic racism than merely tweet. This is our chance for change and action. This is our opportunity to really prove that this country actually cares about making sure all men and women are created equal and treating them as such.

Elected officials need to stand up for the message of equality that the United States of America is supposed to represent. If they don’t, the people will rise up and do their jobs for them. After all, “To restore harmony, to render us again one people acting as one nation should be the object of every man really a patriot.” These are Jefferson’s own words—an example of the part of his legacy that is actually worth celebrating. But with deeds, not with statues.

Shannon LaNier is the co-author (with Jane Feldman) of “Jefferson’s Children; The Story Of One American Family.” He’s also the founder and host of the DaddyDuty365.com, podcast, where celebrity dads tell all.