The man President Donald Trump once called “my African-American” is bidding the Republican Party adieu.

A ‘War on the Poor’: Amid Avalanche of Criticism, Trump Administration Restricts Food Stamps for Hundreds of Thousands

Gregory Cheadle, 62, now has his sights set on a seat in the the U.S. House of Representatives and intends to run as an independent in the upcoming 2020 election.

Cheadle, a real estate broker and five-time congressional candidate, once backed the GOP’s policies but said the party has since become hellbent on pursing a “pro whites” agenda while using African-Americans like him as “political pawns.” Moreover, his expectations for the party to address the interests of Black Americans are officially kaput.

Gregory Cheadle shot to fame in 2016 after the then-presidential candidate picked him out in a sea of white faces at a California rally and exclaimed, “Look at my African-American over there!” 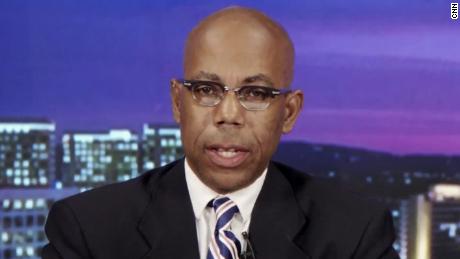 The straw that broke the camel’s back, he said, was when Trump ordered four congresswomen of color (who are all U.S. citizens, and one of whom was born in America and has no foreign ties) to “go back” to their respective countries.

“We just haven’t had people called the names publicly that we’ve had with this administration,” Cheadle told the outlet. “To stay on this ship now, as a black Republican, I couldn’t do it.”

He said the president’s ruthless attacks on Rep. Elijah Cummings (D-Md.) also sent him over the edge. Trump sparked a political dust-up earlier this year when he took aim at the Black Democrat, characterizing Cummings’ Baltimore district as a “rat and rodent infested mess.”

“If he spent more time in Baltimore, maybe he could help clean up this very dangerous and filthy place,” Trump, 73, said of the longtime congressman, adding: “The facts speak far louder than words. Elijah Cummings has failed badly.”

Cheadle, who shot to fame in 2016 after the then-presidential candidate picked him out in a sea of white faces at a California rally and exclaimed, “Look at my African-American over there!!!” Cheadle said, at the time, he took the comment as a joke but now wonders if Trump was only seeking political gain.

“I’m more critical of it today than I was back then,” he admitted. 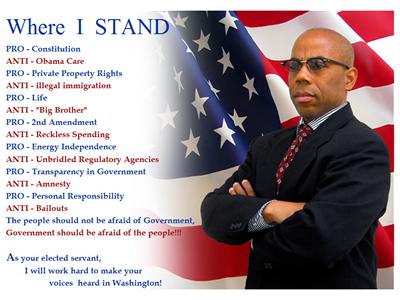 The president has only doubled down on his racist rhetoric, the latest being his smear campaign against Bahamas hurricane evacuees, of whom he warned could be “very bad people” and “drug dealers.” Cheadle said he reached his breaking point after scrolling through his social media to find that many of his Republican friends were willing to turn a blind eye to the racist vitriol.

“They were sidestepping the people of color issue and saying that, ‘No, it’s not racist,’” he recalled. “They were saying these people [the congresswomen] were socialists and communists. That’s what they were saying. And I thought, ‘This is a classic case of whites not seeing racism because they want to put blinders on and make it about something else.’”

Like his white friends, however, Cheadle told PBS NewsHour he doesn’t think the president is a racist per se, but that he has a “white superiority complex.”

On Thursday, Trump seemed unfazed by news of Cheadle’s exit and that he he’d lost support from the man he gladly dubbed “my African-American.” In fact, the president seemed not to remember Cheadle, or the incident and brushed past the issue altogether.

A fed-up Cheadle knows he may get flak for dragging his feet on ditching the Republican party but insists it isn’t a publicity stunt. The congressional hopeful, who has failed to win any of his last four bids for Congress, said he hopes to run on a platform promoting zero-interest student loans and balancing the federal budget.

This week, NewsBusters is recounting the most obnoxious liberal bias of the decade. On Monday, we presented some of the...

How Sweet! Saquon Burkley invites Boy Dissed by DeMarcus Lawrence to a Game