President Buhari was speaking at the end of a ministerial retreat at the Presidential Villa on Monday, during which he extemporaneously touched on the conversation with Trump.

“I believe I was about the only African among the less developed countries the President of United States invited, and when I was in his office, only myself and himself. Only God is my witness. He looked at me in the face. He said ‘why are you killing Christians?’,” the Nigerian president said.

Buhari explained that he was mortified by the question and hoped “what I was feeling inside did not betray my emotion”.

“So, I told him that the problem between the cattle rearers and stagnant farmers I know is older than me, not to talk of him (Trump). I think I am a couple of years older than him,” Buhari added. 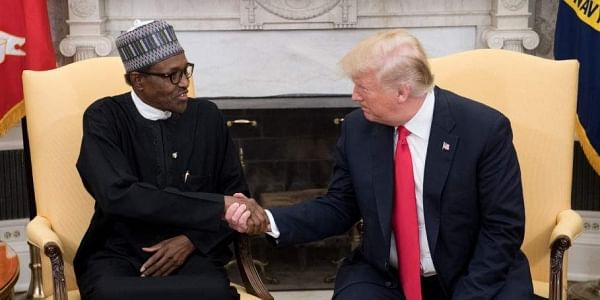 While Trump has understandably ingratiated himself with American evangelicals and the Christian political right, it is more difficult to see how he sought to approach religious tensions in Nigeria, if Buhari’s account of the conversation is accurate.

“I tried and explained to him this has got nothing to do with ethnicity or religion. It is a cultural thing which the respective leadership was failing the nation,” Buhari concluded.

The advent of clashes between nomadic Fulani herdsmen and farmers across West Africa continues to be one of the most troubling security developments in the region alongside terrorist attacks and political violence.

The Fulani are a predominantly Muslim ethnic group who live across West Africa. Although they have lived in the region for hundreds of years, the “rise” of the Fulani can be traced back to the jihad of Sheikh Othman Dan Fodio at the end of the 19th century.

The cattle-owning culture of the Fulani endangers the livelihood of subsistence farmers in some West African countries and when amicable agreements are not found, clashes ensue. In Nigeria alone, pockets of attacks happen across major states – a development documented to be costing the nation’s economy $14 billion annually in addition to hundreds of deaths and displacements.