Oprah Roasted This Student’s Cracked Phone, Then Sent Him A New One!

One lucky college freshman was gifted a phone by Oprah Winfrey after she’d roasted him for his cracked screen!

Morehouse College freshman Olufemi Yessoufou recently ran into the media mogul while she was at the storied HBCU earlier this month to be honored for her longstanding contribution to the Oprah Winfrey Scholars — a scholarship fund she established in 1989.

She also made news that day for. As she was driving away, Yessoufou and friends ran up to her to say hello.

It was all good until he asked her for a selfie, and she gave him a light roast about his cracked screen.

“Hey, that’s me! That’s me in your cracked phone,” she teased! 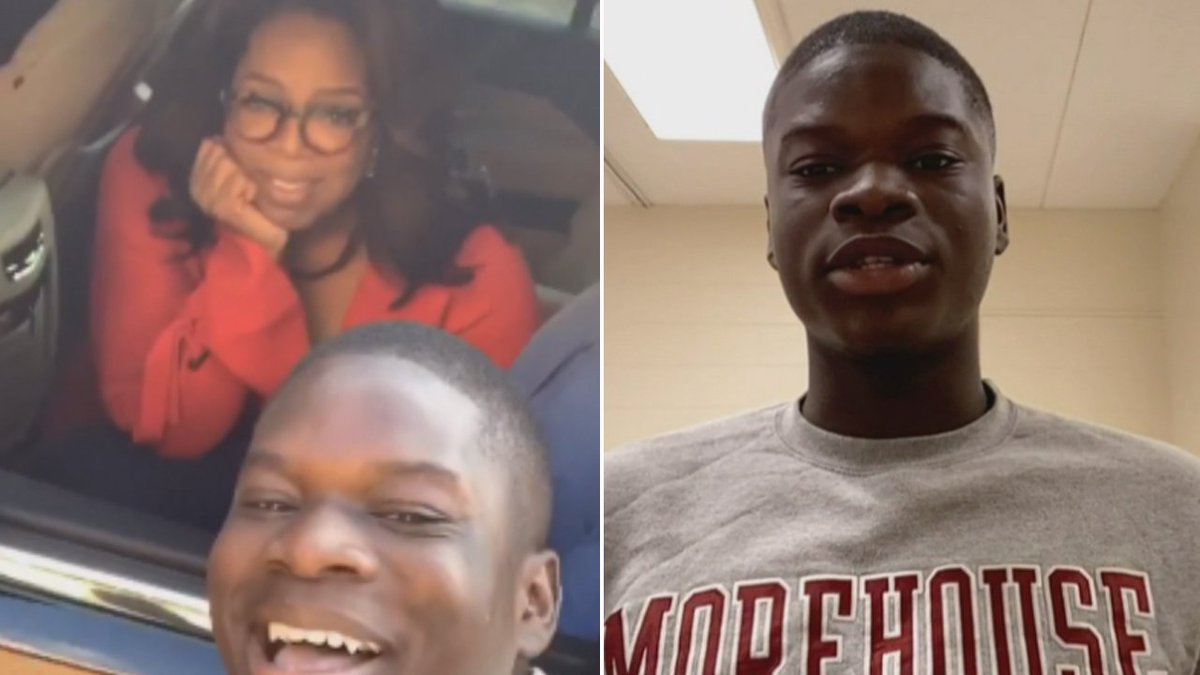 But on Friday, he sent out an updated tweet with a photo of an iPhone gift package, and a note from Oprah herself.

“We can’t have you out here viewing the world thru a cracked screen or a cracked cover,” the note read. “The new camera you’re gonna love for sure!”

Yessoufou told Buzzfeed that someone from her team reached out soon after his first tweet.

“For her to go out of her way to send me a phone was amazing,” he said.