Paa Grant, the forgotten father of Ghana’s independence whose tomb was turned into a drinking spot

In the strive for self-rule in the Gold Coast, as Ghana was then known, the United Gold Coast Convention (UGCC) formed in 1947 sought to bring pressure to bear on the colonial oppressor to remove hindrances in the path of locals to rule themselves.

The party, which was formed on August 4, 1947, at Cannan Lodge, a property owned by Albion Mends, at Saltpond, had political heavyweights who were playing key roles in the independence struggle. These included Emmanuel Odarquaye Obetsebi Lamptey, K.A. Busia, Nii Amaa Ollennu, Edward Akufo Addo, William Ofori-Atta, among others.

The chairman of the party was George Grant, better known as Paa Grant, who, at the time, had become tired of the oppression by the colonial government and had rooted for the idea for independence. His party, the UGCC, would eventually sow the seed for Ghana’s independence but Paa Grant, according to many, has remained one of the many unsung heroes in Ghana’s independence fight despite his contributions.

Paa Grant’s tomb was turned into a drinking spot.

In 2017, filmmaker and Director of Ghana’s Creative Arts at the National Commission on Culture (NCC), Socrate Safo, drew attention to the tomb of Paa Grant being used as a drinking bar or pub at Axim in the Western Region.

Many Ghanaians were outraged that authorities could look on for an illustrious son’s tomb to be desecrated. The outrage led authorities to swiftly erect a befitting enclosure to house his tomb which draws in tourists and generates revenue. Paa Grant, for his various services to the state, also had a flyover named after him at Caprice in Accra by the Ghana government.

One can only hope that more light will be shed on the stellar works of this son of the soil for him to be celebrated more.

Grant was born on August 15, 1878, in Beyin, Western Nzema, into an influential merchant family. He was the son of William Minneaux Grant and Madam Adjua (Dwowa) Biatwi of the Aboradze clan, and the grandson of Francis Chapman Grant, proprietor of the Gold Coast Times and treasurer of the Fanti Confederation.

He was a merchant and politician in the Gold Coast. In 1905, he visited Britain, building up business contacts with leading timber companies in Europe and the United States.

Between 1914 and 1919, he chartered ships to transport timber to Britain and the USA. He opened his own offices in London, Liverpool and Hamburg between 1920 and 1922, and in the Gold Coast, he expanded operations to Dunkwa, Sekondi and Akim Abuakwa.

In 1926, he was appointed to the Legislative Council, representing Sekondi. With his wealth, he executed various developmental projects, including introducing street lighting and pipe-borne water to Sekondi and Axim.

On the day of the birth of the UGCC, Dr. J.W. de Graft-Johnson, the would-be General Secretary, introduced George Alfred Grant as the Chairman of the occasion.

Paa Grant is noted to have visited by J.B Danquah on the need to form a political party to demand independence. As the chairman of the UGCC, he would give the highest sum of £250 ($308) as seed money to run the party.

In 1947, on the counsel of Dr Ebenezer Ako Adjei, Paa Grant provided passage money to Kwame Nkrumah to return to the Gold Coast to take up an appointment as the General Secretary of the UGCC having stayed in the U.S. for about a decade and the UK for about two and a half years.

Essikado Chief, African Nationalist and scholar Nana Kobina Nketsia IV noted in a documentary that, as at 1948 when Kwame Nkrumah, together with five other Central Committee Members of the UGCC were arrested and detained following the riots and disturbances of February 28, the colonial authority made moves to also have the UGCC financier and chairman/president Paa Grant also imprisoned with the others.

However, when the police moved to his residence to capture him, the whole township formed a barricade between one of Ghana’s illustrious sons and them. Seeing the huge numbers and their charged state, the security agents retreated. 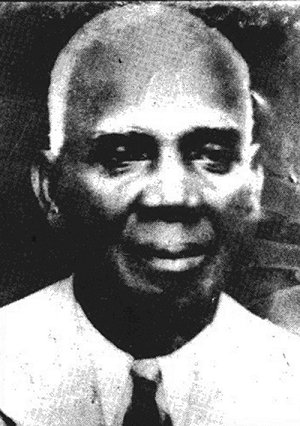 The other UGCC leaders were exiled to the Northern Territories, now the Northern and Upper East/West Regions, which also intensified the acrimony between the members, eventually leading Nkrumah to break away in 1949 to form the Convention People’s Party (CPP) on June 12. Ultimately, the party won a general election to become Leader of Government Business in 1951.

With Nkrumah splitting from the UGCC to form the CPP, the relationship between Paa Grant and Nkrumah could have deteriorated but somehow, the two maintained contact. Reports say Nkrumah even visited him two days before his death in Axim on October 30, 1956, at the age of 78.

Happy Birthday, Beyoncé! 5 of the Superstar’s Most Wig-Snatching-Worthy Performances