In Kemet, ancient Egypt’s history, Queen Tiye is regarded as the most influential woman of her time. She was the daughter of Yuya and Tjuyu. She became the Great Royal Wife of the Egyptian pharaoh Amenhotep III. She was also the mother of Akhenaten and grandmother of Tutankhamun as well as the sister of Ay.

Tiye was powerful during the reigns of her husband and son. Amenhotep III was a great statesman. Meanwhile, Tiye became her husband’s trusted adviser and confidant. Being wise, intelligent, strong and fierce, she was able to gain the respect of foreign dignitaries. Foreign leaders were willing to deal directly through her. She continued to play an active role in foreign relations and was the first Egyptian queen to have her name recorded on official acts.

Tiye may have continued to advise her son, Akhenaten, when he took the throne. Her son’s correspondence with Tushratta, the king of Mitanni, speaks highly of the political influence she wielded at court. In Amarna letter EA 26, Tushratta, corresponded directly with Tiye to reminisce about the good relations he enjoyed with her then deceased husband and extended his wish to continue on friendly terms with her son, Akhenaten. 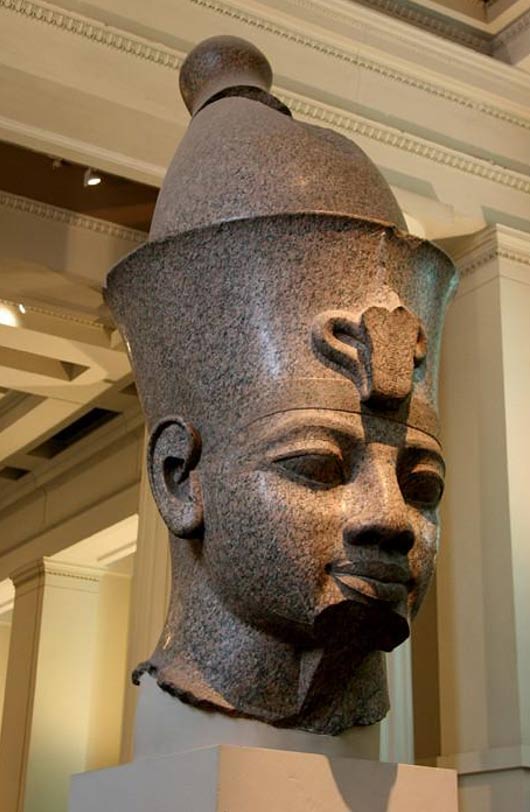 of his reign (1353 BC/1350 BC) and was buried in the Valley of the Kings in WV22; however, Tiye is known to have outlived him by as many as 12 years. Tiye continued to be mentioned in the Amarna letters and in inscriptions as queen and beloved of the king. Amarna letter EA 26, which is addressed to Tiye, dates to the reign of Akhenaten. She is known to have had a house at Akhetaten (Amarna), Akhenaten’s new capital and is shown on the walls of the tomb of Huya – a “steward in the house of the king’s mother, the great royal wife Tiyi” – depicted at a dinner table with Akhenaten, Nefertiti, and their family and then being escorted by the king to her sunshade.

In an inscription approximately dated to November 21 of Year 12 of Akhenaten’s reign (1338 BC), both she and her granddaughter Meketaten are mentioned for the last time. They are thought to have died shortly after that date. This information is corroborated by the fact that the shrine which Akhenaten created for her – which was later found transported from Amarna to tomb KV55 in Thebes – bore the later form of the Aten’s name which was only used after Akhenaten’s Year 9. 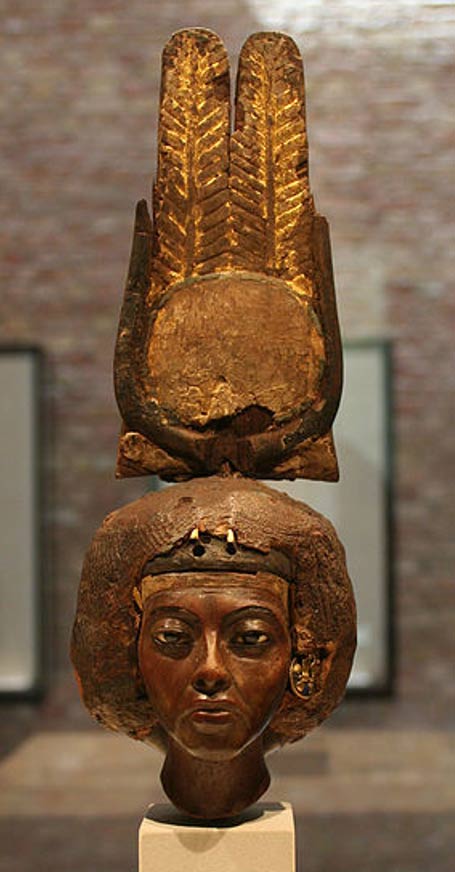 The Great Royal Wife Tiye, matriarch of the Amarna Dynasty – now in the Neues Museum/Ägyptisches Museum in Berlin, Germany. ()

Amenhotep and Tiye had children including two sons Thutmose – the High Priest of Ptah, and Amenhotep IV better known as Akhenaten – the pharaoh who created a religious revolution.

as the goddess of Hathor-Tefnut in the temple in Sedeinga, Nubia. There were plenty of shrines dedicated to her. There was also an artificial lake built for her in the 12th year of Amenhotep’s reign.

When Amenhotep died after 39 years of his reign, Tiye arranged his burial in the Valley of the Kings in a tomb known nowadays as WV22. Tiye died, perhaps during the 12th year of Akhenaten’s reign (c.1338 BC). It is believed that she could have died due to an epidemic. At the same time, many other people of her times disappeared from the pages of history setting in motion the decline of the 18th Dynasty.