Philadelphia pastor Kevin Cropper’s heart sank last month when he saw a message asking for food among the prayer requests emailed to his church.

“It was a request for something tangible, and we didn’t have it,” Cropper said. His congregation, Ark of Safety Christian Church, had canceled its weekly food distribution since it ran out of donations when it stopped gathering in March. “It makes you feel bad because isn’t that what our mission is? We want to be able to help in this type of crisis, but we need the resources to do it.”

That’s the problem with being a small, inner-city black church during a pandemic. Black adults are more than twice as likely as whites or Hispanic Americans to know someone who has been hospitalized or died due to COVID-19. Their communities are afraid, grieving, and suffering from the virus themselves; and they are far less likely to have the staff, budgets, or space to help as much as they feel called.

“We are in the city. We don’t have acres, we stay close to each other, and it’s very easy to spread the virus,” said Kato Hart Jr., pastor of Hold the Light Ministries, a Church of God in Christ (COGIC) congregation in Detroit.

American counties with a higher-than-average proportion of black residents now account for half of coronavirus cases and 60 percent of deaths. Even in a church of 50, word keeps spreading of which members have lost relatives to the virus: aunties, uncles, grandparents. Hart has lost fellow brothers in ministry, citing a letter from denominational leadership saying 30 COGIC bishops have fallen to COVID-19—including a dozen in Michigan alone.

“We’re in a fight, and we need help. These megachurches, they can kind of make it, but we at these smaller churches … once the tithes and offerings cease, we have a rough time,” said Hart, who takes no salary and pulls from his personal account to keep the ministry going. “But we don’t mind because God made a way where there was no way.” 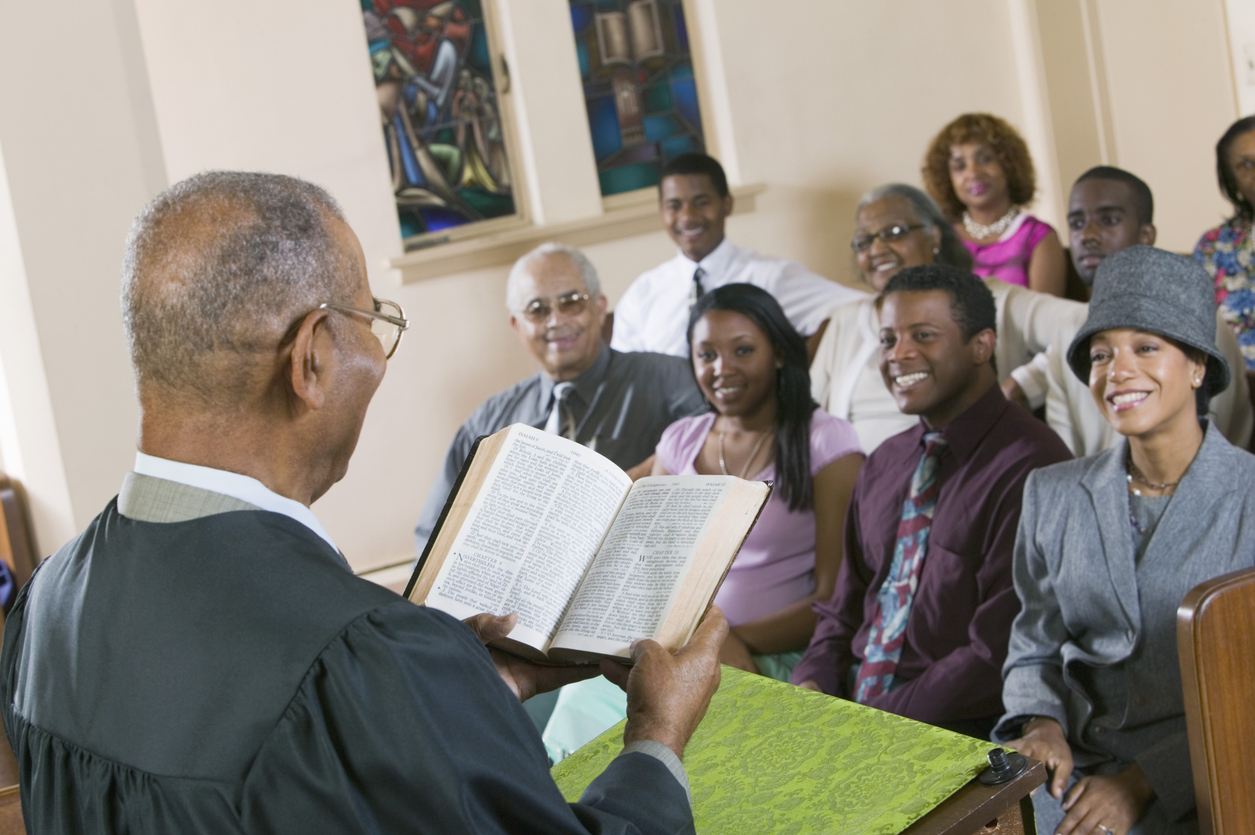 Recently, Cropper and Hart were among more than 100 pastors whose prayers were answered through the Churches Helping Churches Challenge (CHC), which distributes $3,000 grants to congregations in low-income urban areas. Ark of Safety can now resume its food pantry and cover the utility bills at its building, located at the corner of a line of row houses in West Philadelphia. Hold the Light can keep up on its lease and respond to more of the families reaching out for financial assistance.

Launched by the And Campaign and partners in response to the coronavirus, Churches Helping Churches has rallied over $445,000 so far, with grants going to 126 churches—including dozens of black churches.

“Our churches are primarily located in dense urban areas, which are many of the epicenters of this virus,” said Vincent Mathews Jr., a bishop and international missions president for COGIC, the largest African American Pentecostal denomination, and a board member for Churches Helping Churches.

While about 6 percent of Americans belong to historically black Protestant churches, the share is double to triple that in cities like Philadelphia; Detroit; Memphis; Washington, DC; and Atlanta, according to the Pew Research Center. Most black Protestants have an annual household income under $30,000.

“We’ve always had to exercise a certain kind of economic discipline to get things done without comparable resources,” said David Emmanuel Goatley, who directs the Office of Black Church Studies at Duke Divinity School.

All kinds of churches are feeling the crunch these days. According to LifeWay Research, 40 percent of pastors saw giving drop significantly due to the pandemic. But smaller churches lack the financial cushion to withstand the downfall, particularly in communities where nearly all members have suffered job losses or pay cuts.

“When you talk about churches on the front lines … most often you’re talking about a picture of the small black churches that are struggling to keep doing the Lord’s work with very, very limited resources,” said Republican Senator Tim Scott of South Carolina.

In an interview with CT last month, Scott said he heard about drops in tithes and offerings during regular calls with religious leaders across the state as well as from black church leaders nationwide. He was among the congressional leaders who worked to add provisions for churches and ministries in the federal stimulus plan, including church employees being eligible for unemployment benefits and some measures incentivizing charitable giving.

Just under a quarter of pastors applied for and received Payroll Protection Program grants, according to a LifeWay survey, but there are already some indications that black churches struggled to get the funding.

Smaller congregations were least likely to apply. Most don’t have an accountant—paid or volunteer—to quickly compile the paperwork for the application. The president of the NAACP, which includes representatives from nine major African American denominations, told NPR that many of the black churches that did apply complained about issues with their banks.

The Churches Helping Churches initiative was designed to bypass or supplement federal assistance by getting money to congregations fast (typically five to seven days after they are selected). “The church should be the first to help their brothers and sisters in need,” organizers wrote. “Whatever assistance a society may provide, the Body of Christ should be the first to help.” 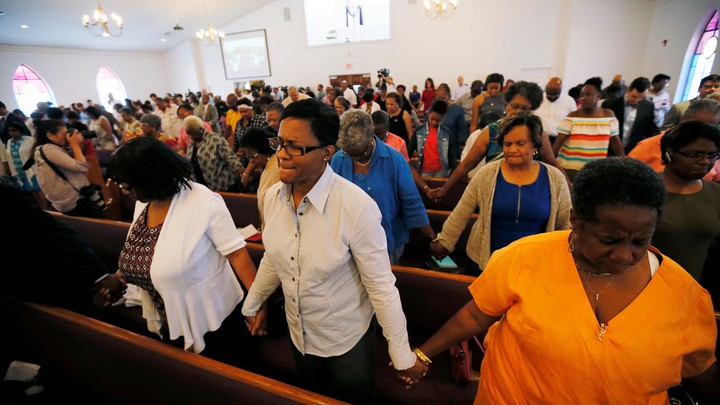 Even with all the changes due to the new coronavirus—Facebook Live prayer nights and CashApp collections—inner-city pastors say struggle and sacrifice have been part of their ministry all along. For Cropper at Ark of Safety, it’s just another situation where Christians are called to be “our brother’s keeper,” to do what they can, and to wait on the Lord for provision and restoration.

“We’re a small church 24/7, 365 days a year. We go through this struggle all the time,” he said. “It’s not like we’re new in this. We’ve been in West Philly all our ministry. This is where God has placed us so they would know that there’s a light that shines, and it’s the light of the glorious gospel of the Lord Jesus Christ.”

Despite bearing the disproportionate impact of the outbreak, black believers have demonstrated particular spiritual endurance. In a Pew survey released last week, members of historically black churches were more likely than any other religious tradition to say their faith has been strengthened through the outbreak. More than half (56%) say their faith has become stronger, compared to 35 percent of all Christians and 24 percent of adults overall.

Goatley of Duke Divinity, who wrote the book Were You There?: Godforsakenness in Slave Religion, said the coronavirus pandemic brings up familiar theological commitments in African American church traditions, including “an affirmation that whatever comes our way, God is with us” and a desire to work for justice on behalf of the most vulnerable.

“Historically black churches, when we have been at our best, have networked people to work across sectors and be outward focused,” he said. “We have more of a shared commitment responsibility for communities and well-being. Going forward, we are being called to work in that kind of life-giving way.”

Former entrepreneurs and now church planters Devin and Samantha Westbrook lead Redemption Church in Memphis. As much as they’re grieved by the needs of their community, the Westbrooks are excited for the opportunity to reach out. Nonmembers have been calling and emailing with needs, including a family who lost all their possessions in a fire. The congregation has coordinated helping with groceries, bills, and rent for several families.

In the meantime, the church has grown from gathering 75 people in an elementary school auditorium to drawing well over 1,000 viewers to its weekly livestream. With fewer than 10 people to comply with social distancing restrictions, the team meets at the school to record worship on Sunday mornings.

The Churches Helping Churches grant allowed the Redemption to restore pay to single dads on its staff, men who help produce the services and conduct youth outreach. The church had made 50 percent salary cuts across the board due to the virus.

“There is a sense of confidence that comes from knowing that God is going to sustain us even though we don’t see where the help is going to come from,” said Devin Westbrook. “Our help isn’t from the resources but comes from the source.”

Because their congregations are less established, they risk losing significant momentum and funding.

Churches Helping Churches is expected to get another boost in funds next week through an online benefit concert featuring Lecrae, Lauren Daigle, Kirk Franklin, TobyMac, and For King and Country.

The program has drawn high-profile support, along with gifts from 500 donors, by evoking the New Testament call to “give to anyone who had need” (Acts 2:45) and that “if one part [of the body] suffers, every part suffers with it” (1 Cor. 12:26).

Iglesia Centro Cristiano de Minneapolis, a Spanish-speaking congregation among the grant recipients, saw tithes drop by 70 percent as their members lost business in construction, cleaning, and restaurants. The $3,000 allows them to help a single mom in their congregation make her rent, as well as to continue to tithing to support other ministries.

Hispanic Americans have been more concerned than other racial groups that they will get the virus and that they will unknowingly spread it to others, Pew reported. With typical programs shut down—for now, no in-person small groups, no backyard Bible clubs, no mission trips to Mexico—pastor Joel Ramirez, his wife Jeanne, and their three sons deliver boxes of food and sing worship songs on church member’s sidewalks. Their favorite right now: “Si Tuvieras Fe Como Un Grano De Mostaza,” or “If You Have Faith Like a Grain of Mustard.”

Mathews, the COGIC leader, expects the current partnerships forming among Christians—big congregations and small, across ethnicities and traditions—will have a lasting impact on the church going forward.

As it draws prayers and funds to inner-city churches, the initiative also shines a light on the faithful, sacrificial work these congregations have been doing all along.

Mathews said shortly after he discussed the Churches Helping Churches initiative with And Campaign founder Justin Giboney on Facebook, he heard from a COGIC church pastor who serves in an impoverished neighborhood in the Detroit area.

Was his church interested in applying for a grant? No, the pastor said.