We live in an age of unprecedented human achievement.  Some of the achievements we can wear with honor and pride, while others we must learn from and never forget.  For example, the social engineering of the modern day black person. In the founding days of America, White European Immigrants purchased, captured or kidnapped people from Africa.  Isolating them on American soil, whites stripped black people of their humanity, disallowed them any worldly possessions, and denied them personal freedom. Forced to work their lives away, while never receiving pay, blacks were forced into being a  sub-human, submissive, subservient race of people.

John Brown, a former slave when interviewed gave a detailed account of being indoctrinated into sub-humanism; “a circle of iron, padlocks, rods and bells were strapped around my chin, forehead, and neck. I wore the bells and horns day and night for three months.”  Politicians, and church leaders conspired with plantation owners and entrepreneurs to design ways to wrap iron around the necks, heads, waists, and limbs of black men and women.  Measurements were taken; the iron ornaments were fitted and re-fitted to fit perfectly. Blacksmiths and businessmen profited, as they invented ways to inflict pain, suffering and lifelessness into the black psyche.

They designed several whips, but the bullwhip used on black people and bulls unleashed devastating punishment. “The handle was about three feet long, with the butt-end filled with lead, and the lash waxed six or seven feet in length, made of cowhide, and platted wire on the end of it.” Mrs. Flint, for instance, “Her nerves were so strong that she could sit in her easy chair and see a woman whipped till the blood trickled from every stroke of the lash.” (Dwight N. Hopkins: Down, Up, And Over)

European white men and women put their hearts, minds and souls into re-engineering black people.  Over the course of a few centuries, white Europeans rose from the status of immigrants to rich and powerful land owner resulting from the success of re-engineering black people into a free labor force that answered to their every demand.  European whites engineered a class of powerless, hopeless people based on skin color.

With the end of slavery, white Europeans navigated toward a slightly different expression of social engineering based on skin color.  The goal was to indoctrinate the new land and its inhabitants with black skin into white dominance, privilege and power.  Everything in America was forced to yield to white greed.

Fatherhood culminated in a constant diet of alcohol, profanity and interfamily violence which perpetuated ignorance, submissiveness and marginalization. Motherhood facilitated nurturing children in the art of tolerance and submission to the norms of fatherhood. Whites manipulated society in a way that the communities of black skinned people were designed to become homes to predatory behavior, dehumanization, brutalization, violence, and inter-family-marginalization.

A small glimpse at the result; today 43% of black men 12 and older drink alcohol; 20% bing drink. Here in the 21st century problems with alcohol and drugs can be associated the negative social behavior, legal and criminal problems. 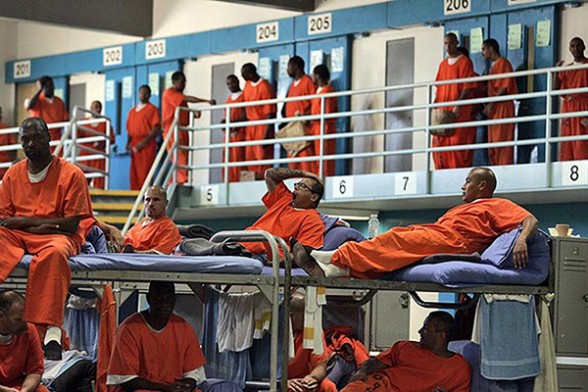 The above reflection on black socialization and engineering is but a small reflection of the strategy detailed in the white supremacist play book.  Black people must plan!  There is a way to lift black life from the pathos of white European social engineering.  The plan must include a social-economic component, which is warranted by the Kingdom of God.

After four hundred years in America, the standard of black life is comparable to that of a Third World Nation.  White European culture works everyday using the media, education, discrimination, and oppression to perpetuate a state of hopelessness for black people. White Europeans, using the government, corporations, and the legal system leave no stone unturned to maintain 100 percent ownership and control of the America’s wealth, power and resources.

Our Father who art in heaven, hallowed be thy name. Thy kingdom come. Thy will be done on earth as it is in heaven. Give us this day our daily bread, and forgive us our trespasses, as we forgive those who trespass against us, and lead us
not into temptation, but deliver us from evil.  For thine is the kingdom, and the power, and the glory, for ever and ever.  Amen.

Galatians 5:1 says, “It is for freedom that Christ has set us free. Stand firm, then, and do not let yourselves be burdened again by a yoke of slavery.”

Christian media is a wonderful manifestation of God’s answer to our prayers.  I believe God, in his Son Jesus Christ is asking us to participate in the work of salvation, which is sharing Gospel of Jesus Christ; it is a gospel that sets human being free.