Jessye Norman, who has died aged 74, ranked at the pinnacle of the operatic pantheon as an authentic dramatic soprano superstar, combining a sumptuous sound with a majestic stage presence.

Hailed as a “once-in-a-generation singer”, she had a huge voice that could fill the grandest of auditoriums with breathtaking ease, losing nothing in beauty of tone or passion of performance.

In Britain she made a promising impression when the conductor Colin Davis encountered her at the BBC in 1970 when she was 25; within two years she was singing under his baton at the Last Night of the Proms. 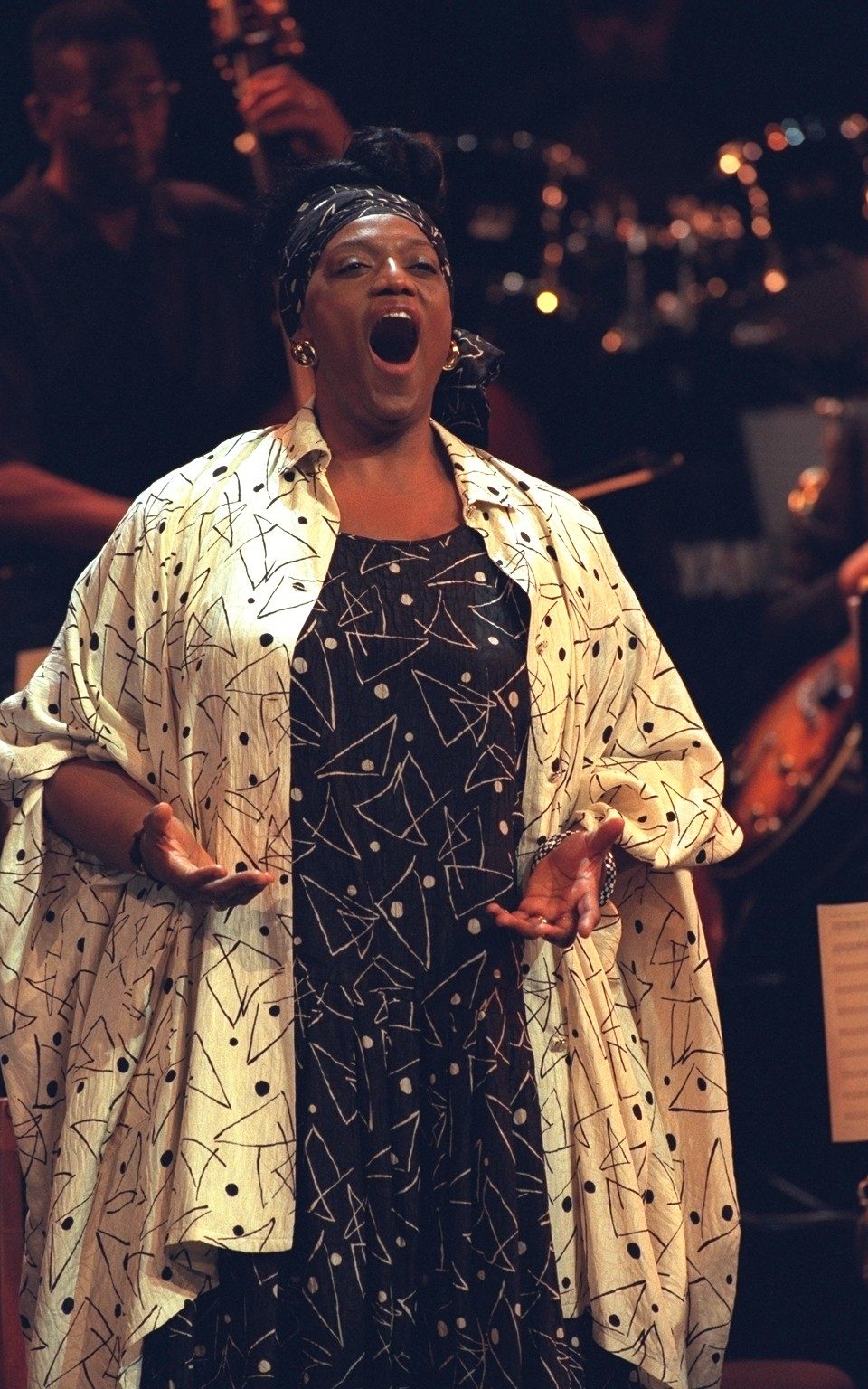 Though her impressive girth made it difficult for her to take on the more athletic roles on the operatic stage, it did not seem to matter, one enthralled critic describing her as “a great motionless priestess, both the earth and the sky”.

Jessye Norman also embraced the contemporary and American repertoire, singing pop by the French composer Michel Legrand, sacred music by Duke Ellington, scored for jazz combo, string quartet and piano, as well as the traditional spirituals and gospel songs she had learnt as a girl growing up in the deep south.

By the 1970s she had also mutated into a fully fledged and larger-than-life diva, large enough in 1981 to inspire the character of the black American opera singer in Jean-Jacques Beineix’s debut film Diva. Though critics often drew attention to the way in which her warmth of personality infused performances, Jessye Norman’s regal stature and sometimes imperious behaviour also brought damaging publicity. 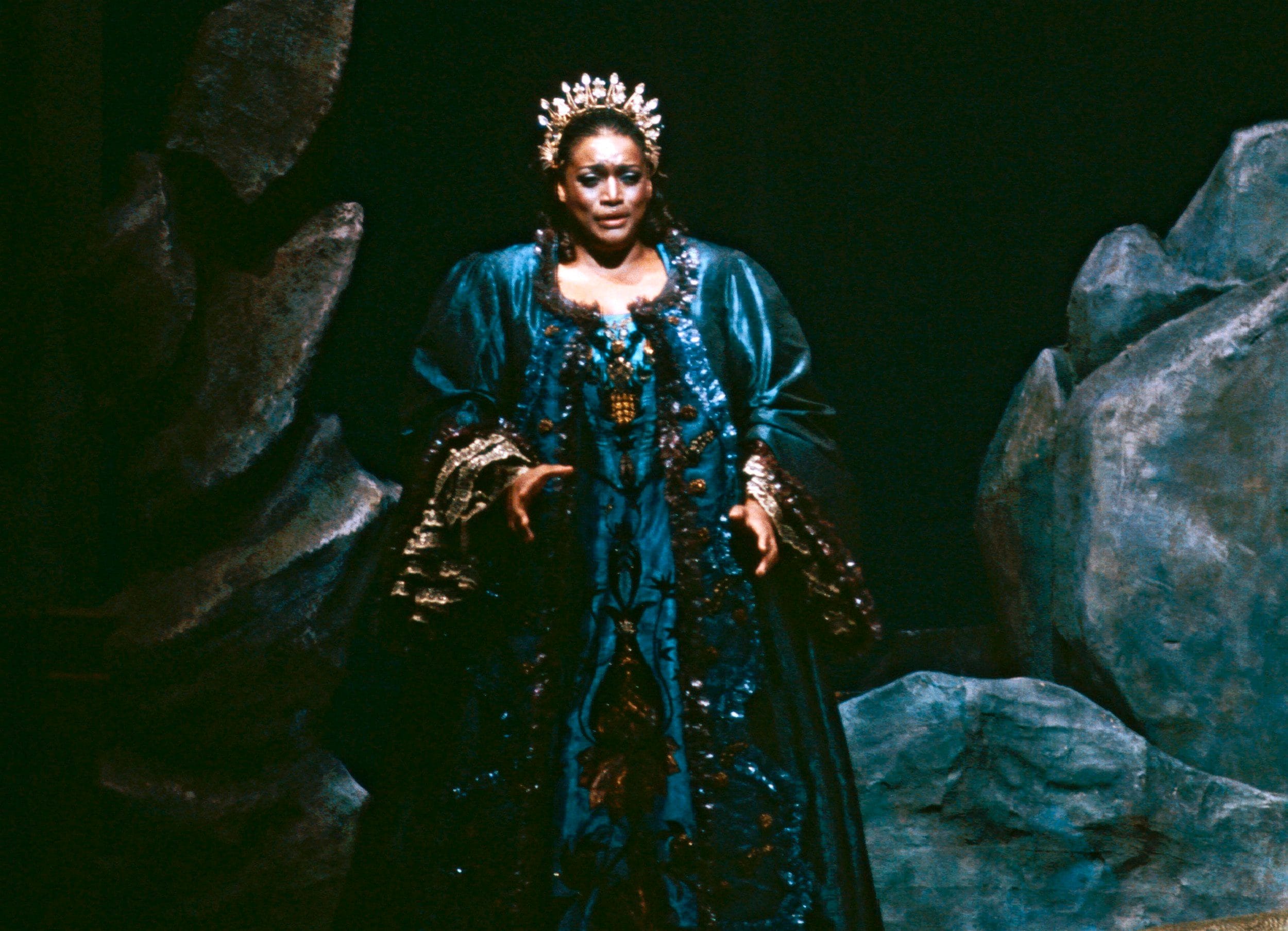 In 1994 Classic CD magazine reported that when trapped in revolving doors en route to a concert and advised to free herself by turning sideways, she replied: “Honey, I ain’t got no sideways.” Instead of joining in the joke, Jessye Norman disclaimed the remark, complained of ridicule, contempt and racist stereotyping, and tried to sue for libel. When the case was eventually dismissed, she was left looking foolish.

During a two-week residency at the Barbican in London the same year, Jessye Norman insisted on some distinctly regal measures. Large areas backstage were cordoned off and all the other performers inconvenienced, as Norman Lebrecht noted in The Daily Telegraph, “in order to protect the American soprano’s monumental need for privacy and sterility”.

But she had now joined the ranks of American “royalty” and sang at the funeral of the former First Lady Jacqueline Kennedy Onassis. Millions more worldwide watched her on television in March 2002 when she sang America the Beautiful at a memorial service on the site of the former World Trade Center in New York.

The daughter of an insurance broker, Jessye Mae Norman was born on September 15 1945 in Augusta, Georgia. Both her parents were musical, her father a singer at the local baptist church, her mother (a secretary for the local Democratic Party) an amateur pianist.

It was while scrubbing the family’s kitchen floor to the accompaniment of radio broadcasts from the New York Met on Saturday afternoons that Jessye became hooked on opera. After attending local high schools, she was awarded a scholarship to Howard University in Washington, graduating in 1967 with a degree in Music.

It Took Strength For Black People To Survive