Stic, one-half of the political duo Dead Prez, has been a vegan for two decades since then. Like several of hip-hop’s titans — think Jay-Z and members of Wu-Tang Clan — Stic has parlayed his passion into a business that allows him to preach the lifestyle benefits of going meatless, and make a little extra green on the side.

It seems to be working. A 2016 Pew Research Center survey found 3 percent of American adults overall identified as vegan and only 1 percent of Hispanic Americans. That number jumps to a startling 8 percent among African American adults. In Gallup’s latest findings on consumers’ meat-eating changes, which will be published Monday, whites reported eating 10 percent less meat in the past 12 months while people of color reported eating 31 percent less.

The interweaving of African American performers and veganism is tight and intricate, with threads running through lifestyle choices and business decisions of some of music’s titans. Eight out of 10 of the Wu-Tang Clan identify as vegan or vegetarian. Jay-Z and Beyoncé offered free tickets to fans if they went vegan. Rapper Jaden Smith, son of Will and Jada Pinkett Smith, launched a vegan food truck for the homeless; rapper Cardi B started a vegan fashion line. A$AP Rocky rapped about veganism on his recent single “Babushka Boi.”

Jay-Z was listed as hip-hop’s first billionaire by Forbes in 2019. Much of his portfolio is glamorous food and beverage businesses that add luster to his brand. A purported $310 million of his fortune comes from Armand de Brignac Champagne and another $100 million from D’Ussé cognac.

But the star also has begun investing in companies that align with his enthusiasm for a meatless lifestyle. In 2015 he and Beyoncé partnered with her trainer Marco Borges to launch 22 Days Nutrition, a high-end vegan meal planning and delivery service with an estimated annual revenue of $2.7 million.

Jay-Z joined fellow celebrities Katy Perry, Serena Williams, Jaden Smith, Trevor Noah and Zedd in a $300 million investment round that brought the company past $750 million in funding. Jay-Z did not respond for requests for comment.

RZA, Ghostface Killah and GZA of Wu-Tang Clan have promoted Impossible Sliders at White Castle. Snoop Dogg is an ambassador for Beyond Meat.

Of course, the investment from such hip-hop legends is a drop in the bucket: Investors have poured more than $16 billion into American plant-based and cell-based meat companies in the past 10 years, $13 billion of that just in 2017 and 2018.

But it looks increasingly like major hip-hop figures are using their influence to inspire healthy choices.

During an impromptu appearance at Beyoncé and Jay-Z’s On the Run II Tour in Foxborough, Mass., music executive DJ Khaled had one question for the crowd: “Do we have any vegans in the house?”

The question was answered with a roar from the crowd of 40,000.

Hip-hop legends also are turning to plant-based ventures as career Plan B’s that allow for high visibility as they give back to their communities.

Jadakiss and Styles P of the hip-hop group the Lox, which had its heyday in the late 1990s, have launched juice bars called Juices for Life, with four locations in the Bronx, Yonkers and Brooklyn, and Stic.man runs RBG Fit Club in Atlanta with his wife, Afya Ibomu, offering cooking demonstrations, live performances and merchandise.

Although four out of the top 10 “most trusted” brands, according to research firm Morning Consult, are food companies, food brands and restaurant concepts have been politically fraught, as well as notoriously risky investments with high failure rates. For this growing number of celebrities, plant-based investments may make ideological sense as well as dollars and cents.

Data from the Good Food Institute and the trade group Plant Based Food Association shows that while the U.S. retail food market grew overall by only 2 percent from April 2018 to April 2019, plant-based products grew an impressive 11 percent.

Burger-oriented fast-food restaurants, overrepresented in low-income “food swamps,” are seen as opportunities to introduce plant-based options. Although market research firm NPD Group found almost 90 percent of the people eating non-meat burgers are not vegetarian or vegan, a 2018 Gallup poll found that Americans who earn less than $30,000 are almost twice as likely to be vegan or vegetarian as those who earn more than $75,000.

And the market is likely to keep growing.

According to research firm PitchBook, more than 47 companies that make meat and dairy products from plants have raised $2.29 billion from venture capitalists in the past decade, a quarter of it in 2019 alone. Acumen Research and Consulting predicts plant-based meat sales will reach $6.5 billion by 2026, this popular food category Googled three times more frequently than gluten-free and vegetarian products. And it predicts that the global vegan food market will grow at an annual rate of 9.1 percent to reach a value of $24.3 billion by that same year.

There were nine elements of hip-hop, as codified in a KRS-One song of that name in 2003, including DJing and beatboxing. The tenth element of hip-hop, added in 2016, is health and wellness. A bit of a departure from components like break-dancing and street fashion, its elements include plant-based eating, organic gardening, fitness, sobriety, food justice and animal rights activism. But like the other nine elements, health and wellness has proved to be a source of livelihood for practitioners.

Keith Tucker, a Seattle-based health activist, is partly responsible for the tenth element of hip-hop. He had a radio show, worked with stars like Public Enemy and Russell Simmons (a vegan since 1997) and pushed back against the stereotyping of hip-hop artists.

“KRS-One was an inspiration for me,” Tucker says. “His song ‘Beef’ in 1990 influenced a lot people in hip-hop to think about veganism, to think about the meat in the slave diet, about the chemicals that were starting to be put in the food and the rise of highly processed foods.”

In 2009, Tucker held his first Hip Hop Is Green dinner, assembling hip-hop artist and educators with the goal of bringing health and wellness to youths and families around the country through group meals with star-studded casts. In 2015 he produced the first plant-based hip-hop event at the White House.

And hip-hop proved to be a powerful megaphone. According to Rolling Stone, hip-hop dominates music streaming, accounting for 24.7 percent of songs consumed in 2018. Its dominance is predicted to continue, with performers such as Drake, Kendrick Lamar, the Weeknd, Migos and Cardi B at the top. Black listeners are the largest user group of streaming services, and the role of streaming itself is forecast by Goldman Sachs to more than double to about $131 billion by 2030.

“We did drugs and gangbanging and sex over and over again and saw that these things aren’t conducive to a healthy world.”

SupaNova Slom, a performer known as “hip-hop’s medicine man,” says younger African Americans have turned to plant-based living because they’ve witnessed their parents’ poor health due to lifestyle decisions and disparities in access to healthy food. He says a vegetarian or vegan lifestyle is more feasible in urban centers that have experienced gentrification and where even fast-food restaurants now reliably offer plant-based options.

“That’s the positive about gentrification. We have a Whole Foods in downtown Newark,” Slom said. “Influencers online, you see them juicing, doing yoga, using food as medicine. Some of them have lost their parents to diabetes. It used to be blinging outside, now it’s internal blinging. Is your prostate functioning properly?”

Slom was raised vegan in Brooklyn by his mother, a holistic wellness coach named Queen Afua (whose wellness products are backed by performer Erykah Badu), a childhood he says set him apart from many of his peers. 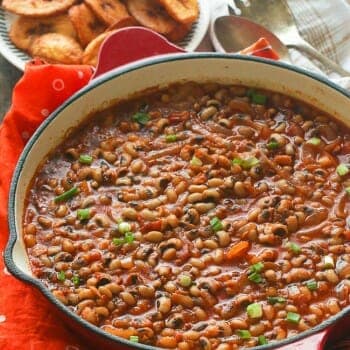 “Sprouted bread sandwiches, apples and oranges as my snacks — it was hard coming up, me and my brother and sister being raised vegan. It had a profound impact on me,” he said.

A combat veteran who served in Afghanistan in 2013, Slom has maintained a strict vegan diet in difficult situations. He has promoted the “Chlorophyllion” green lifestyle, which touts the health benefits of freshly pressed green juice, with a book called “The Remedy” and a line of vegan dietary supplements.

“The message is health is wealth,” Slom says. “If you want to continue to do your art at a high level, fuel yourself with high-quality fuel. It’s about reclaiming oneself. Look at the top 20 rappers and 10 of them are talking plant-based.”

“We have higher rates of obesity, cancer, diabetes and asthma. It’s partly our DNA; we’re not well-suited to a standard American diet,” she said. “Many of us came from West Africa where they mostly had goat’s milk. And here it’s cow’s milk. The majority of health guidance is based on European bodies.”

She says that some of the health disparities have been the byproduct of oppression, poverty, food deserts and lack of education but that African American culture can also contribute to the problem: “We use food as a cultural thing, showing someone you love them by giving them high-sugar, high-fat food.”

AshEL Eldridge, a wellness and food-justice activist and rapper in Oakland, speaks about how the plant-based food movement for African Americans is about reclaiming food sovereignty. “You have your history, your body, your culture.”

He says people want a sense of agency and that diet exemplifies that.

“There’s a huge movement around decolonizing the diet,” Eldridge notes. “There is disease related to diets heavily reliant on meat and genetically modified crops and monocropping. How do we extricate ourselves from that? It’s revolutionary.”

Stic.man says younger hip-hop artists have long been inspired by the diet and fitness choices of their elders.

“When I was a young teen getting into hip-hop, LL Cool J and them were swole superheroes. Now I see a lot of cool b-boy yogis. That’s a whole movement. There were break-dance battles back in the day; now there’s a movement of calisthenics, bar athletics and Nike-sponsored events,” he says. “The New G Code takes empowerment in a healthy way: I don’t care how many weights you can lift, how many people have you lifted up?”

African-Americans are 40% of homeless and 13% of the population

God Helps Us, Help Others