The brutal tactics used to contain the Mau Mau uprising in colonial Kenya are now guiding the global war on terror.

An investigation by Declassified UK has revealed that for more than 15 years, US and UK security agencies have been waging a covert war in Kenya, arming and training a secret Kenyan paramilitary team that has committed atrocities against Kenyan civilians and violated Kenyan laws under the guise of fighting terrorism.

While the report does important work in documenting this, the collaboration between Kenya and the West and its brutality is hardly news. Reports of Kenyan agencies working with their Western counterparts to disappear, rendition, torture and murder local terror suspects are legion, and have appeared regularly in Kenyan and international press for decades.

However, the Declassified UK report does bring to mind startling similarities between the way the global war on terror is waged today and the British effort to put down what came to be known as the Mau Mau uprising in colonial Kenya nearly 70 years ago. At the time, a peasant movement, focused mainly in the country’s central highlands, had taken up arms and formed the Kenya Land and Freedom Army with the express aim of kicking out the colonial settlers and recovering the land they had lost.

Their violence, which targeted white Europeans and their African collaborators, reflected the brutality employed by the British in their half-century occupation of the country. 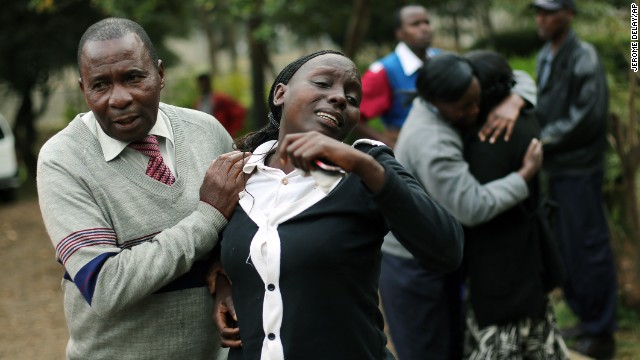 In their response, the British sought to paint the rebellion as a reflection of the innate savagery and primitivity of Black Africans and to deny the fighters in the forests had any legitimate grievances or practical visions of the future. The press, both in Kenya and in Western capitals, was inundated with propaganda generated by the Colonial Office in London.

“All we heard was how savage Mau Mau was,” Caroline Elkins, author of the influential book on colonial atrocities during that period, British Gulag, quotes John Nottingham, then a young colonial officer, as saying.

“Just completely atavistic, and somehow had to be gotten rid of, regardless of how this was done.” As painted by the British, the conflict pitted the peaceful, progressive and enlightened forces of white colonialism against the dark, evil, foul and secretive filth of the degraded Mau Mau. The very name, Mau Mau, was an attempt to associate the movement with the idea of savagery. It did not originate with the fighters.

In fact, they actively rejected it. In a 1953 Charter, introducing the movement, Dedan Kimathi, the leader, declared: “We reject being called [Mau Mau or] terrorists for demanding our people’s rights. [It is derogatory].

We are the Kenya Land [and] Freedom Army.” Kenyan politician Josiah Mwangi “JM” Kariuki, who was interned in prison camps from 1953 to 1960 for channelling resources to the fighters, and eventually murdered by the state agents of independent Kenya, later wrote: “The world knows [the KLFA] by a title of abuse and ridicule with which it was described by one of its bitterest opponents.”

Compare this with the descriptions of those today fighting against Western domination of Middle Eastern societies as anachronistic, long-bearded, cave-dwelling atavists defined by their brutality rather than by the aims they espouse.

There is an entrenched resistance to the idea that those who espouse a violent overthrow of the current world order can either have legitimate reasons for doing so or espouse rational alternatives to their exploitation. This resistance manifests in the tendency to employ simplistic, binary views of conflict and the zero-sum, with-us-or-against-us rhetoric pioneered by the George W Bush administration. 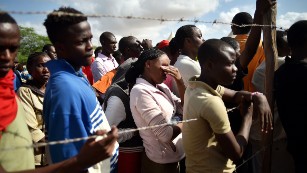 It is also evident in the idea of “radicalisation” which seeks to paint a resort to violence as a form of mental illness or the result of brainwashing. In the 1950s, the British efforts against the KLFA focused on the secret oathing ceremonies that the fighters used to recruit their members. According to Elkins, the colonial establishment attributed their colonial subjects’ anger to “the so-called spell of the Mau Mau oath rather than an outgrowth of legitimate complaints rooted in individual circumstances”.

Confessing the oath came to be regarded as the sin qua non of effective rehabilitation (or, as we would say today, “de-radicalisation”). To achieve this, the British established a horrendous system of camps referred to as “the Pipeline” where those suspected of taking the oath were interred and subjected to unspeakable tortures to get them to confess.

Tens of thousands died and many more were left scarred and destitute. One and a half million people were forced from their homes and put in concentration camps where many starved. All this was justified by the rubric of fighting Mau Mau terror.

Today, the talk of “de-radicalisation” similarly denies the legitimacy of grievances. The anger many feel at Western policies and aggressions towards their countries and societies are easily dismissed and rather than focus on the oppressive policies, de-radicalisation frames the actions of the victims as the problem.

For example, decades of massacres and brutalities committed by the Kenyan government against the majority Muslim regions of the coast and the northeast of the country are seldom cited as the cause of widespread disaffection in these areas. Rather the blame is easily laid at the feet of “radical” preachers whose words, like those of the Mau Mau, are said to have the effect of casting magical spells on simple-minded populations. 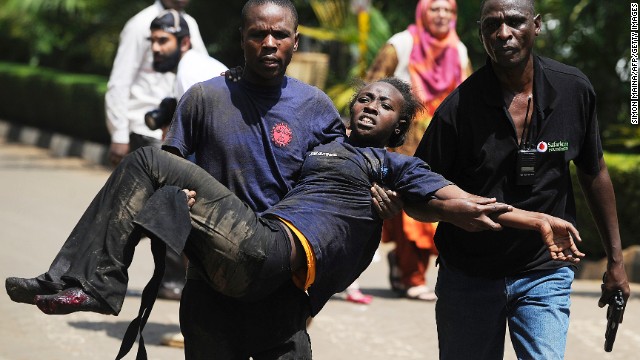 To recognise the legitimacy of grievances is not to defend the tactics of terror (though it will inevitably be portrayed as such by some). Rather, the resort to such violence should be understood within its full context, and that context includes recognition of the violence of oppression that incites it.

Further, while the brutality of the British and their local allies did effectively break the KLFA, the cost of doing so has continued to be paid till today in the suppression of public memory both in Kenya and in the UK, and in the terror the Kenyan state exhibits towards its population and the consequent violence it perpetrates against them.

Similarly, the brutal tactics used by the West and its allies may enjoy short-term success. But this will come at the long-term expense of entrenched instability, hostility, fear and conflict.

Ugandans refuse to use public toilets because they are fitted with...