Africa continues to add to its pool of groundbreaking technological innovations.

The continent also boasts of amazing teens, who are changing the world with their innovations. One of them is 15-year-old Senegalese, Cheikh Bamba Diaby, who is a self-taught robotics engineer.

The Senegalese teen was able to unblock his sister’s mobile phone using tips he learned on the internet.

but he could not afford the charges. He simply went online and learned how to unlock a phone.

By doing so, he found a passion in developing electronic devices. He now creates robots that perform different tasks using his room as his laboratory.

He has created a motion sensor, a card reader and even an independent car.

Diaby revealed in an interview with the BBC, how he never gave up on electronic devices because of his curiosity.

“My father asked my mother to hide all the electronic devices because I was a stubborn and very curious child,” he said. 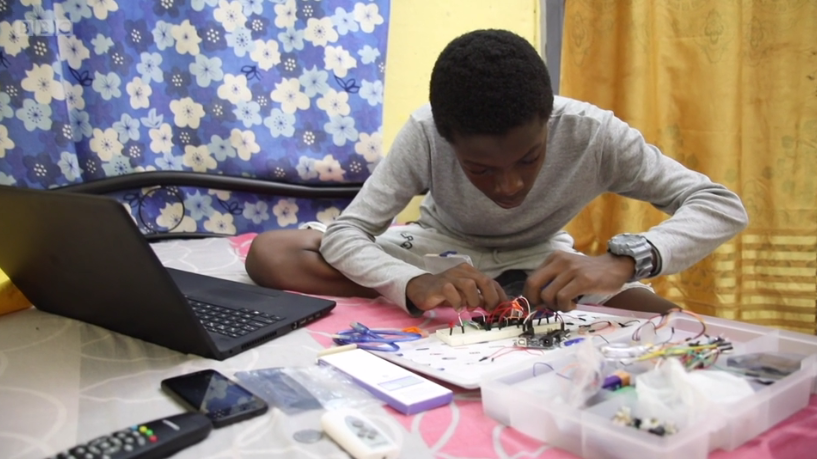 Diaby said his parents now encourage him to pursue his dream even though they had expressed worry from the start.

Learn more about him from his interaction with BBC’s Alassane Dia in this video:

15-year-old Cheikh was trying to figure out how to unblock his sister's phone when he discovered a love of fixing electronic devices.

The Senegalese teen is now pursuing his dream of becoming a robotics engineer 🤖 pic.twitter.com/9GMsvsSxkT

DALLAS, TEXAS, UNITED STATES, January 22, 2021 ; MelaninPeople is a revolutionary app that aims to connect Black and brown people within...

Haiti Doesn’t Have a Vodou Problem,It Has a Christianity Problem