There was a time when there were no African American quarterbacks starting in the NFL. But in recent years, that’s changed drastically.

Super Bowl LIV is the latest example of the shift. Fifteen of the last 16 Super Bowls have featured an AFC team led by Tom Brady, Ben Roethlisberger, or Peyton Manning at the quarterback position.

But not this year. It will be reigning league MVP Patrick Mahomes leading the Chiefs against the 49ers on Sunday. 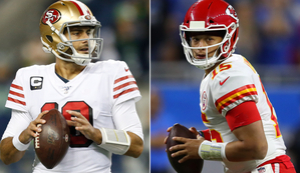 Mahomes will become just the seventh African American quarterback to start in a Super Bowl. He could become the third to win it, joining Doug Williams (with Washington in Super Bowl XXII in 1988) and Russell Wilson (Seattle, Super Bowl XLVIII in 2014).

Laurent Duvernay-Tardif: The first medical doctor playing in the NFL is in Super Bowl LIV
“My grandpa was a Redskins fan because of Doug Williams, and the way that he was able to be the Super Bowl MVP and do all those different things — a little bit before my time,” Mahomes said Tuesday. “With me, when I first got to Kansas City, I had the honor to have Mike Vick in the QB room in our training camp.
“The way that he talked about the game and he talked about how he executed it and then he talked about how he listened to Coach Reid and it took his game to another level. Just having those guys that kind of paved the way before me to let me be in this seat at this podium at this Super Bowl, it’s amazing and I’m glad that they did that for us.”
His meteoric rise, perhaps, is indicative of a new era in the NFL at the quarterback position.

‘The year of the black quarterback’

The No. 1 overall pick in the 2019 NFL draft was Kyler Murray. Jameis Winston led the league in passing yards this season, with 5,109. Right behind him was Dak Prescott, with 4,902. 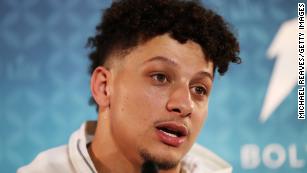 Super Bowl Opening Night: Chiefs and 49ers react to death of Kobe Bryant
Lamar Jackson was unanimously voted NFL MVP at NFL Honors, becoming the second-youngest person to receive the award. And Jackson wasn’t the only African American quarterback in the conversation. Wilson, Mahomes and Deshaun Watson were some of the top candidates. They all led their teams to the divisional round of this season’s playoffs.
And they could dominate the NFL for years to come. Jackson (23), Mahomes (24) and Watson (24) are all under 25 years old. Which is why the 2019 season has been known as “the year of the black quarterback.” 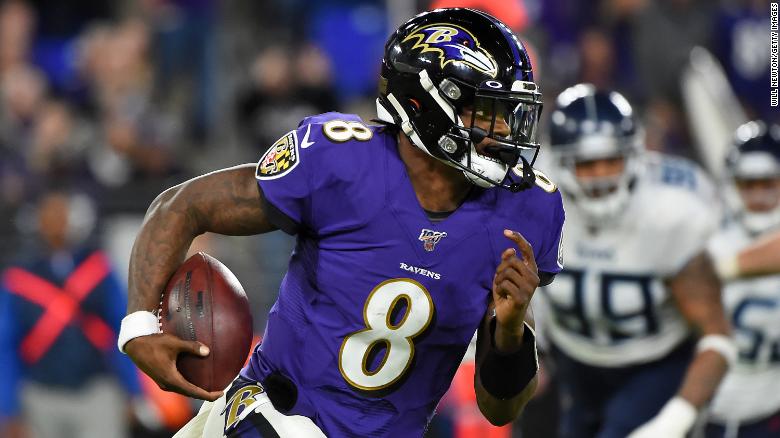 Lamar Jackson was voted NFL MVP at just 23 years old.
“It feels good to know we’re having an impact,” Watson told The Undefeated. “Our performance gives the young guys a lot more confidence — seeing us at a young age, especially African American quarterbacks having all this success we’re having in the NFL.”
Jackson told The Undefeated, “There’s a lot of us who have a ton of talent but we fail because of the lack of confidence, maybe because of our environment. Those guys can look up to guys like me who are here. They see us perform. They know where we came from, that can inspire them to be where we are.”
When Mahomes won MVP a year ago, he became the third African American quarterback to win the award, joining Cam Newton (2015 season) and Steve McNair (co-MVP with Manning in 2003). 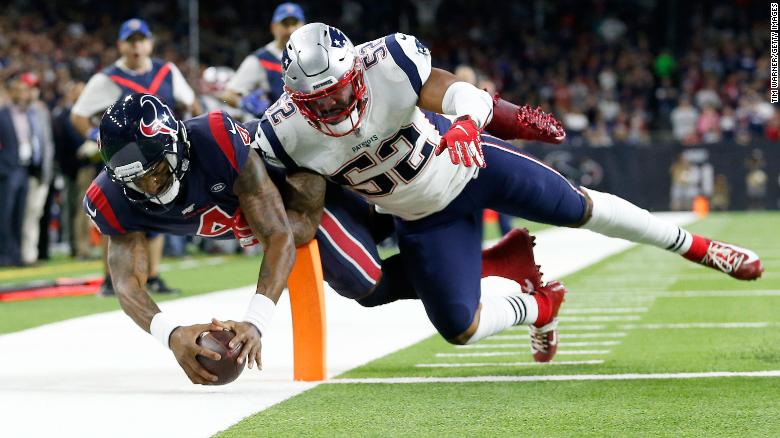 Deshaun Watson led the Texans to the divisional round of the playoffs this season.

“The best thing about it is that you’re showing kids that no matter where you grow up, or what race you are or whatever it is, that you can achieve your dream,” Mahomes said Tuesday.
“For me, being a black quarterback — having a black dad with a white mom — it just shows that it doesn’t matter where you come from. It doesn’t matter if you’re a baseball player or basketball player, or whatever it is. Just follow your dreams. “Whatever your dreams are, put the work ethic in, and you can be there at the end of the day.”

Warren Moon, meanwhile, was a Pac-8 co-player of the year and a Rose Bowl MVP when he was at the University of Washington. Yet he was not drafted into the NFL in 1978. Instead, he signed with the Edmonton Eskimos of the Canadian Football League and won five Grey Cup championships before playing 17 seasons in the NFL. To this day, he’s the only African American quarterback in the Pro Football Hall of Fame.
When Vick was drafted No. 1 overall in 2001, he became the face of the league and changed the game completely. Other African American quarterbacks throughout the years, like Randall Cunningham, McNair, and Newton helped pave the way for those who are playing today.
In addition to Williams and Wilson, McNair, Donovan McNabb, Colin Kaepernick and Newton all played in Super Bowls. Now it’s Mahomes’ turn.
“(MVP) is a hard award to win,” Mahomes said a year ago after earning the honor.
Then he said this: “Hopefully the next one I can get is a Super Bowl.”
Tags: African American NewsAfrican NewsBlack News
ShareTweetPin