The coronavirus has laid bare the disparities that have been ravaging Black communities for decades. Sure, we’re all in this together, but we’re not all being affected in the same way—nor have we ever been.

We’ve seen this movie before. Time and time again, diseases, economic downturns, and the combination of the two have disproportionately hurt Black communities. We are all feeling the impacts of this pandemic in very different ways, as a direct result of deep-rooted inequities based on class, race, and gender.

My organization, Black Futures Lab, has been researching these inequities for years. In 2018, we launched our Black Census Project, polling 30,000 respondents in the largest survey of Black people conducted in the United States since Reconstruction. It was clear from the results that the pain and legacy of slavery and Jim Crow still infect the everyday lives of Black communities. Many of us experience the written and unwritten rules in society that continue to conspire against us—because the rules of the game are, in fact, rigged. 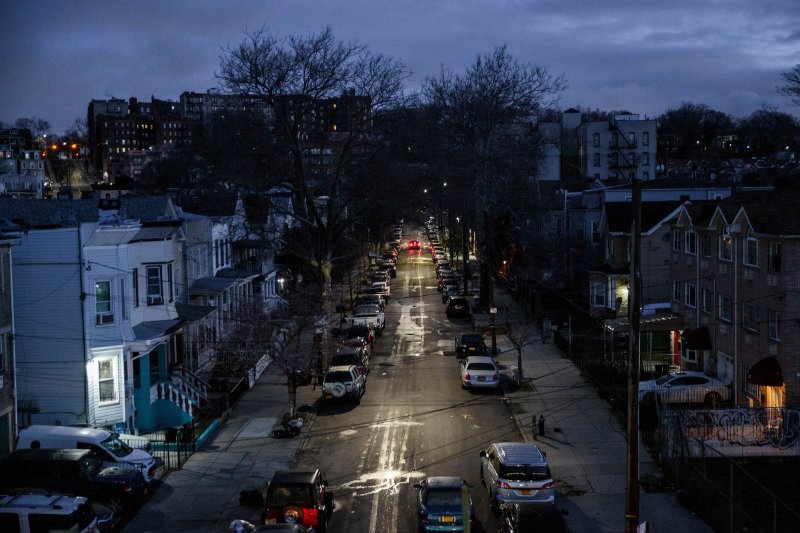 Early morning twilight over Brooklyn on March 24. Mayor DeBlasio declared a state of emergency in New York City last week, and large gatherings have been banned, and all nonessential businesses across the state have been ordered to close.

In the Black Census, respondents said that the economy kept them awake at night: 85% said that low wages that were not enough to support a family was a major problem, 86% said that the lack of affordable health care was a major problem, and 86% said that the lack of affordable housing was a key issue facing Black communities. In response to these enduring challenges, Black communities favored stronger government solutions: 85% favored raising the federal minimum wage to $15 an hour, 87% said the government should provide quality, affordable housing, and 90% said it was the government’s role to provide health care for all Americans.

To pay for it, more than three-quarters of respondents said the government should raise taxes on individuals making more than $250,000 a year, and 60% thought it was important for corporations to pay their fair share. 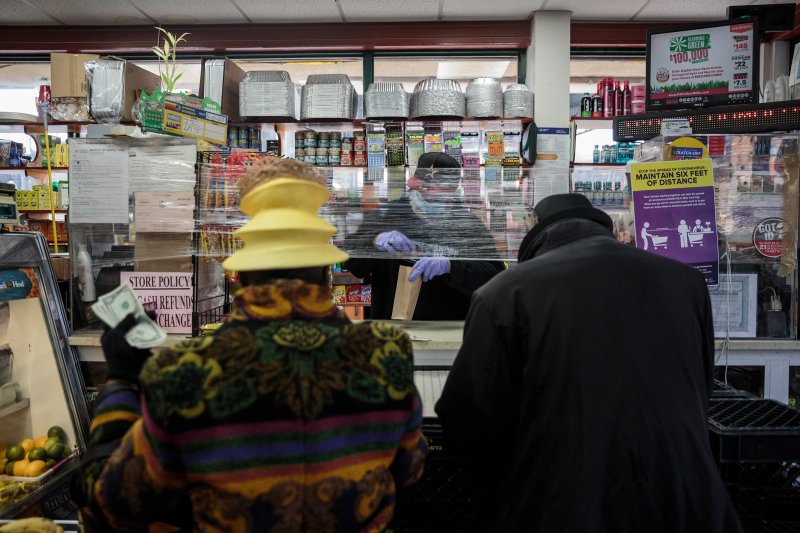 Blanche tries to buy batteries at the local convenience store after her radio stopped working on April 12. Most stores have been closed in the neighborhood, but the bodegas and hardware stores are open.

Our goal, though, wasn’t just to diagnose the symptoms of the crisis, but to prescribe the policy solutions that can help cure the sickness of structural racism and inequity. That’s why this February, we released our Black Agenda to outline changes required to help Black Americans flourish. We didn’t know then that a global pandemic was on the horizon, but the policy solutions it outlines are even more important today.

The Black Agenda demands that legislators take steps toward establishing universal health care in this country, expand early voting and vote-by-mail, and provide economic relief and infrastructure to the communities who power our economy. Lawmakers must address race head on in each and every policy decision made, as race-neutral policies only reentrench manufactured inequalities in our society. 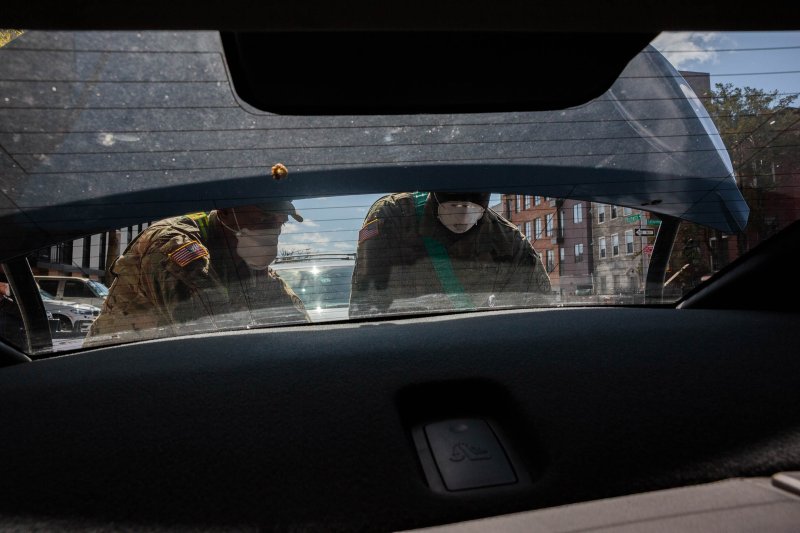 A roadside food pantry drop-off is set up in Bushwick neighborhood of Brooklyn, with specific hours set aside for senior citizens like Blanch and her husband.

As COVID-19 spreads, we’re seeing exactly what we feared: the virus is beginning to reach its peak in dense cities across the country, and Black people are clearly getting hit the hardest. In places like Milwaukee County in Wisconsin, Black people make up 27% of the population, and yet comprise almost half of coronavirus cases, and more than 71% of deaths from the virus.

We’re facing a typhoon on a raft made of reeds—without strong intervention to provide immediate relief in this crisis while addressing racial disparities that were prevalent before the pandemic, Black communities are sure to face devastation that will be worse than the Great Depression. Yes, “relief” packages are being passed through Congress, but they don’t go far enough to support Americans, especially Black communities in America who were already being impacted by decades of disinvestment and a lack of corporate accountability. 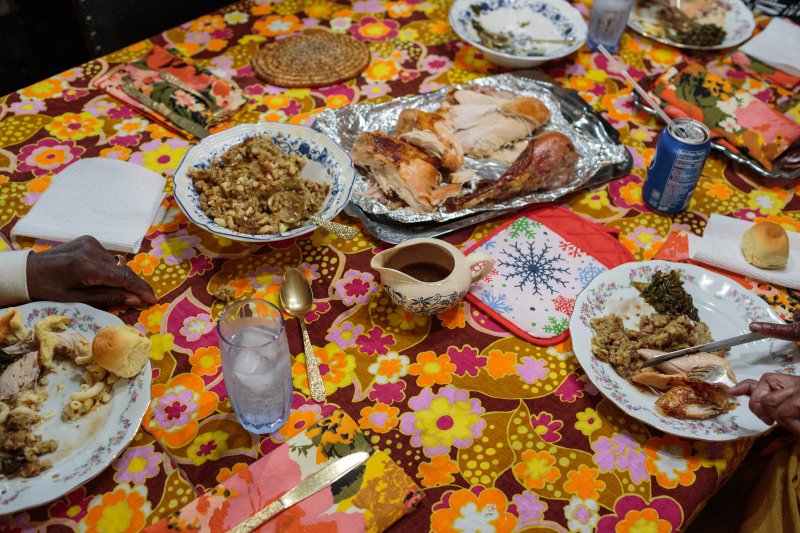 Blanche serves brunch to her 60 year old daughter and husband. On Palm Sunday, traditionally Blanche cooks a big meal for her family. This year, most of her family was too afraid to visit her, in light of Covid-19. With all the extra food, Blanche makes to-go boxes and is delivers them to the neighbors.

Black people are not disproportionately dying because we are not taking this seriously enough or through any fault of our own. In fact, a recent survey found that Black people were far more likely than whites to view the outbreak as a major threat to our personal health. Instead, it’s because rigged rules have created an environment where Black communities have worse economic and health outcomes, and also have a deep distrust for the government which has turned away from us.

In this time of great uncertainty and fear, the leadership of this country is doing little to earn back our trust, sending mixed signals to Black communities and putting us at greater risk. Today, the governors of states with the highest concentrations of Black residents in the country, like Georgia and Florida, are pushing to reopen the economy. Far from being a generous endeavor, this act serves only to place Black communities at higher risk.

Black workers are overrepresented in the service economy, yet the same businesses pushing to re-open are not required to make any commitments to ensure the health and well-being of their workers, or their customers. Healthcare professionals warn that without adequate testing to assess the scale of the problem, alongside a vaccine, we will continue to face an unprecedented number of deaths and urge staying home and physical distancing as a means of protection.

However, the Attorney General has said that he will penalize states that impose restrictions on businesses who want to re-open. The Surgeon General has provided conflicting information, calling on Black and Brown communities to stay home, to do it for “big mama.” Large rallies of mostly white protestors wearing bulletproof vests and carrying guns demand the right to play golf again and be able to get a haircut, with no penalties or consequences, while Black communities are being fined in cities like Detroit for being outside. 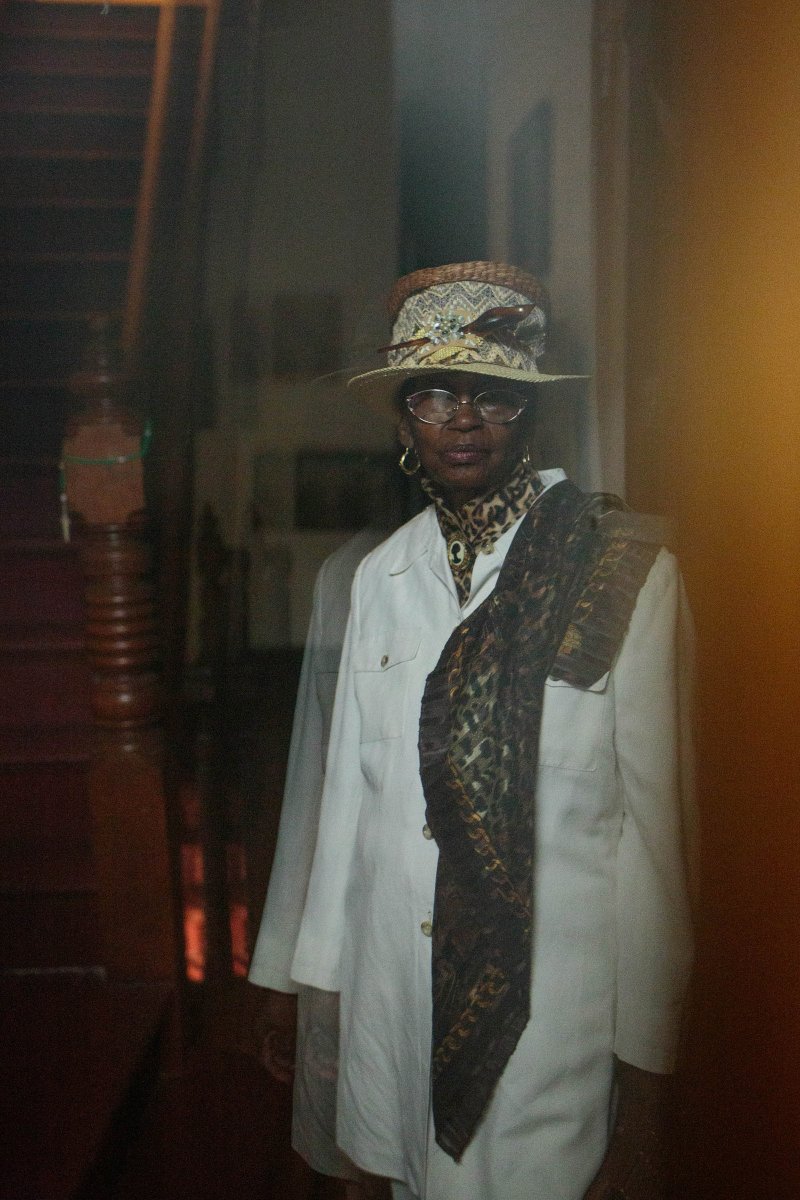 Blanche is dressed from head to toe in white for Easter weekend. While her neighborhood church is closed, Blanche still walks by the building as often as she can. Her church community is what she misses most.

These failures in governance are deadly. Now, more than ever, we need to keep those in power accountable to the people whose interests they have a duty and a responsibility to represent. Our demands in the Black Agenda are as needed as ever. In addition to clear and consistent moral leadership in the face of a once-in-a-generation crisis, elected officials need to respond to the urgency of the moment with bold policy solutions. 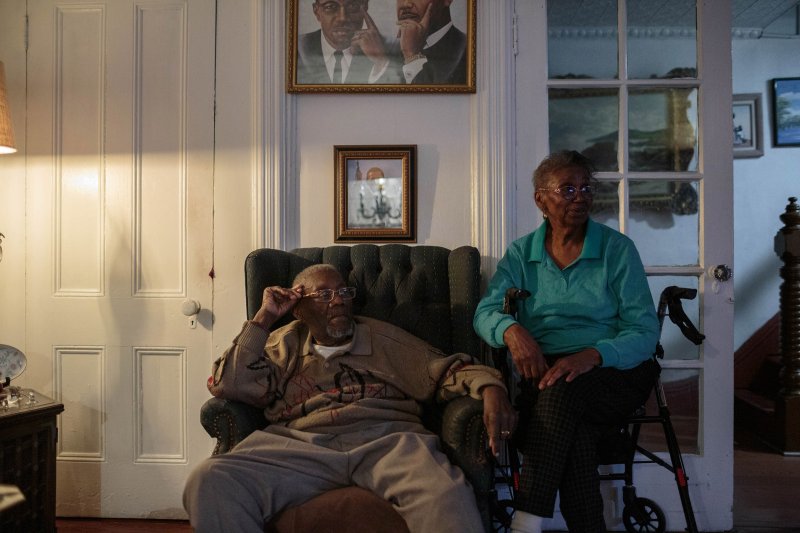 Blanche and her husband, Vance, watch Jeopardy in their apartment every evening at 7:00pm. While the TV has been dominated with news of the pandemic, their favorite shows offer them a release from worrying.

Black people have always been resilient in the face of unprecedented adversity and a government that does not care about us. We are holding readings for children, book clubs, happy hours and more online. We are leading relief efforts in our communities and taking care of our families. Most important, we are continuing to organize online, through Twitter, conference calls, video chats, and text messaging. As we continue to innovate in our efforts to make our government responsive and accountable to our needs, the government must answer back. 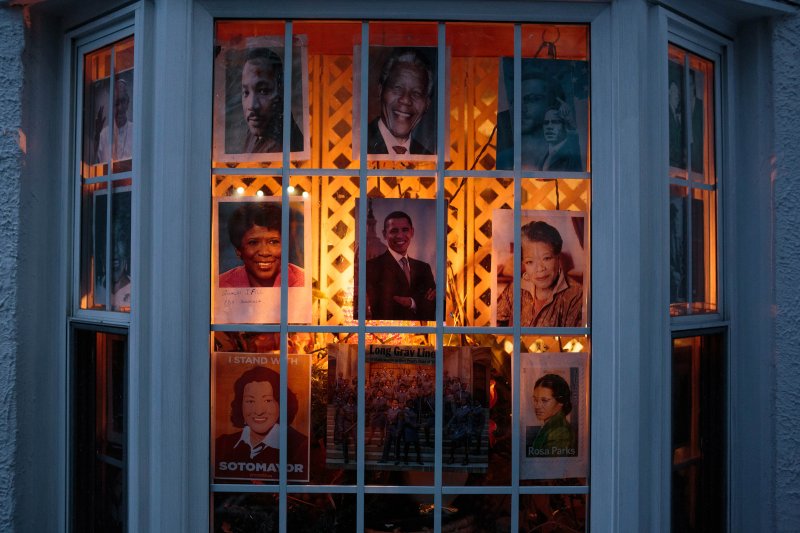 The front window of the Romey home in Bushwick is decorated with pictures of Blanche’s idols, ranging from Obama, Rosa Parks, Pope Francis, and a recent photograph of young black women who were recently admitted into West Point. Blanche hopes that the young neighborhood kids walking by will notice them and find some inspiration.