Two things happened in Elaine, Arkansas, on September 30, 1919, that led to the massacre of at least 200 African-Americans by white soldiers deployed by then governor of Arkansas.

The second instance – an offshoot of the first – happened after news spread quickly of the death of the white man, causing Arkansas Governor Charles Brough to immediately call in 500 soldiers from nearby Camp Pike to “round up” the “heavily armed negroes,” the  reported.

Also, these troops were “under order to shoot to kill any negro who refused to surrender immediately.” And when they did, they worked beyond the instructions given them, banding together with local vigilantes and killing .

But all this didn’t just happen out of no provocation at all. There are accounts of how aggrieved sharecroppers gathered at a small church in Elaine, Arkansas, in the late hours of September 30, 1919.

Knowing too well that their gathering could bring them a lot of trouble, these African-Americans were unfazed.

One other thing emboldened them more; they had enlisted the help of a prominent white attorney from Little Rock called Ulysses Bratton to help them get redress from the courts on their outrage over unfair low wages that were choking their livelihoods. 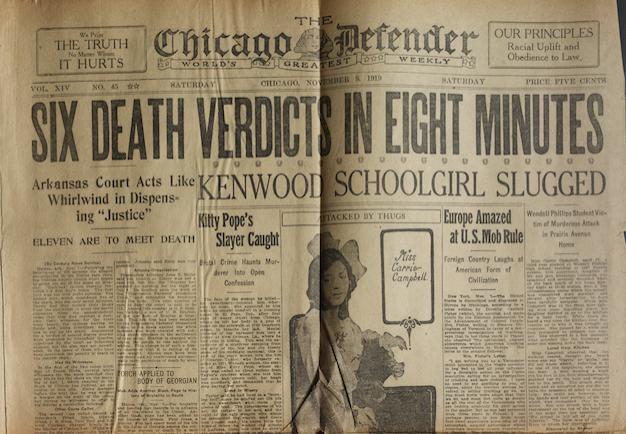 Megan Ming Francis, writing in the , stated that “There was very little recourse for African-American tenant farmers against this exploitation; instead there was an unwritten law that no African-American could leave until his or her debt was paid off.”

This practice allowed that each season, landowners came around demanding “obscene percentages of the profits, without ever presenting the sharecroppers detailed accounting and trapping them with supposed debts.”

Determined to get this situation resolved between themselves and their white landowners, the newly-freed slaves gathered in their numbers, storming the city and hoping to appear in court the following day to have their case heard.

However, at around 11 pm of that same night, as they put themselves to sleep in the church they were in, a group of local white men – some of whom may have been affiliated with local law enforcement – fired shots into the church.

The shots were returned by the sharecroppers, leading to the death of one of the white men. quickly of this killing and before long, there was a reinforcement of soldiers, deployed and armed to kill.

The rumours had it that the sharecroppers, who had formally joined a union known as the Progressive Farmers and Household Union of America (PFHUA), were leading an organized “insurrection” against the white residents of Phillips County.

The killings, in what is known today as the Elaine massacre, were indiscriminate as men, women and children unfortunate to have been in the vicinity at the time, were all slaughtered. Although at least 200 deaths have been recorded, there is a high possibility that the numbers far exceed that.

For , reports of torture emerged, among other brutalities that Black people were taken through. And before the episode ended, over a hundred Black people were arrested and charged with crimes, while some 12 of them were charged and convicted of capital murder.

And while the murder convictions were eventually overturned after the men spent years in prison, not a single white person was charged with any crime.

Local media coverage of the bloodshed only fanned the flames further, as daily reports sensationalized stories of an organized plot against whites.

Not even a seven-man committee that was formed to investigate the killings made the situation any easier for the African-Americans as it concluded that the gathering in Elaine was a “deliberately planned insurrection of the negroes against the whites” led by the PFHUA, whose founders used “ignorance and superstition of a race of children for monetary gains.”

That would, however, be the beginning of subsequent prosecution, leading to a Supreme Court decision that would upend years of court-sanctioned injustice against African-Americans and would secure the right of due process for defendants placed in impossible circumstances.

The Elaine Massacre Memorial is set to be unveiled in September and is being chaired by some descendants of the massacre’s perpetrators and victims.