SINTET, Gambia — Matty Sanyang was at a baby naming ceremony when the soldiers arrived in Sintet, a farming town not far from the West African coast, pulled her neighbors from their homes and announced that the president had made a decision: The people of her village were witches, and they would need to be cured.

Then, she said, the soldiers pushed her into a truck, stripped her naked and forced her to say she was a witch. “What they took,” said Ms. Sanyang, “was our dignity.”

On Monday, a public national truth and reconciliation commission in Gambia began hearing testimony from citizens like Ms. Sanyang who say they were victims of what commission officials are calling “witch hunts” ordered by Yahya Jammeh, the former president who ruled for 22 years before fleeing abroad in 2017 with his fleet of luxury cars.

The commission is designed to investigate atrocities perpetrated during his long reign. As president, Mr. Jammeh jailed dissidents, ordered extrajudicial killings and forced AIDS patients to quit their medications and submit to an herbal regimen of his own invention, according to human rights advocates.

He also branded some of his citizens as witches, a tactic his critics say was central to his effort to divide his country and consolidate power.

Now, for the first time, the people he accused are testifying before a nationally televised commission. On Monday, the witnesses included a former police superintendent who described how a top police official went from one office to another at police headquarters, accused some colleagues of witchcraft and sent them off to an unknown location.

The hearings on the roundups will last at least three weeks. Ms. Sanyang, a mother of four who lives in Sintet, is among those hoping to tell her story. 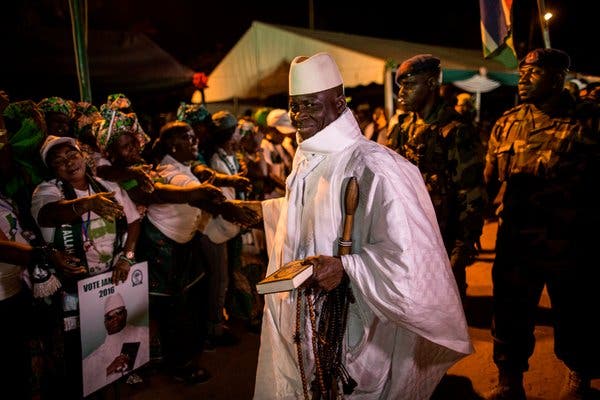 But as residents clamor to speak out, some are questioning whether their testimony will be enough to heal the divisions that Mr. Jammeh sowed.

Sintet, with its blue and yellow homes, sits 80 miles from the Gambian capital off a long road, past thick greenery and spired mosques. Its residents come from many ethnic groups — there are Jola, Mandinka and Fula people among them — and they were once united, many said, intermarrying and attending each other’s weddings.

Now they are split between those who still support Mr. Jammeh and those who don’t, often among ethnic lines. Some still believe their neighbors were witches, while others call the kidnappings and assaults a terrible crime.

The ordeal has also divided Gambians outside of Sintet. Some people refuse to visit the town, calling its residents sorcerers. Other Gambians call them killers, because several of Mr. Jammeh’s admitted hit men hail from the area.

Momodou Bah, 34, a former elected official from Mr. Jammeh’s party, said the discord encouraged by the regime — and specifically by the accusations of witchcraft — “will probably take us some two decades to mend.”

Persecution based on accusations of witchcraft still occurs around the world, a phenomenon that often goes unrecognized, according to the Witchcraft and Human Rights Information Network, a nonprofit research and advocacy group.

In many cases in West Africa, said Leo Igwe, a Nigerian scholar with the network, accusers are trying to explain a misfortune, and come to blame a neighbor or family member they believe is possessed by evil.

These accusations frequently lead to torture, said Mr. Igwe, and those who survive can live the rest of their lives with a “violent sense of disconnection from society.” 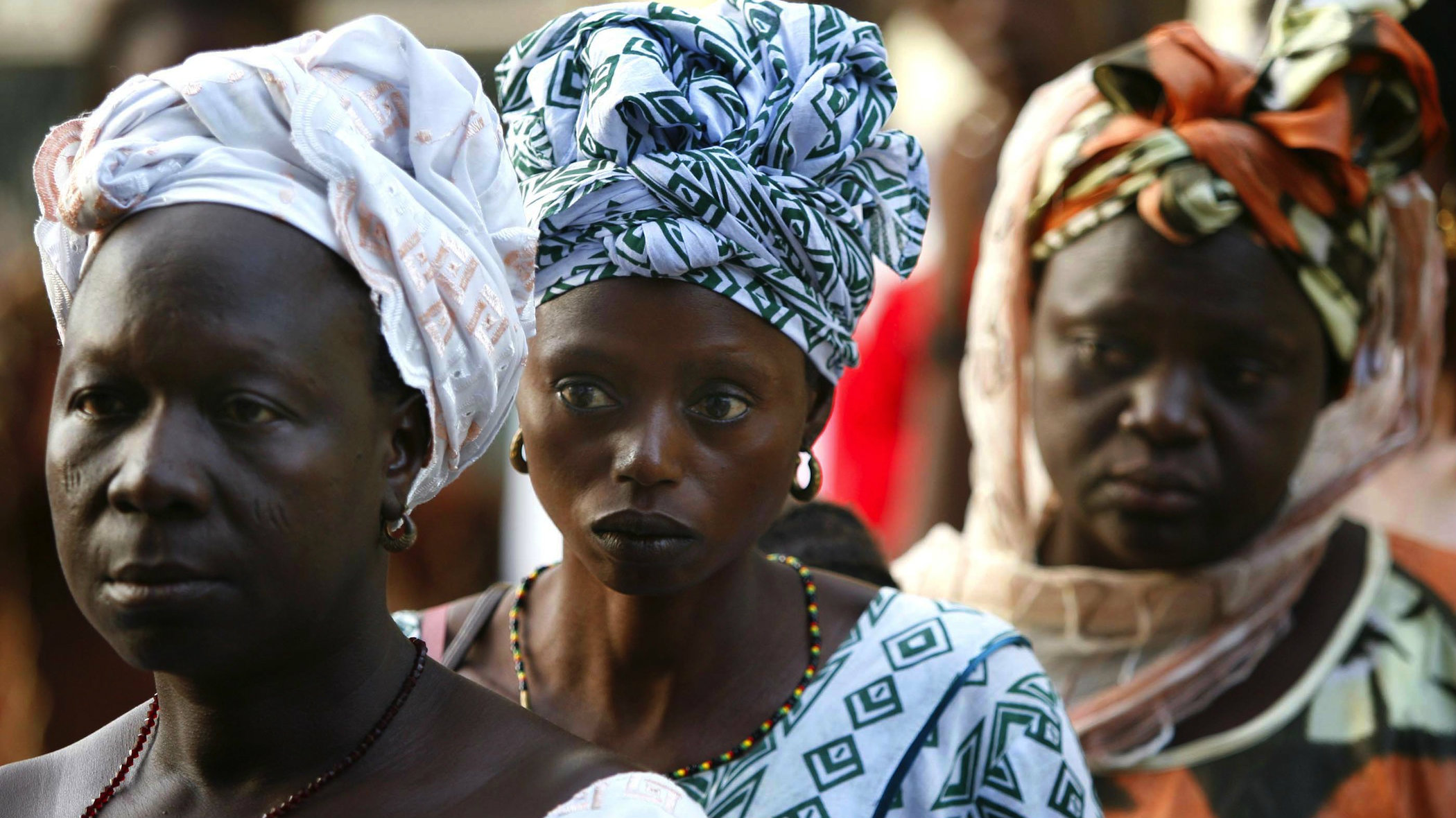 What distinguished the Gambian experience, he said, was that the former president, Mr. Jammeh, appeared to use witchcraft accusations as a state tool, and targeted people on a “mega scale.”

Hundreds of people were abducted during the attacks in Gambia, according to Amnesty International, and at least two died of kidney failure in the aftermath. In Sintet, soldiers poured a burning liquid into the throats and eyes of many residents, according to witnesses, leaving some plagued by vomiting and diarrhea; others said they have experienced long-term kidney and vision problems.

Gambia is an overwhelmingly Muslim nation, with a sizable Christian minority. Over time, some families have braided fear of witchcraft into their broader belief systems.

Mr. Jammeh’s accusations held so much sway because many people in Sintet were already his supporters.

One Friday this summer, officials from the truth commission, along with a Gambian human rights activist, Fatou Baldeh, took the highway from the capital to Sintet to hold a workshop meant to help villagers wrestle with the past.

The green flags of Mr. Jammeh’s party hung outside many homes. Many said that Mr. Jammeh was one of few politicians to bring them the economic boom they see in the rest of the world.

In the preschool building, residents explained to Ms. Baldeh that Mr. Jammeh had made that very highway possible. He had brought them power tillers, they said, and tractors, fertilizers and education.

“He loved the students,” said Rohey Bah, 19, a woman about to finish high school.

“He boosted our agriculture,” said Habibou Tamba, 33, a man who remains a Jammeh supporter.

But then there were the kidnappings. 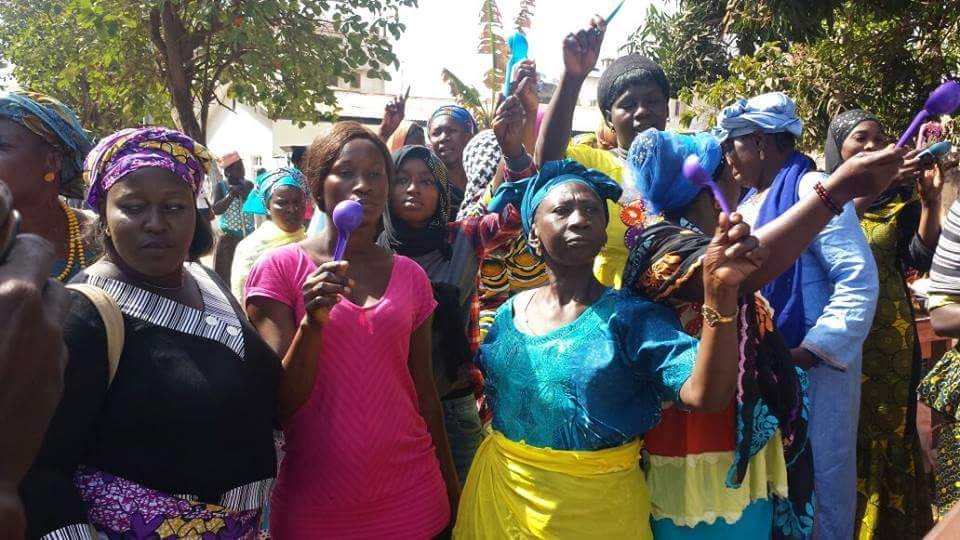 Ms. Sanyang, wearing a blue dress, recalled how on the day of the roundup, in March of 2009, the baby naming ceremony burst into chaos as people ran from the soldiers.

Trucks and buses poured in, she said. Then came a crowd of men cloaked in red, holding mirrors. The men said they were healers and went house to house, guarded by military and police officers, pulling people from their beds and sending them to the trucks.

Mr. Bah, then an elected leader in Mr. Jammeh’s party, said he watched them take his aunt and his grandmother. “They said they were doing this job for the president,” he said.

The officers drove dozens of people to Kanilai, the president’s hometown, to a compound on the president’s farm, according to interviews and information collected by Amnesty International.

Inside the compound, officials forced Ms. Sanyang and dozens of others to drink the strange liquid, and splashed it in their faces, she said.

Mr. Bah, alarmed, said he had followed the caravan to the compound and entered to try to negotiate the release of Sintet’s citizens. He said he saw his neighbors screaming and writhing on the floor until they eventually lost consciousness.

When Ms. Sanyang came to, she said, soldiers stripped her and others naked. It was an affront that for her, a religious Muslim, was equal to sexual assault.

Another woman, Sutayring Manjang, now 80, said officials forced her and others to admit they were witches and accused her of using sorcery to kill people. In one tent, Mr. Bah said, officials appeared to be videotaping these interrogations.

Some people were kept for a night, others for three or four, Mr. Bah said. The soldiers eventually released their captives, amid pleas from Mr. Bah and others.

A spokesman for the Gambian military, Maj. Lamin K. Sanyang, did not deny that soldiers participated in the kidnappings, adding that he was waiting with the rest of the country to hear witnesses testify. But he said the soldiers’ participation was not sanctioned by the military.

“The manner by which they got involved — I am not privy to that information,” he said.

The community divided along political and ethnic lines. Mr. Jammeh is a member of the Jola ethnic group, and some Mandinka and Fula people began to blame the Jolas for the attack. They stopped attending each other’s weddings.

The journey toward reconciliation has moved slowly.

The truth commission hearings began in January and are expected to last two years. After, the attorney general will decide whom to prosecute. Mr. Jammeh is in exile, and no one knows if the authorities will be able to bring him to court.

Some of the testimony will take place in a town similar to Sintet, called Jambur, where 66 people were taken during a kidnapping, said Fatoumata Mballow, a commission employee who has been conducting interviews there. Six people in Jambur died in circumstances that locals attributed to the toxic liquid, she said.

In Sintet, Ms. Sanyang said that even if she goes on television to tell her story and proclaim she is not a witch, she wasn’t sure if people would believe her.

But she wants to testify anyway, she said. “I want to be able to say: ‘This happened to me.’”